This page of the guide to Dragon Ball Z: Kakarot has a walkthrough for the following missions: Unexpected Visitor, Tien's Sacrifice. 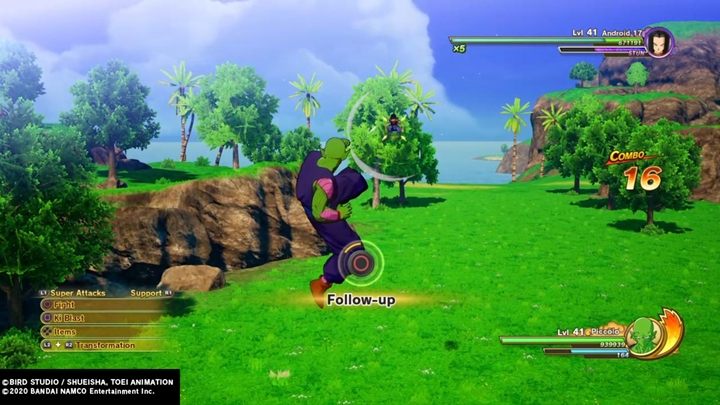 You play as Piccolo. The Androids reached Master Roshi's house. You have to face Android 17 (level 41). The enemy is much weaker than Android 18 - if you fight aggressively, you can quickly end this battle. Counterattack melee attacks, block and then stun the enemy. You should also finish your combos with a strong Ki attack. 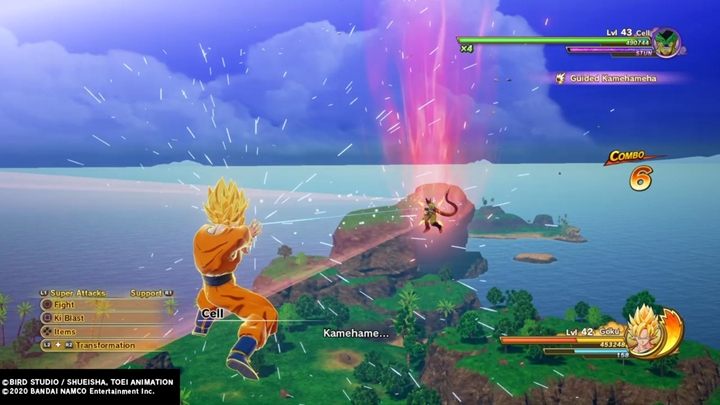 After the cut-scene, you will take control of Goku. You must fight Cell (level 43), who has reached his next form. The enemy can, e.g. use Goku's and Piccolo's techniques and perform strong melee attacks. It is best to dodge his special attacks and counterattack using your techniques. Don't forget to transform into a Super Saiyan to deal more damage.