This page of the guide to Dragon Ball Z: Kakarot has a walkthrough for the following missions: The Fated Day, Attack of the Androids. 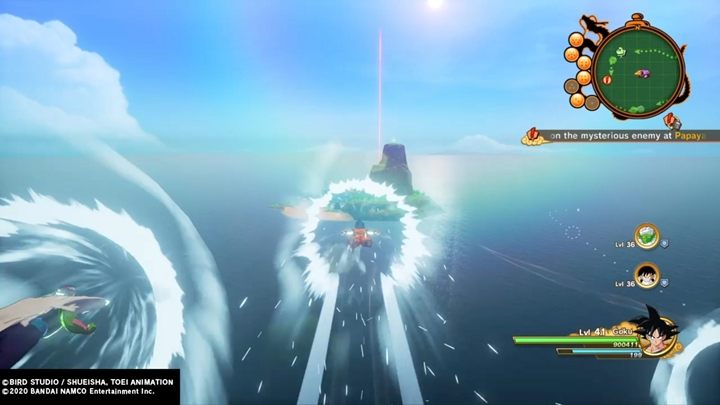 Go to the battlefield and speak with the rest of the warriors. After the cut-scene, Yamcha will be fatally injured - fly to the specified location to start fighting the Androids. 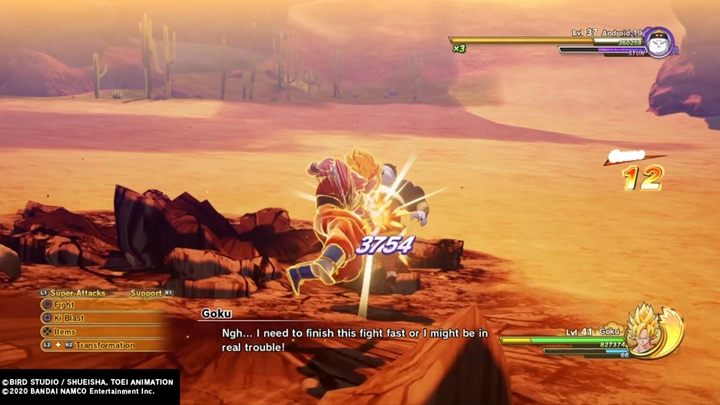 You have to face Android 19 (level 37). The opponent has a much lower level, so it won't be difficult to beat him. Just charge at the enemy and use, e.g. Kamehameha. When the enemy's health bar drops to a certain value, the fight will end. Watch the cut-scene during which Goku will fall.

DBZ Kakarot - Attack of the Androids 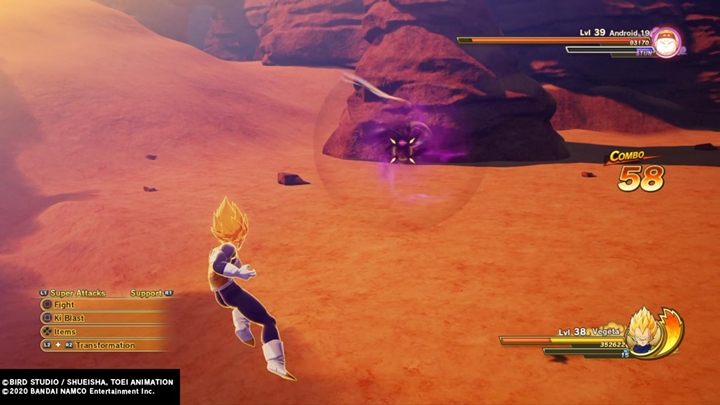 You are fighting Android 19 again (level 39), this time as Vegeta, who has finally become a Super Saiyan. The Android is now more dangerous than before. His attacks aren't anything special, although you should be careful when he makes a dark vortex around himself. Each Ki attack on the enemy heals him in this state, so be careful not to prolong the fight with reckless attacks.