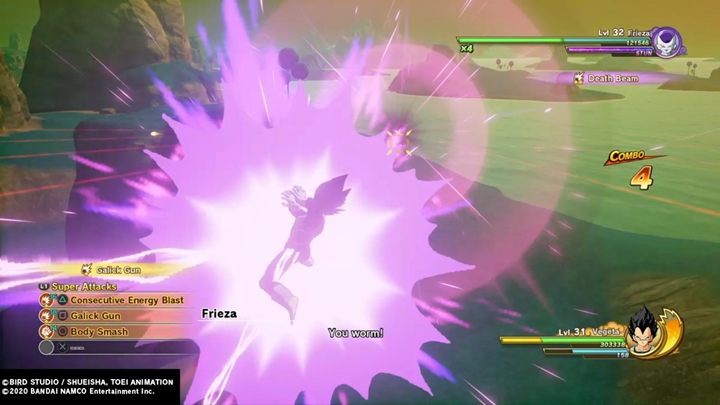 Prepare for the upcoming fight. You play as Vegeta - talk to the rest of the team and start the fight. Frieza is at level 32 and is much more mobile than in the previous forms. Charge and use powerful attacks to defeat the enemy. Unfortunately, this was only Frieza's warm-up. He defeats Vegeta without any problems.

DBZ Kakarot - The Return of Goku 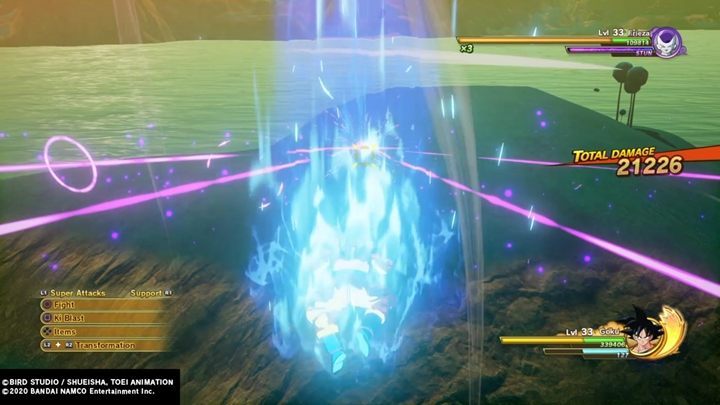 You now play as Goku. Before starting the fight, you should improve some skills, including Kamehameha. Fly to the specified location and face Frieza who is now at level 33. Unlike the previous clash, Frieza will now be more serious. When he uses his laser attack, stand between the energy beams. Use Kaioken, watch out for his range attacks and try to stun the enemy and then use Kamehameha. Win the fight to finish this episode.