This page of the guide to Dragon Ball Z: Kakarot has a walkthrough for the following missions: All the Dragon Balls, The Magic Words, The Fearsome Emperor, Piccolo to the Rescue!, Fearful New Form.

DBZ Kakarot - All the Dragon Balls 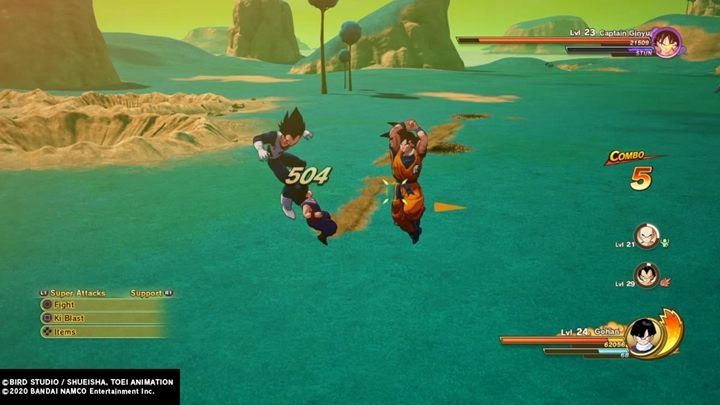 You play as Gohan again. Fly to the place where the Dragon Balls are, and you will face Captain Ginyu at level 23 and Jeice at level 26. The fight shouldn't be difficult since Captain Ginyu can't use Goku's potential, and Jeice relies mainly on his energy attacks. In addition, Krillin and Vegeta will help you in the fight. 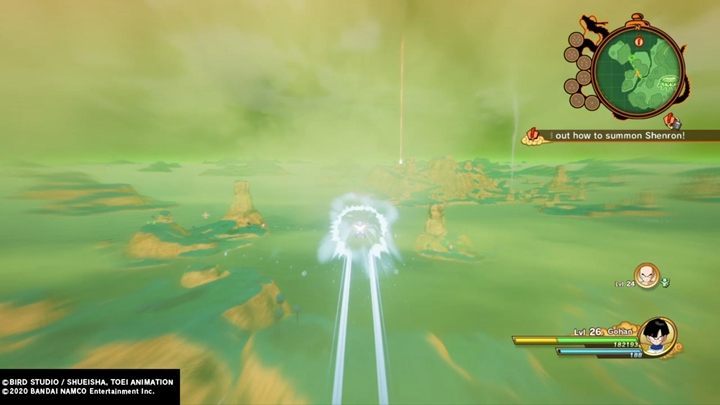 You have unlocked, e.g. a new side mission. Fly to the specified location, and you will see the cut-scene during which Shenron will appear. 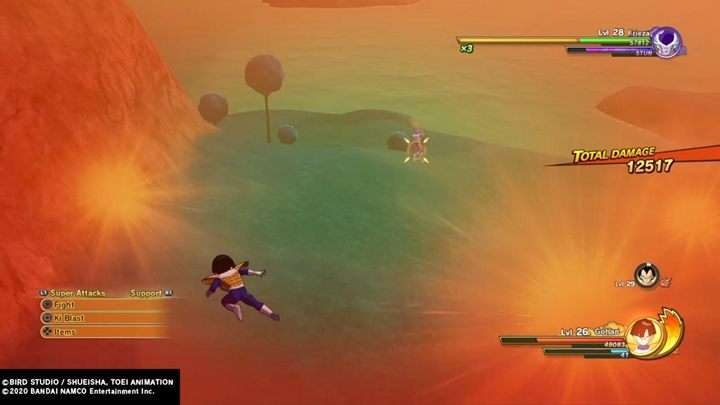 Watch the long cut-scene. Frieza finally appears - he is at level 28. The enemy is in his second form - the fight starts with Krillin getting severely wounded. Vegeta helps you in the battle, so use his super attacks. Frieza's most dangerous attack surrounds you with energy balls - you have to run away from them (backward or forward) because the explosion will severely injure you. Deal enough damage to Frieza to end this sequence.

DBZ Kakarot - Piccolo to the Rescue! 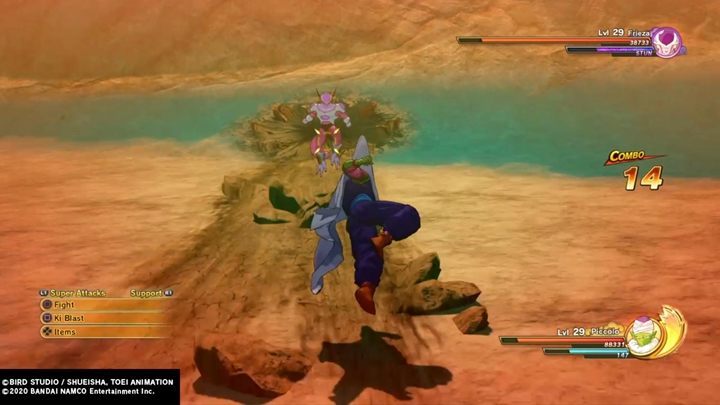 Piccolo appears on Namek. He is much more powerful thanks to his fusion with Nail. Fly to the designated location and face Frieze (this time he is at level 29). The enemy fights the same way as before - he is very aggressive and will often charge at you. Block, dodge, and counterattack. 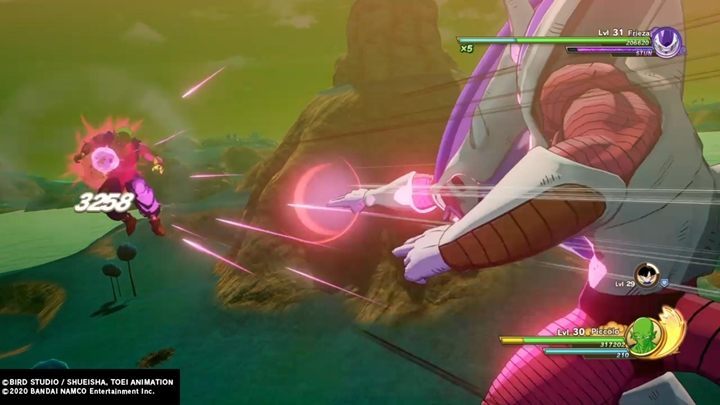 Frieza has transformed into his third form. He is at level 31 and has a new fighting style. Now the enemy uses a lot of Ki attacks that deal massive damage. They are rather difficult to avoid, so it is better to block them and attack with area of effect moves. You should also use Gohan's help. After winning the battle, the episode will end. Frieza will reveal his final form.