This chapter of the guide to Dragon Ball Z: Kakarot has a walkthrough for the following missions: Goku's Arrival, Putting the Training to the Test, The Fight with Captain Ginyu. 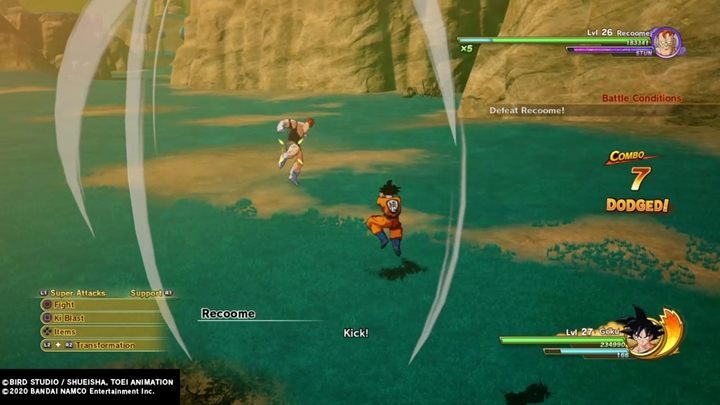 Goku arrives on Namek to help Gohan and Krillin. Fly to the specified location to face Recoome. The enemy is at level 26 and uses the same attacks as before. If necessary, you can use the Kaioken technique to make Goku even more powerful. Kamehameha works great, too. It deals a lot of damage and has a great range.

DBZ Kakarot - Putting the Training to the Test 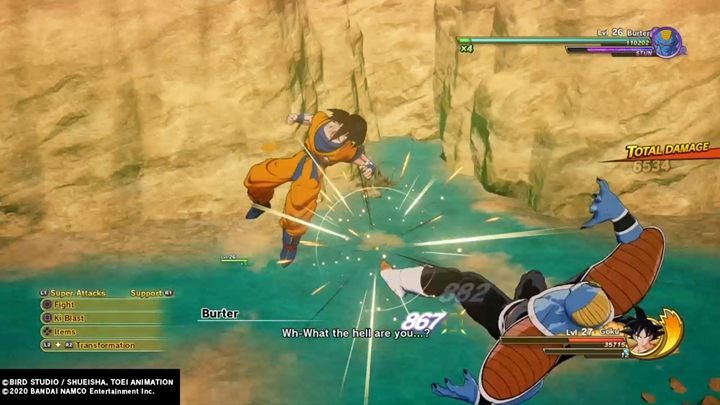 After the victory, it is time to face Burter and Jeice. You will face two enemies, both at level 26. Concentrate on one opponent and watch out for the second. Jeice and his attack with a large energy ball are especially irritating. Use Kaioken and heal when necessary. 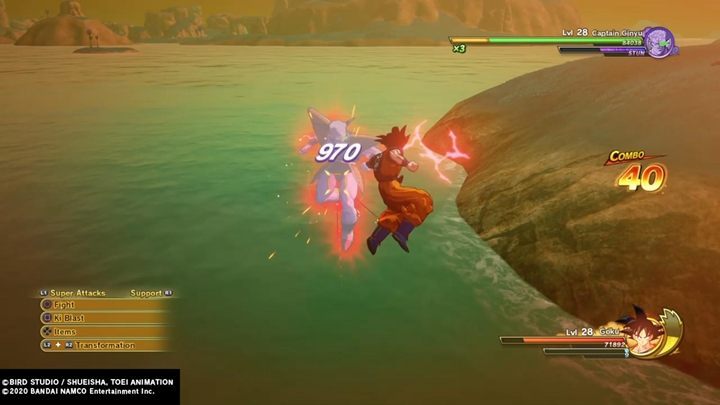 Time for a duel with the captain of Frieza's special forces. You have to fight Captain Ginyu who is at level 28 and Jeice at level 26. It is better to focus on the weaker opponent first - his energy attacks can be a problem here. Captain Ginyu prefers melee attacks and will use, e.g. a powerful kick. Focus on blocks and counterattack with stun attacks. Win the fight to end this episode.