This page of the guide to Dragon Ball Z: Kakarot has a walkthrough for the following missions: Gohan's Latent Power, The Dreaded Ginyu Force, Guldo's Claim to Fame. 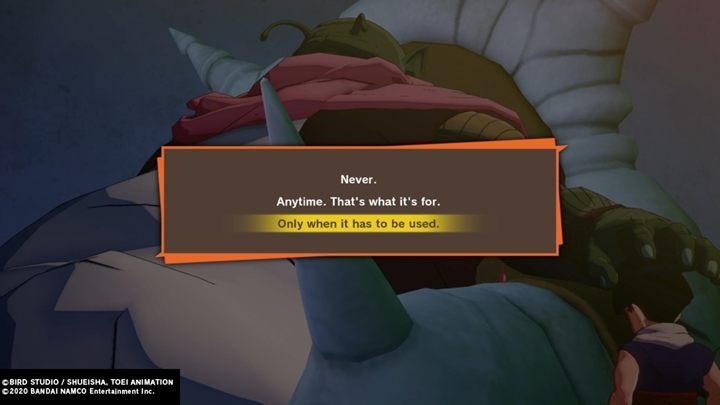 Fly to the Guru - he will awaken Gohan's power. Answer the following questions: 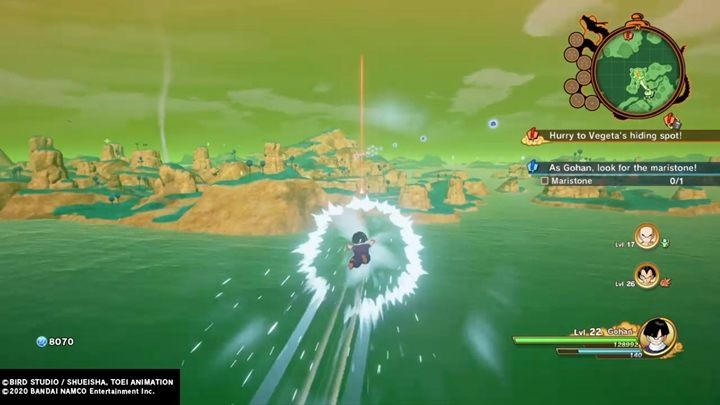 Fly to where the rest of the Dragon Balls are hidden. There are several difficult fights waiting for you, so make sure you are ready. 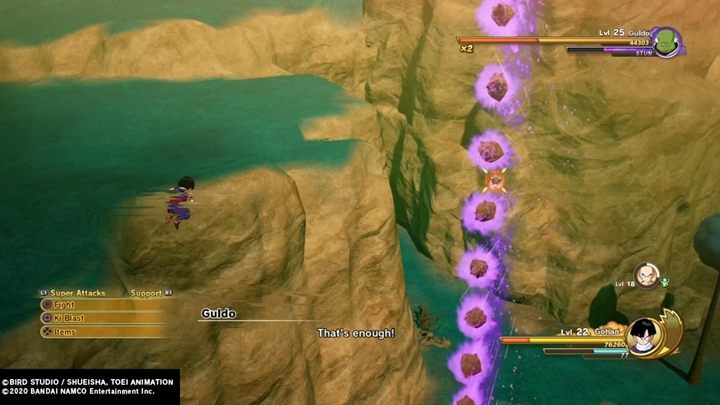 Watch the cut-scene and prepare for your first fight with a member of the Ginyu Force. You have to fight Guldo who is at level 25. The enemy uses telekinesis, can paralyze you and throw rocks at you. Most of the attacks are easy to avoid - keep dodging to get out of their range. Guldo doesn't like it when you attack him with melee attacks - he will push you away and use paralysis. Reduce the distance as much as possible and avoid his attacks, and you will win the clash. You should also remember about Krillin's special attacks. 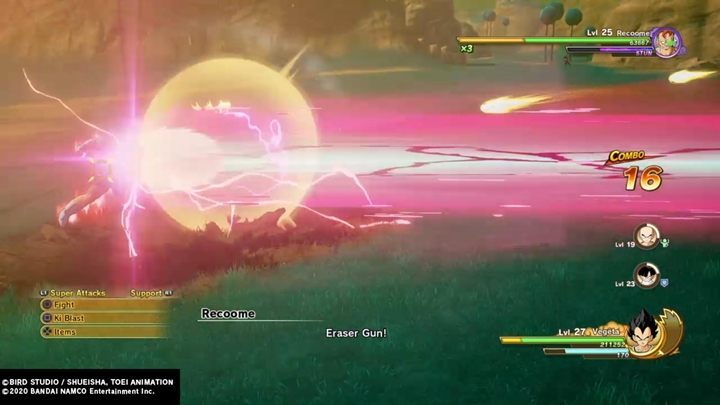 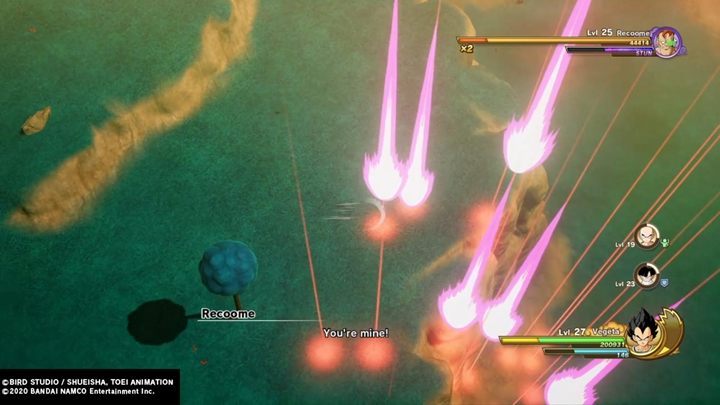 The second enemy is Recoome, who is also at level 25. The enemy has strong beam attacks and can attack you with Ki from above. Both attacks are fairly easy to dodge. Wait for the moment when the enemy makes a pause between attacks and go on the offensive. Galick Gun works great here. Win the battle to finish this episode.