This chapter of the guide to Dragon Ball Z: Kakarot has a walkthrough for the main missions. You will find information about the following missions: Clash with Zarbon, Hunt for the Dragon Balls, Vegeta's Rampage, Dragon Ball Battle. 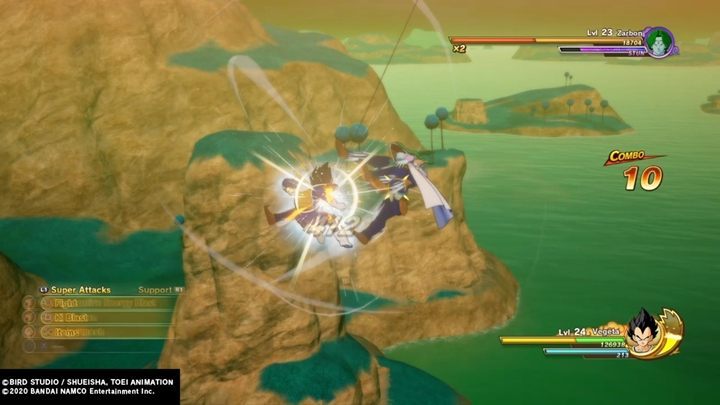 Fly to the designated location and face Zarbon. The opponent is at level 23 and he can perform, e.g. strong melee combos and multiple kicks. Try to block his attacks. When he is done with his combo, go on the offensive. In the end, however, Vegeta will be defeated. Watch the cut-scenes, and you will get, e.g. Guru's Soul Emblem. 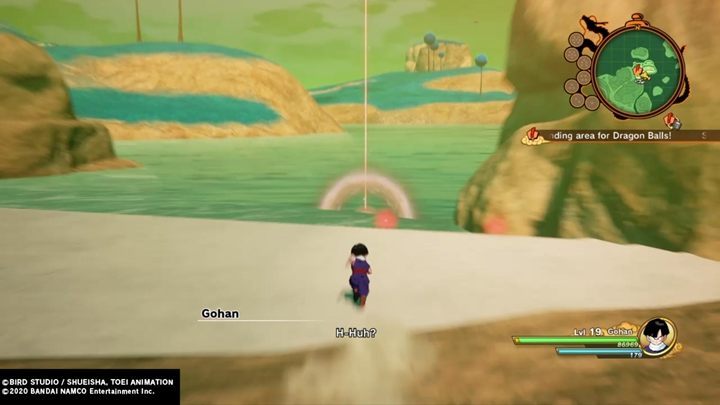 You are back to playing as Gohan. There is a new side mission in the area - you can finish it if you want. Fly to the specified location, activate the special sight and pull the Dragon Ball out of the water. 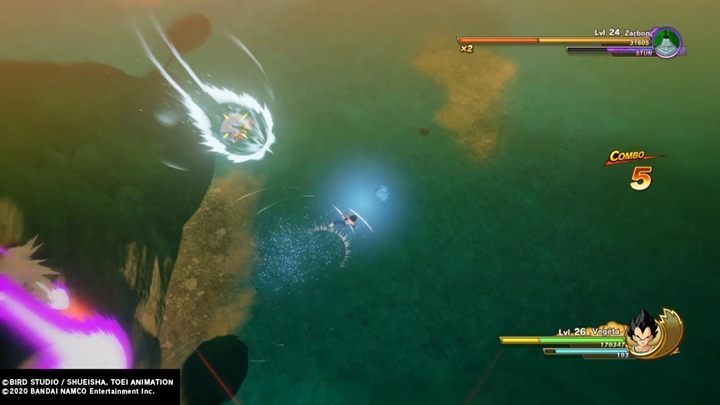 Vegeta has recovered - you now have to play as him again. Time for a rematch with Zarbon. The enemy is at level 24 and is weaker than Vegeta. He changed his fighting style - the enemy is much more aggressive and he will, e.g. often charge at you. Perform dodges to avoid these attacks. His special attack is also a charge - the camera changes and you have to dodge his attacks for a while. If he catches you, you will receive a lot of damage. Defeat Zarbon to move to the next mission. 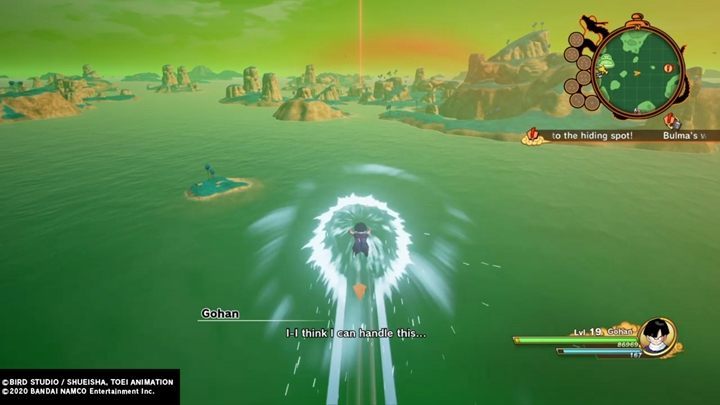 This is a short mission. Fly to the designated place, and you will meet Vegeta. Watch the cut-scenes and you will move on to the next episode.