This page of the guide to Dragon Ball Z: Kakarot has a walkthrough for the following missions: Namek in Turmoil, Operation Rescue Dende!, Sneaky Vegeta. 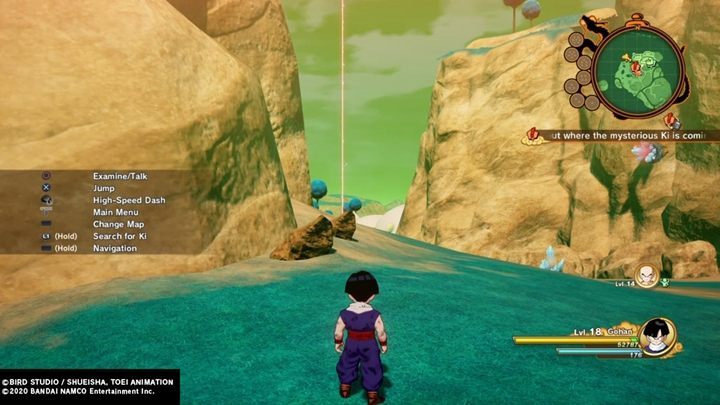 You can't fly and use Ki - don't let the enemies detect your power level and presence on Namek. Run to the specified location, and you will see a cut-scene where Frieza's soldiers kill the Namekians. Gohan will try to help the innocent - this triggers a fight. 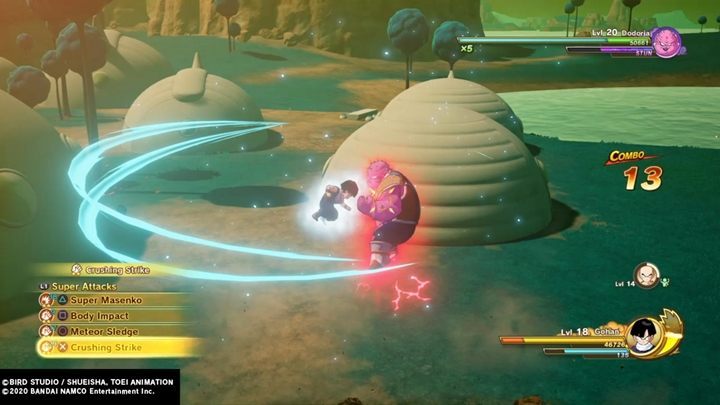 You will fight with Dodoria, who is at level 20. The opponent fights in a similar way to Nappa and he is quite slow. Counter him by dodging. You should also focus more on quick attacks. Remember that Krillin helps you in the fight, so use your friend's super attacks. When Dodoria is defeated, Gohan and Krillin will run away with Dende. 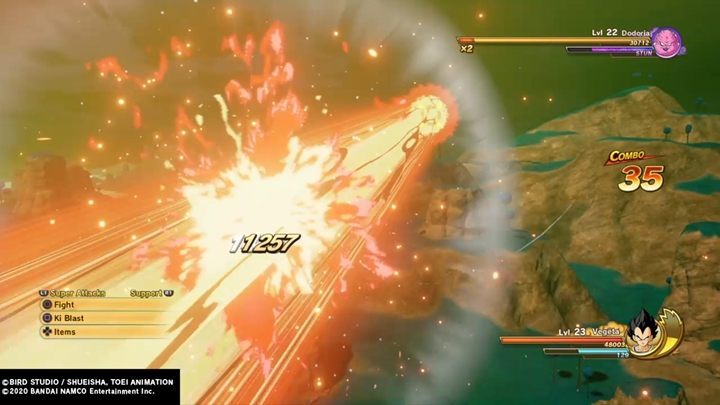 As Vegeta, you need to finish the job and defeat Dodoria. The enemy is now at level 22 and is more effective in combat. Beware of his powerful special attacks that cause a lot of damage - Dodoria likes to spam these attacks, so be on your guard. Beat the opponent to finish this episode.