This page of the guide to Dragon Ball Z: Kakarot has walkthroughs to the following missions: Bulma's Advice, Interplanetary Preps, The Welcome Party, Vegeta vs. Cui, Hideout on Namek. 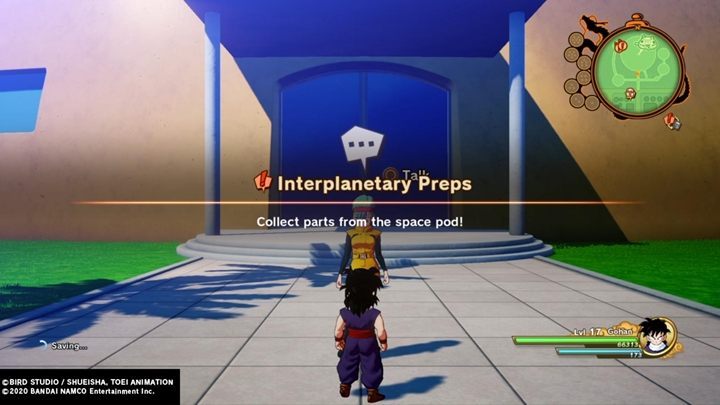 There are several additional side quests on the map, so if you want to finish them, this is the right time. Go to the West City and talk to Bulma - she will order you to collect construction materials. 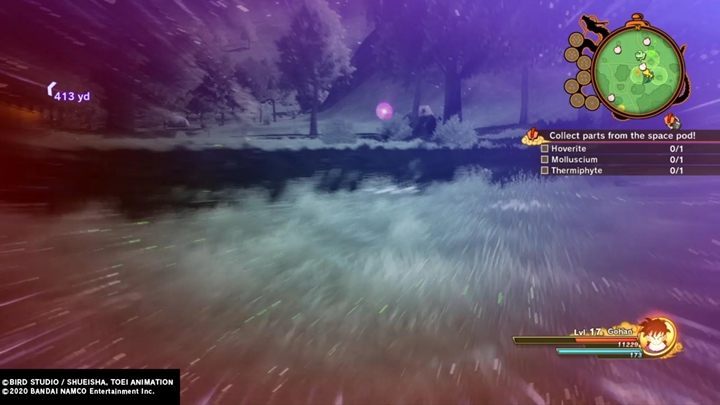 Materials are located nearby - they are marked on the map. Fly to the specified area, activate the special sight mode and look for purple orbs. You will also have to defeat a group of lesser opponents. Return with the items to Bulma, and you will get her Soul Emblem. Talk to the woman when you're ready to fly to Namek. Try to complete the side missions before you decide to fly on the next planet. 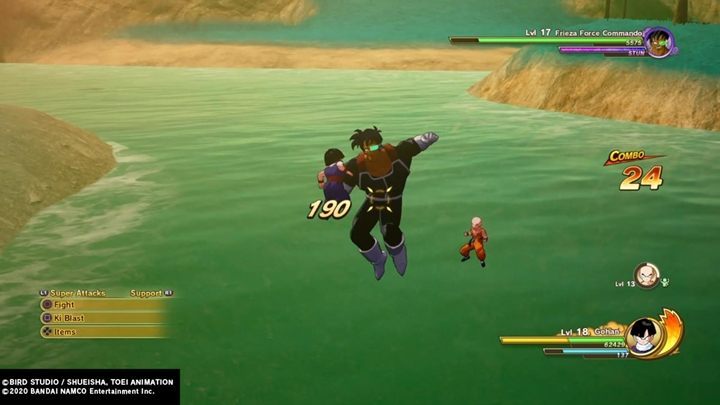 Watch the cut-scene to learn more about the situation on Namek. Many opponents have gathered there, including the mighty Emperor Frieza, who wants to become immortal with the help of the Dragon Balls. Defeat the two soldiers (both have level 17) - they serve as a warm-up for the more challenging battles. 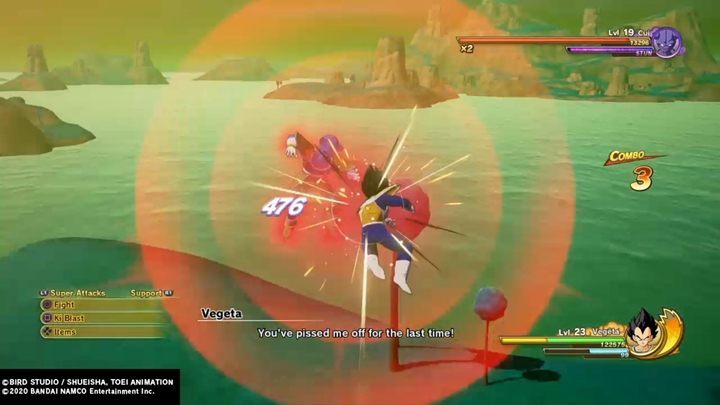 You are now playing as Vegeta, who is also hunting for the Dragon Balls. Find Cui and face this opponent. The enemy has level 19, and Vegeta has 23, so you have a very big advantage. This is a good opportunity to test Vegeta's special attacks - you will play him a lot. After winning, you will receive Vegeta's Soul Emblem. 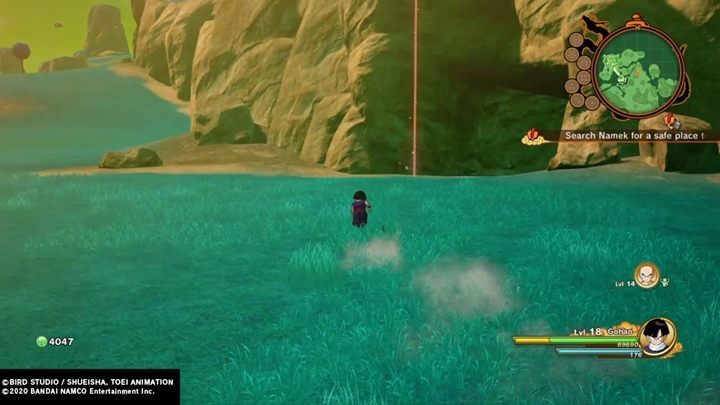 Another short sequence. You play as Gohan - move to the nearby cave to escape from the incoming enemy forces. After that, the episode will end.