This chapter of the DBZ Kakarot guide contains walkthroughs for the following missions: The Resistance and Intermission. 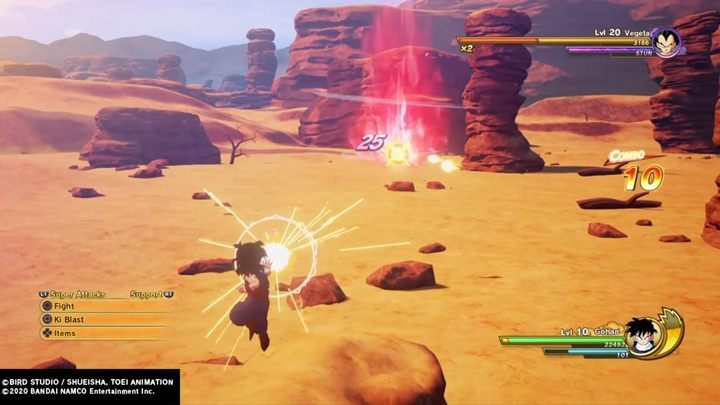 As Gohan, fly to help Goku. If you want, you can slightly strengthen the character, although in this case, you won't participate in particularly difficult fights. You must defeat severely weakened Vegeta who has level 20. The enemy has little health, so it is worth to attack him with ranged attacks. It is better not to risk with melee attacks - the enemy can very quickly defeat Gohan, especially since his level is much lower. 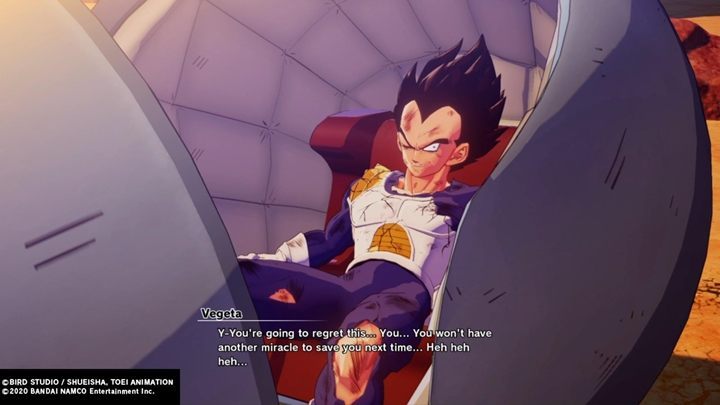 Win the fight and watch a few cut-scenes. Vegeta will leave the Earth. You have stopped the Saiyans invasion on the Earth. 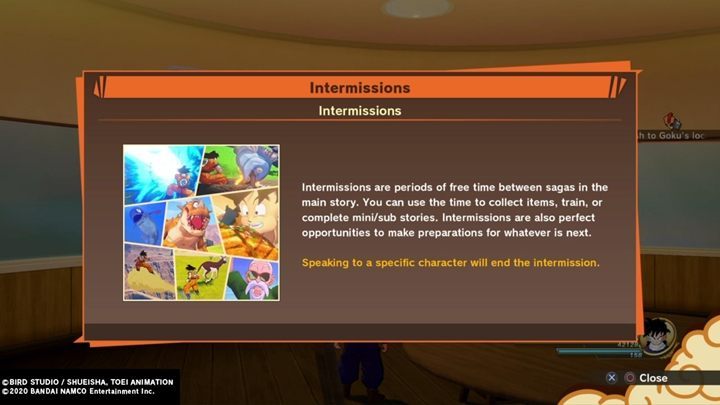 After completing the intense Attack of the Saiyans Saga, you can take a break from further adventures. This break is called Intermission, a free time between subsequent sagas. You can use this time however you want - complete many additional side missions, train as Gohan, hunt, etc. First, talk to Chi-Chi and go to the village for a new recipe for delicious food. Go back with it to Gohan's mother and eat. 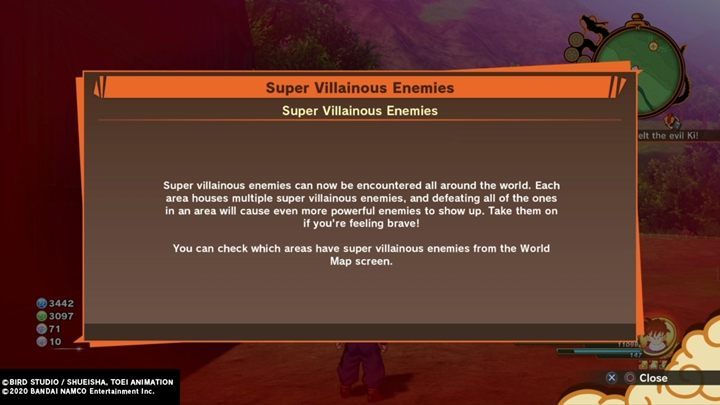 Now head to the specified location, and you will encounter Saibamen. This is a strengthened version of these enemies - defeat them, and the game will tell you that you can fight with stronger opponents to get the most valuable rewards. 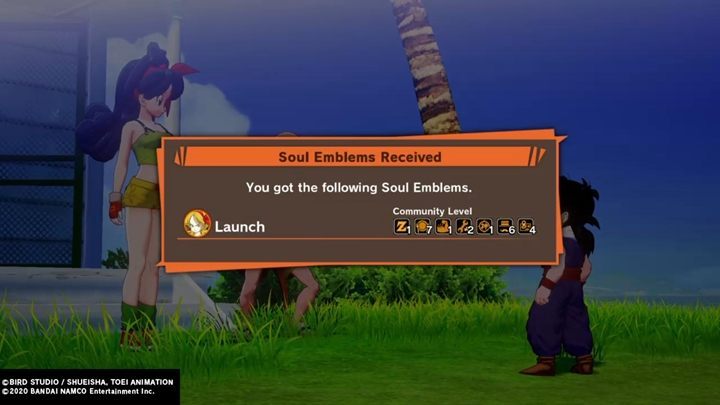 Fly to Master Roshi's Island, and the man will ask you to find a woman named Launch. Go to the city, find the woman and defeat the robot. Then return to Master Roshi to finish the quest. You will receive, e.g. Launch's Soul Emblem. Go back to Chi-Chi and talk to her. Along the way, you will start a mandatory side mission in which you must defeat a group of enemies. When you're ready, talk to Gohan's mom to end the Intermission and start the Evil Emperor Frieza Saga.