This chapter of the guide to Dragon Ball Z Kakarot has the continuation of the battle against the Saiyans. You will find walkthroughs for: Friends in Need, Angry Goku, To the Battlegrounds. 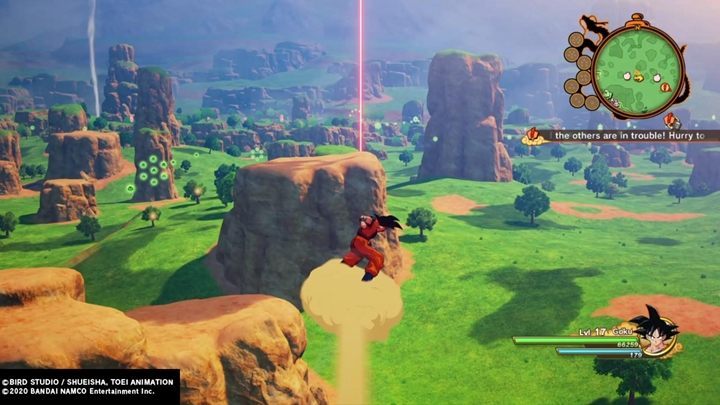 Help your friends. If you want, you can have a few fights in this area and prepare yourself for, e.g. the difficult battle against Vegeta. 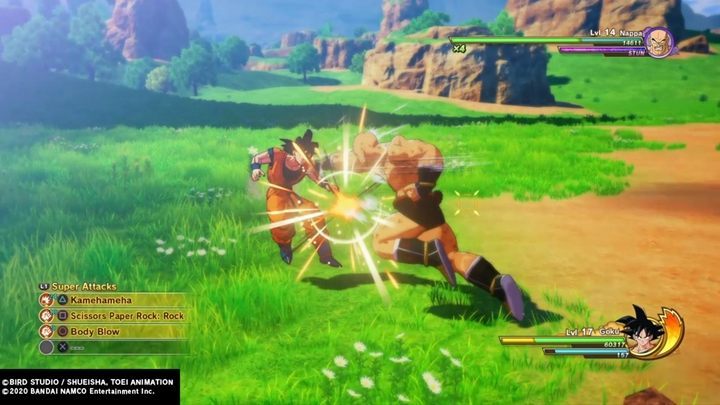 You now play as Goku - go to your friends. You will fight Nappa who is at level 14. He won't be any challenge for Goku, who is at level 17. Defeat the enemy - he has the same attacks as before. Avenge the fallen friends.

DBZ Kakarot - To the Battlegrounds 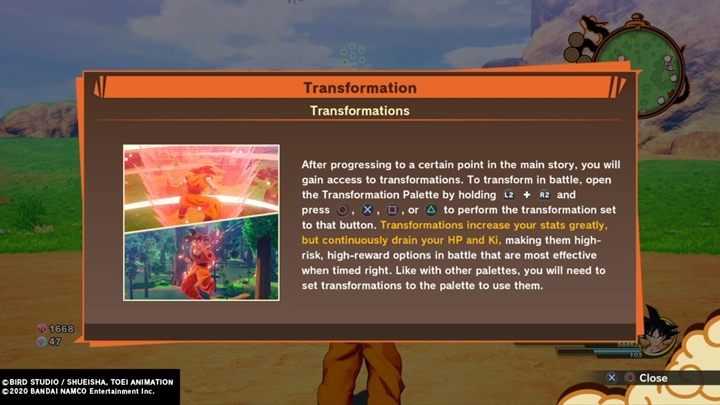 Fly to the specified location to face Vegeta. Your opponent has level 20 and will be the most difficult opponent so far. He is fast and agile so try to increase Goku's level. During the battle, you can, for example, use Kaioken - a transformation which strengthens your character. However, your HP will drop with every second. Regardless of that, use the transformation to defeat Vegeta. 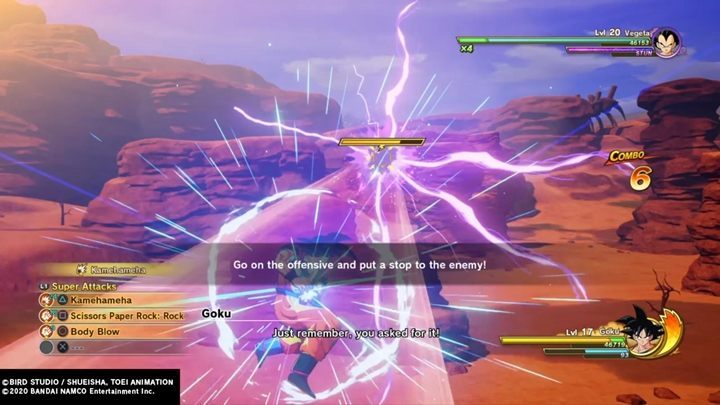 The enemy has many attacks. Avoid his Galick Gun and counter with Kamehameha. Use dodges and blocks. Watch out for the moments when Vegeta will strengthen his attacks. 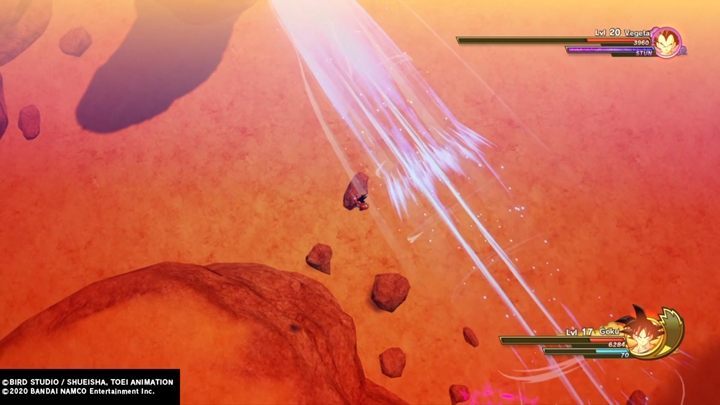 You should also avoid his aerial attacks and charges. The camera will change its position to help you see the attacks from above - get outside the marked lines to avoid damage. 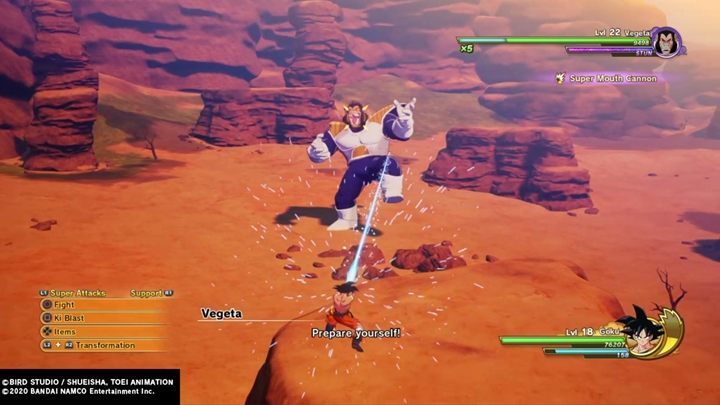 In the end, the enemy will be defeated. Watch the cut-scene during which Vegeta will turn into a big monkey. The enemy is much more powerful, but his moves are very slowly. He also loses health fast. Keep attacking him. You will finish the episode and go back to Gohan.