This chapter of the guide to Dragon Ball Z: Kakarot focuses on the beginning stages of the game. You will have to complete the following missions: Slice of Life, A Long Overdue Reunion, Intergalactic Invader, The Mysterious Warrior's True Identity. The walkthrough for the missions is below. 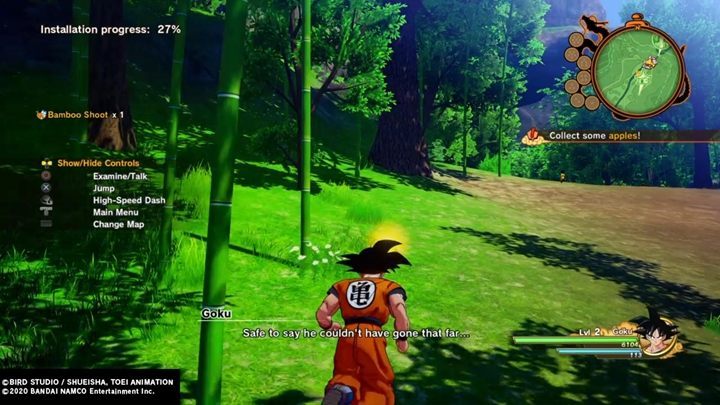 The game opens with a short fight with Piccolo. This is a good time to practice the combat system. The fight is very short because this enemy acts as a tutorial. After the cut-scene, the game will present the controls. You will now take control of Goku. Follow Gohan and collect apples. Then go with Gohan to the river and catch your first fish. 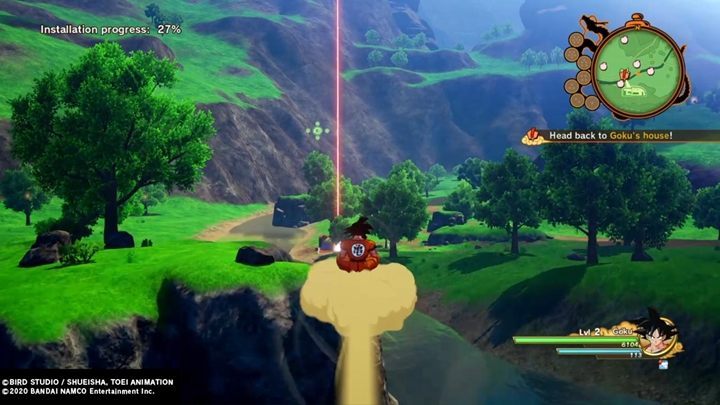 Go to the campfire and fry your prey. In the meantime, the game will show you more tutorials and teach you the basics of the game. Fly the Nimbus cloud to Goku's home and ask Chi-Chi about cooking. At home, you can pick up the first collectible item for the Z Encyclopedia. You will also learn more about Community Boards. Exit the hut to complete the mission. 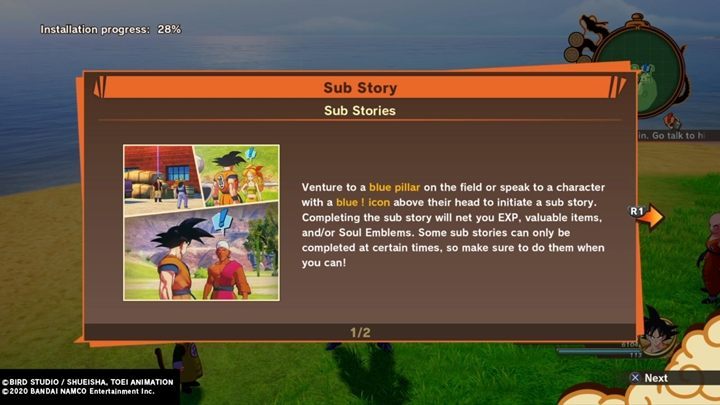 Fly on the Nimbus cloud to Master Roshi. Along the way, you can collect Z Orbs. Talk to everyone - you will, e.g. unlock side missions. The first of them is given by the turtle on the beach. Talk to Krillin and then complete the training, which is about fighting people. Now watch the cut-scenes depicting, e.g. Raditz's arrival. 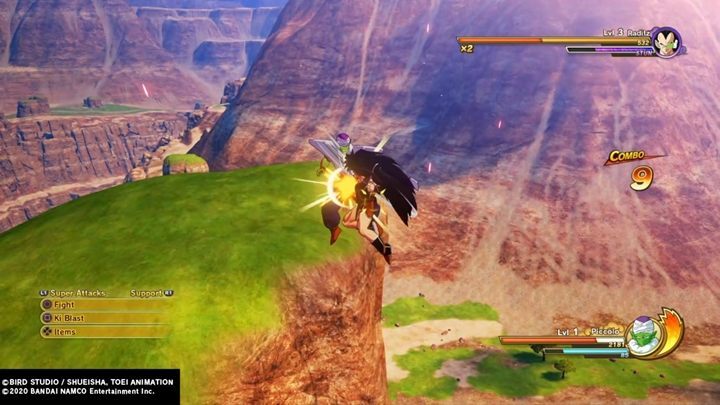 You start as Piccolo. The game gradually gives you more and more freedom. You can explore the area, take part in several battles, or immediately fly to the mission's goal - the fight against Raditz. This warrior is a bigger threat than the previous enemies. He has level 3 and this fight will be the first test of your combat skills. Remember to use guard! 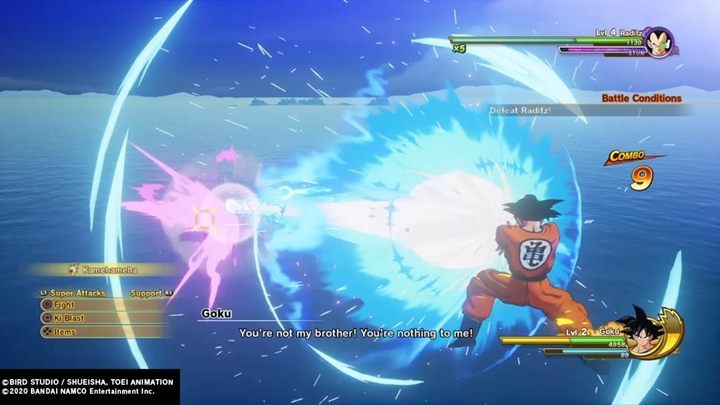 You go back to Goku. Raditz's level is 4 and he fights in the same way as before. Use steps and special attacks to defeat the enemy. After the fight, talk to Bulma, and you will get a healing item (Vitadrink). Time for the next episode!