This page of our guide has information about the combat system used in Dragon Ball Z: Kakarot. You will learn how to fight, how to control your health, and how to protect yourself from attacks. 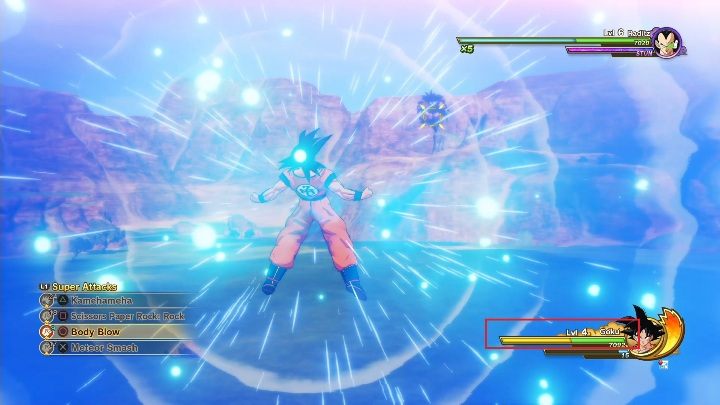 Your health bar is displayed in the lower right corner of the screen. Keep an eye on it if you want to win battles. 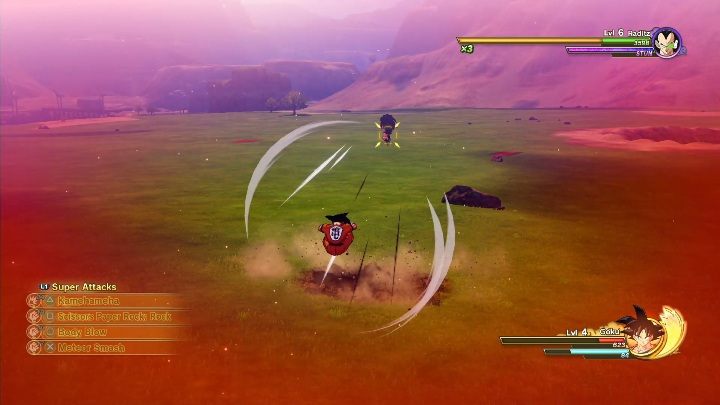 If your health drops significantly, you can restore it. Information on how to regenerate health can be found on a separate page of the guide. 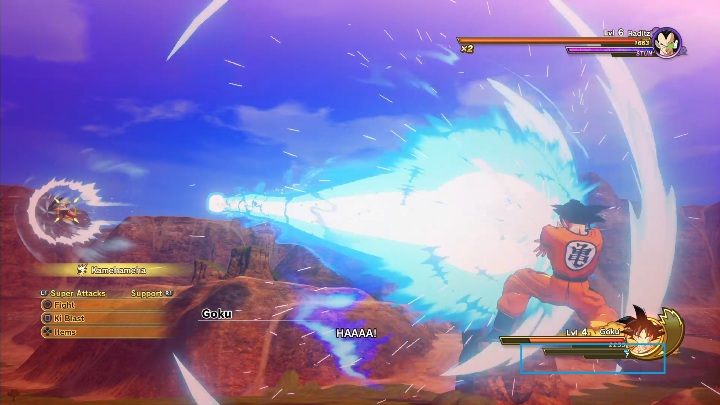 The Ki bar is right next to the health bar. It determines the number of super attacks you can perform. 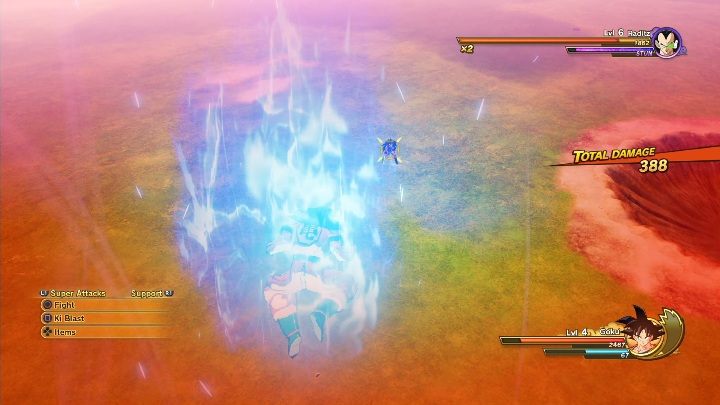 If your Ki drops significantly, you can restore it. Information on how to regenerate health can be found on a separate page of the guide. 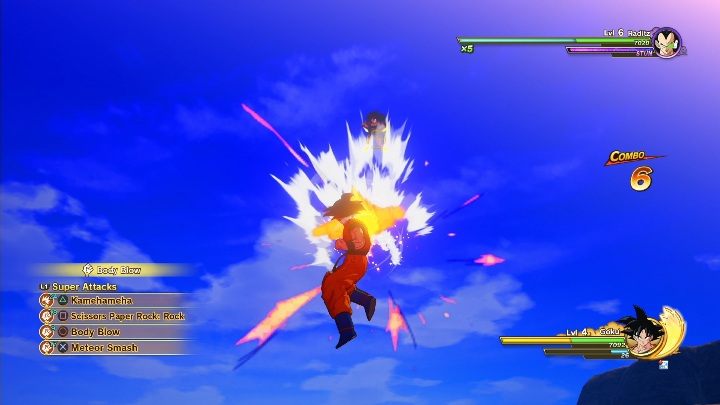 In order to fight well, you must learn the controls. Each element of the combat system is assigned to a different button. 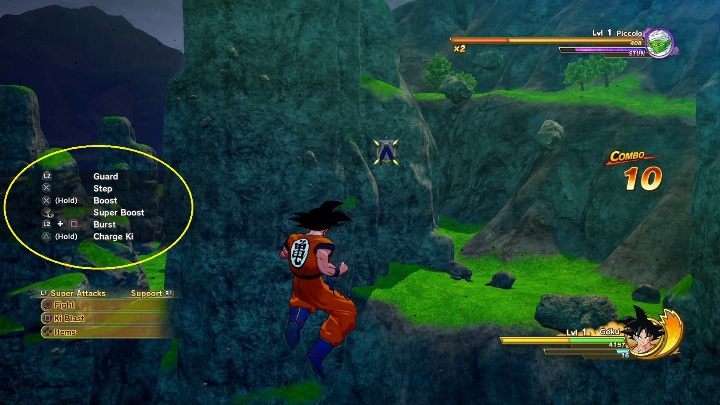 The battle controls are displayed on the left side of the screen. 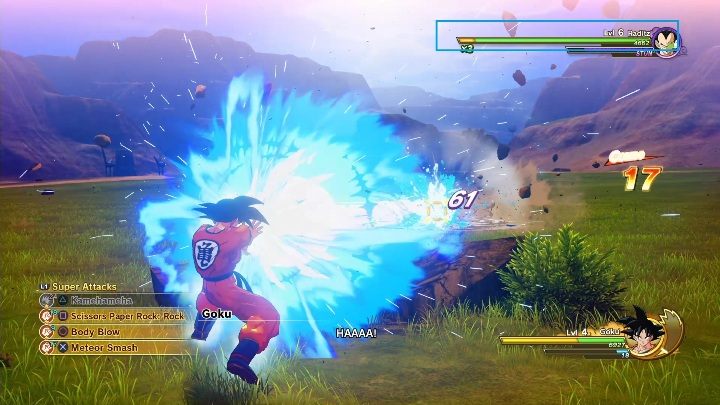 The enemy's health bar is displayed in the upper right corner of the screen. 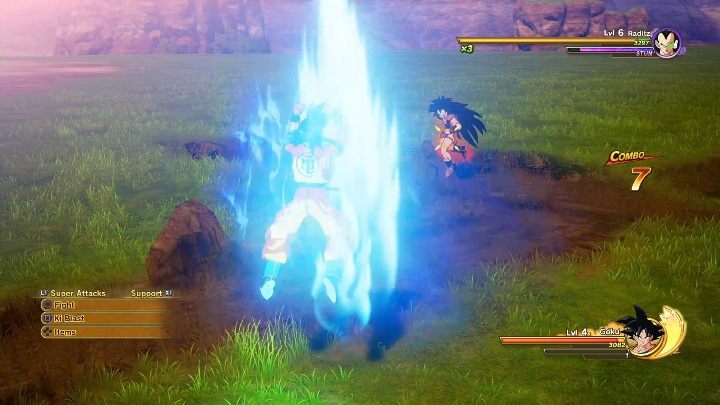 This way you can evaluate which attacks will be the best in a given situation and how to act. 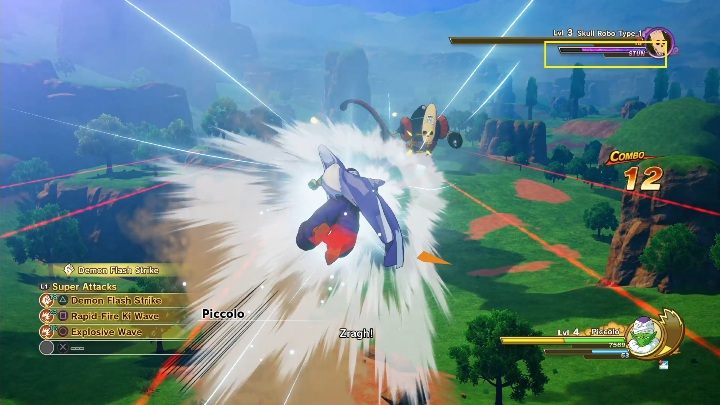 The stun indicator is displayed below the enemy's life bar. When it gets depleted, the enemy won't be able to attack you for a while. 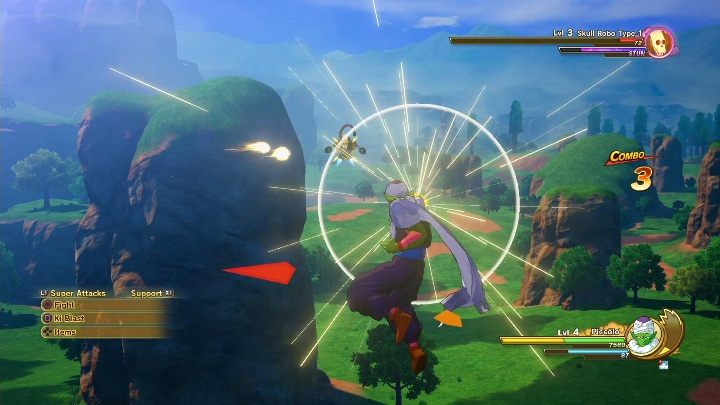 This is the perfect opportunity to inflict heavy damage on the enemy. Enemies in this state can't protect themselves which makes them an easy target.

During the battle, you can protect yourself in several ways. 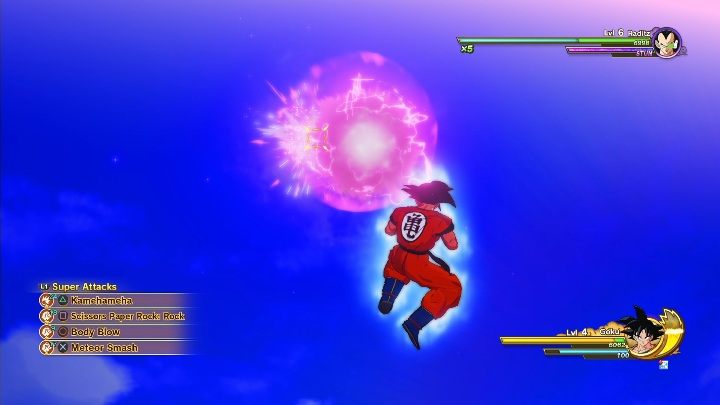 Use guard to protect yourself from attacks. 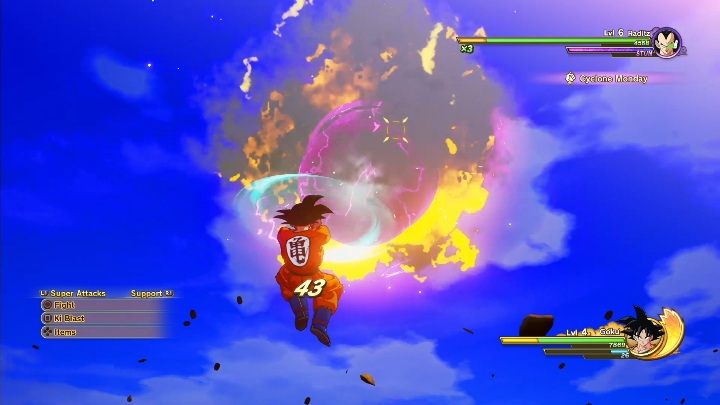 A blue shield will appear right in front of your hero. 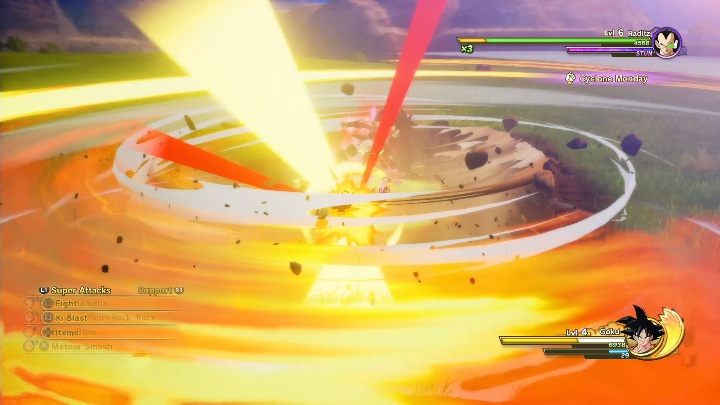 You can use guard even during an enemy attack to reduce some of the damage received. 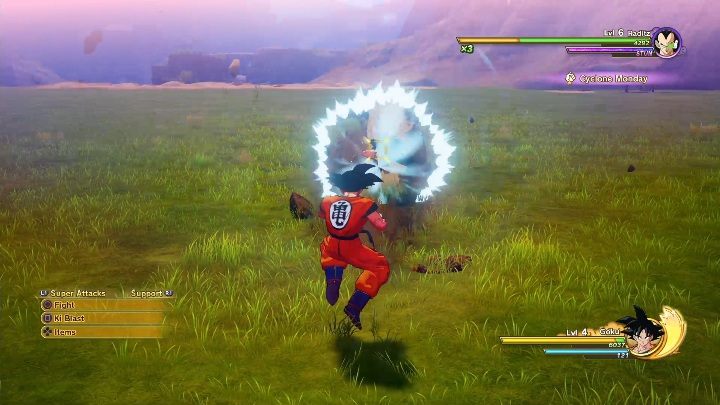 A step must be performed right when the enemy begins to attack you. You can't use step during an attack. 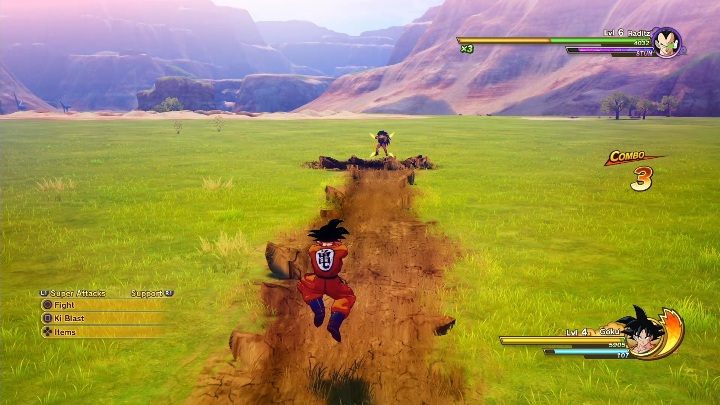 A successful step will cause the enemy to go into a slow-down state. This is an ideal opportunity to counterattack. 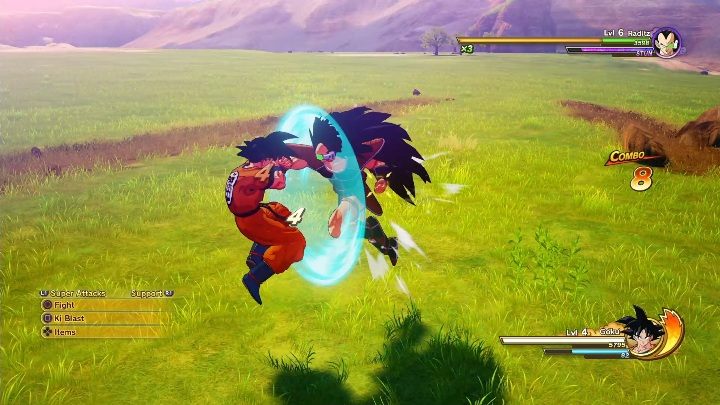 A guard activates a blue shield in front of you - the attacks blocked with guard will change the shield's color. 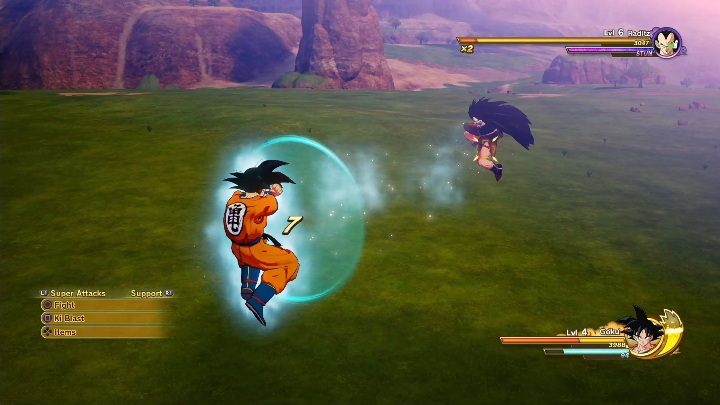 Red indicates that your guard will soon end. You have to step back to avoid getting damage. 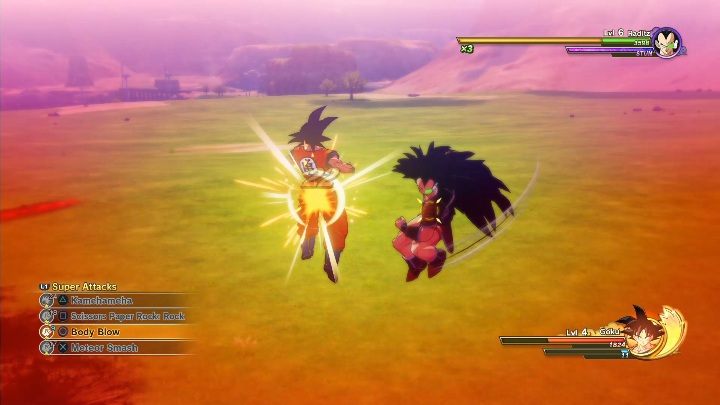 If your guard runs out, you will be defenseless for a few tens of seconds. 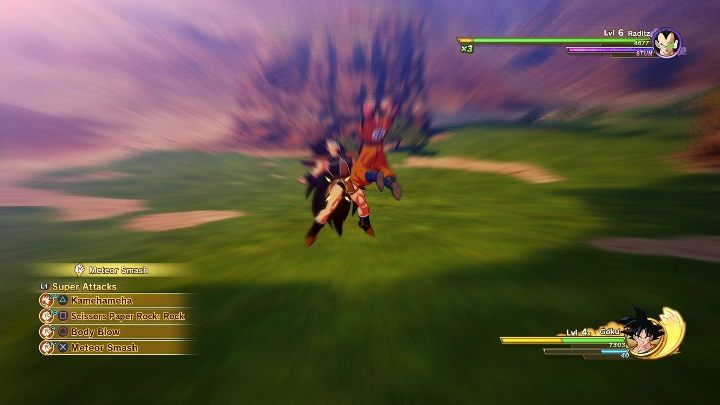 Before using a super attack, you need to open the attack palette and choose which one you want to perform. 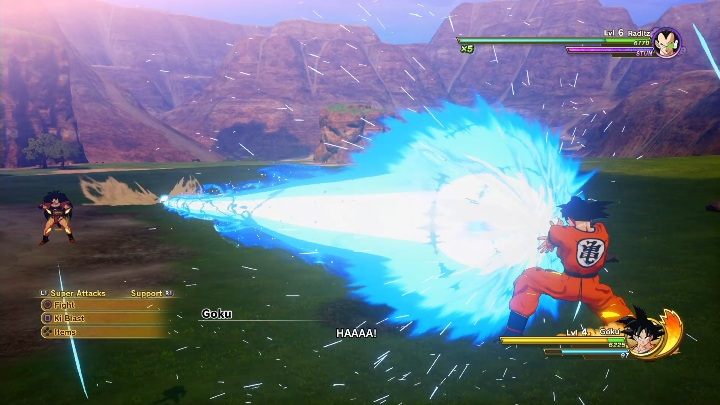 Choose super attacks accordingly to your opponent's health and skills - you want to be sure that you won't waste your attack and the opportunity to deal damage. 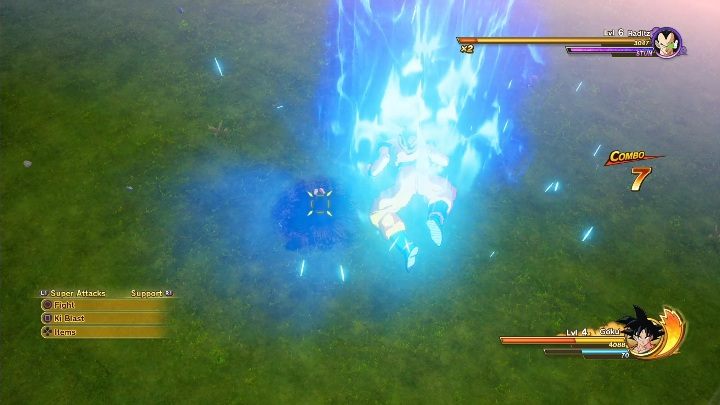 If the enemy moves away from you while you are using a super attack, you can draw them to you to continue dealing damage. 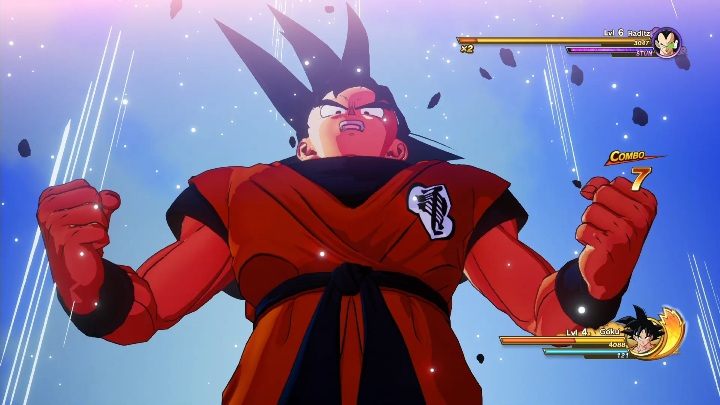 Super attacks can be developed in the skill tree. 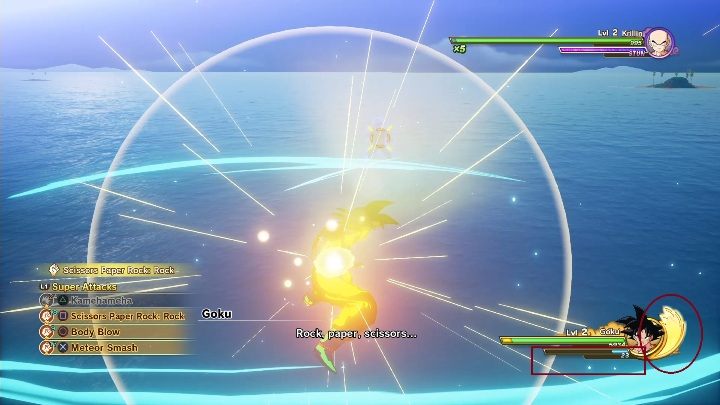 To activate the boost, you need to charge two bars - Ki and Tension Gauge. Both are marked in the screenshot above. 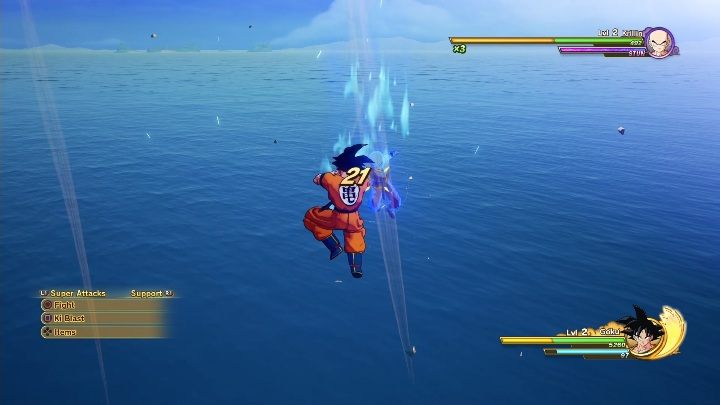 When the boost is activated, your stats will be increased temporarily. 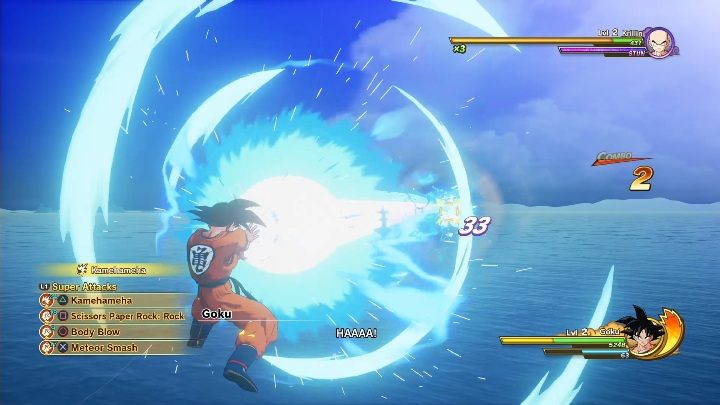 You can also interrupt the enemy's super attacks and regular attacks.