This chapter of the guide to Dragon Ball Z: Kakarot focuses on combat mechanics. Here you will find a step-by-step guide on how to fight battles and learn a few tips. You will also learn more about exploration.

The game doesn't feature a completely open world. The game area has been divided into very extensive sectors that will be unlocked as the story progresses. Once you discover an area, you will be free to explore it. Your character can fly, run with stunning speed, or use, for example, the Nimbus cloud. You will also find many additional secrets, such as the titular dragon balls and numerous side activities.

The available activities are unique to specific zones. Sometimes you can complete side quests, participate in optional fights, or play mini-games. You can also collect Z Orbs that you can spend on new techniques. You can return to locations at any point of the game which means that you can leave exploration for later. If we want to go to another location, just fly high up and you will be able to choose the next destination. 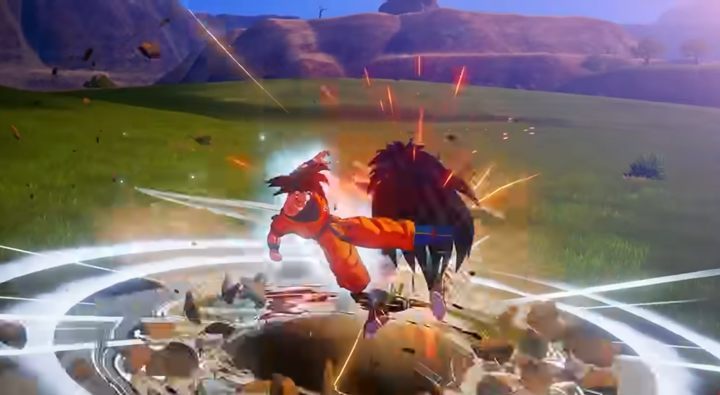 Dragon Ball Z: Kakarot recreates the main events from the cult Dragon Ball Z. Your heroes face increasingly powerful enemies - your task is to develop their abilities to make sure that the heroes are strong enough. The game is full of battles. Even though the game has other side activities, you will spend the majority of your time on fighting enemies.

The game focuses on fighting increasingly powerful enemies that should be known to every DBZ fan. Each enemy has a certain level, which affects their power, amount of damage dealt, and so on. Opponents who have a higher level than ours will deal much more damage making these battles a real challenge. If we fight low-level opponents, we will be able to defeat them in no time.

The combat system is a bit like the one used in the Xenoverse series or the older Tenkaichi Budokai titles. We will fight on the ground and in the air, use iconic techniques such as Kamehameha, or transform mid-fight.