Below you will find thorough description of all secrets available on the Advanced Research Complex level. Among them there will be Data Logs, Elite Guards, Super Turbo Turkey Puncher game and Argent Cell. 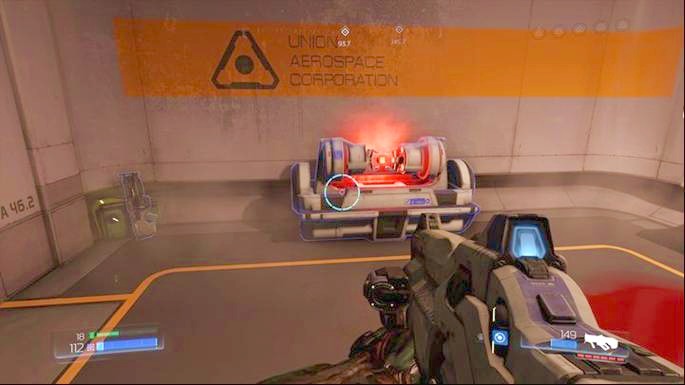 Go straight after defeating the first Possessed. You will reach a room with panel which you must use in order to unlock further passage. Valuable Argent Cell is lying next to the computer. 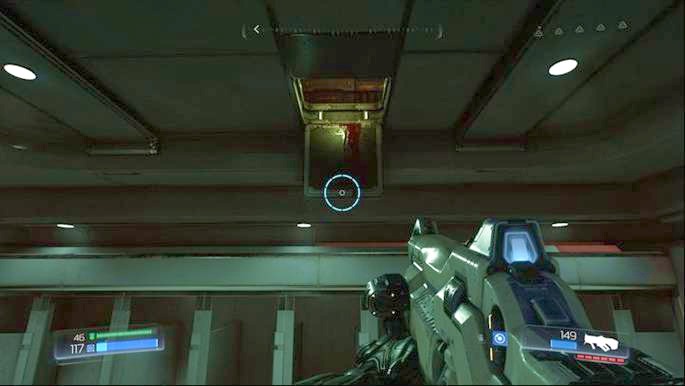 Once you leave the room with Argent Cell, you will bypass a door lighted in red behind which there is Automap and Elite Guard. Go back to the toilet (the one with no armor) in order to get there. Stand on one of the sinks and turn around. You should notice a tunnel entrance that will lead you to the previously mentioned secrets. 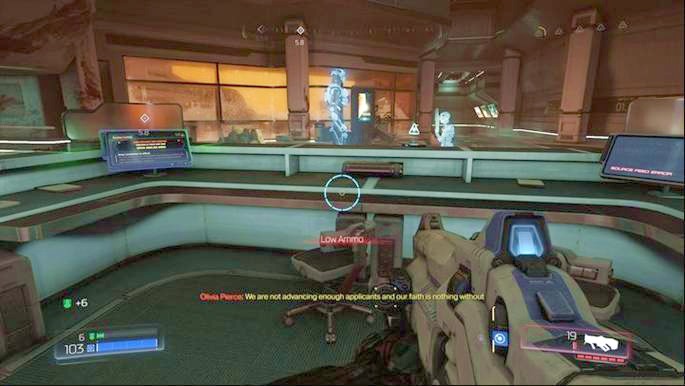 Before seeing the first Gore Nest you will use the panel to open the door. Next to the panel there will be Data Log. 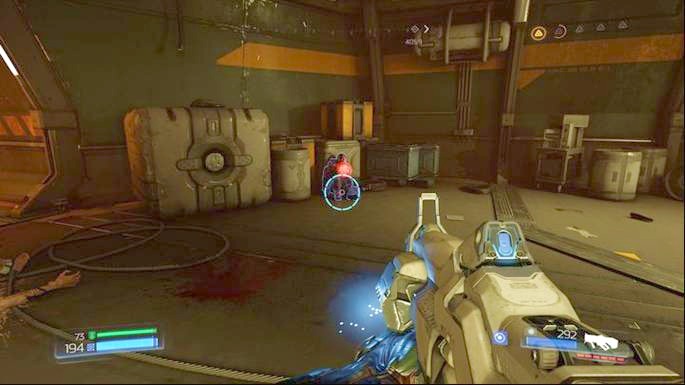 Ride down the elevator after the conversation with the droid. You will find second Data Log there and on the right from it there will be an Elite Guard. 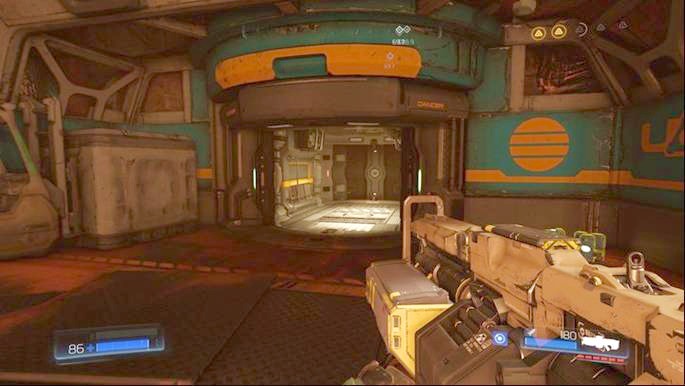 At some point you will reach the second Gore Nest which you must destroy. Use the computer marked by the radar once the battle is over. Walk through the sluice ahead before you go to the mission objective. Behind it you will find the Rune Trial - Blood Fueled. During it you must kill all enemies before the time runs out. Additionally, you can move only for a few seconds after each kill. In order to complete this challenge you must quickly run ahead until you notice the next enemy after each kill. At that point you won't need to be able to move for a few seconds since the gun has long reach. For completing the trial you will receive a rune that will allow you to move faster after each Glory Kill. 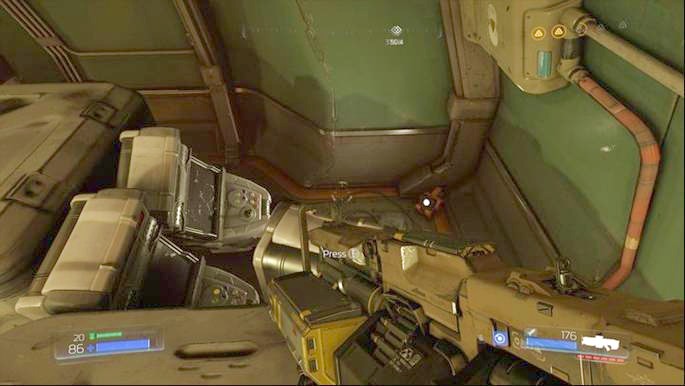 Check the right corner of the room once you complete the first Rune Trial. Behind the chests you will see a machine with a game. There is no special reward for playing the game. 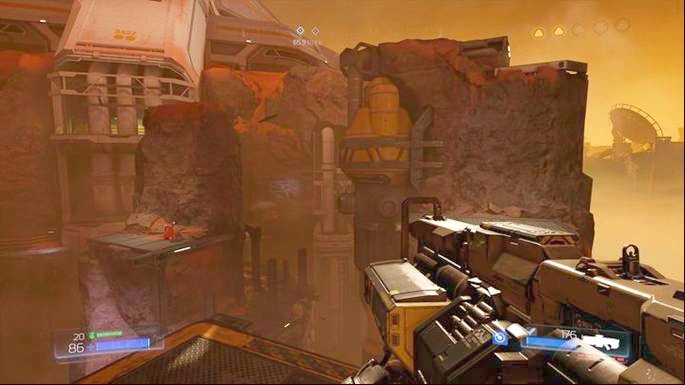 After playing on the machine you can go outside through the sluice and to the left. 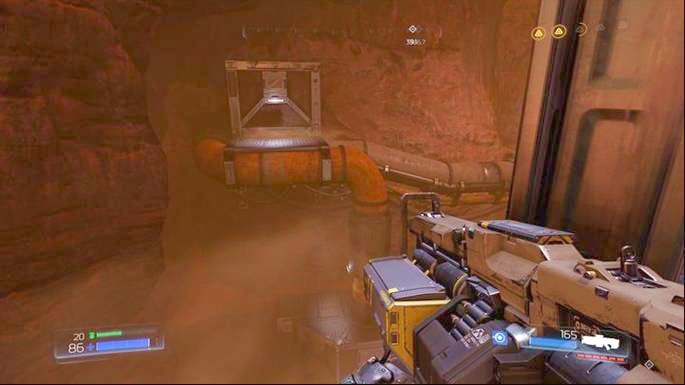 First, jump on the first platform. Then turn around. Below on the right you will notice a pipe to which you must reach. It will lead you to Argent Cell. 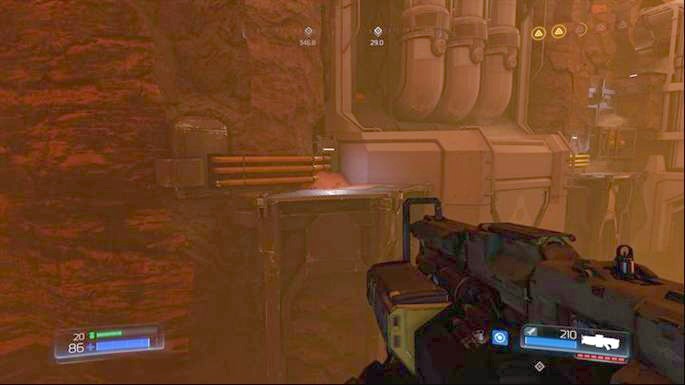 Jump to the edge ahead after collecting it. 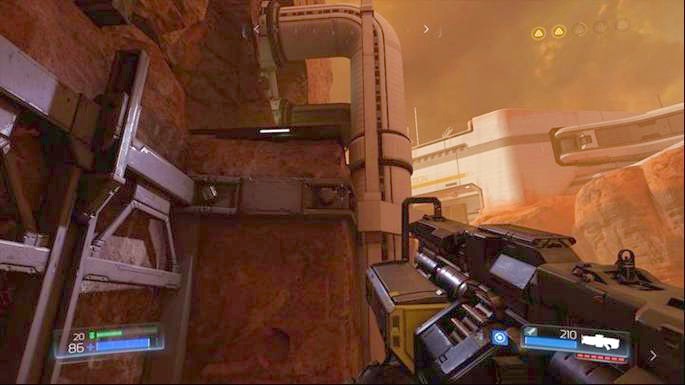 Stick to the left wall and climb up. You will reach the cave with collectible (Phobosguy). 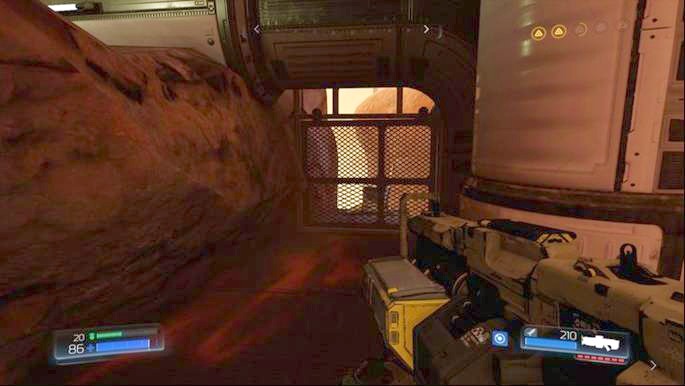 Look to the left after leaving the tunnel in which you have obtained the collectible. Behind the bar you will notice a lever. 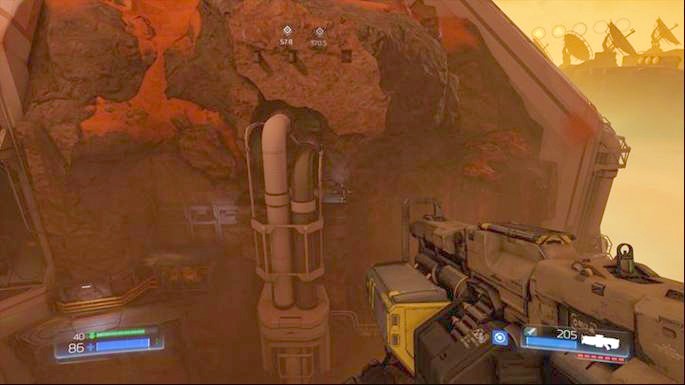 Climb the rock in the middle of the location in order to get to it (on the rock you will find armor). Jump from there with double jump. 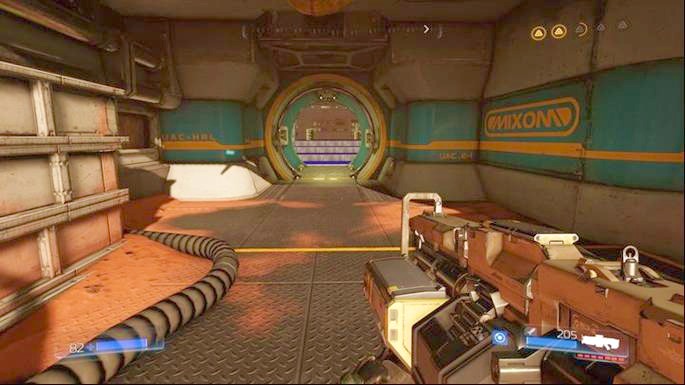 The lever will open the Classic Map which is located near the recently destroyed Gore Nest. 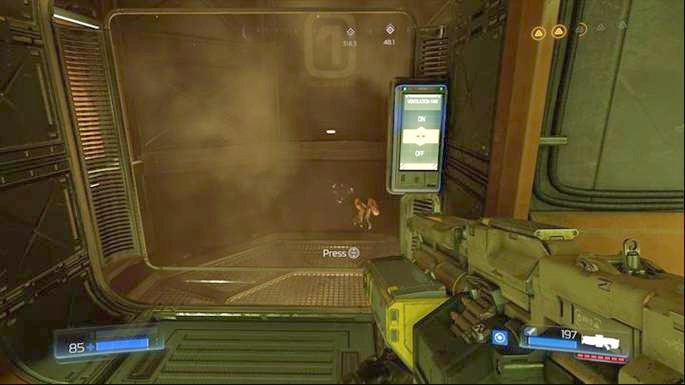 Walk to the other side of the complex after turning the fan on. 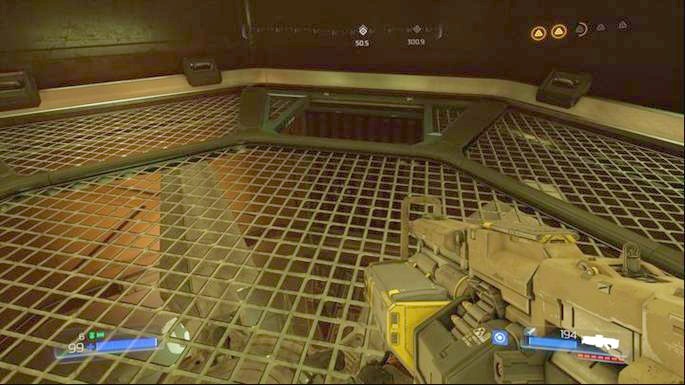 There you will find already activated fan which you must turn off. By doing so you will unlock a passage down where Combat Support Drone will be waiting for you. 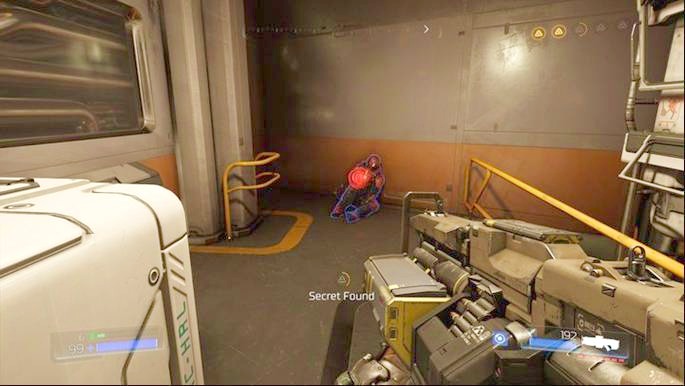 After jumping on the activated fan you will be moved one floor above. In the room on the left you will find Elite Guard. 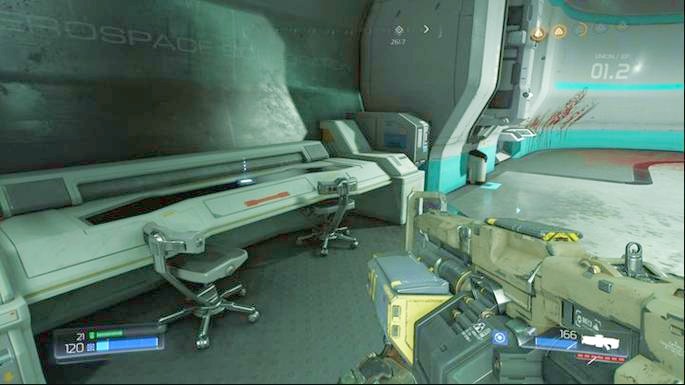 Kill a group of demons hidden behind the nearby door when you receive the task of getting to Lazarus Elevator. Search all the nearby rooms after defeating them. In Prototype Lab 2 you will find a Data Log. 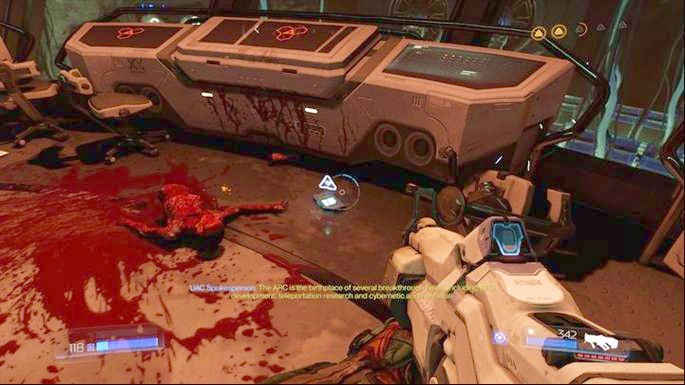 The second one will be in Server Room. 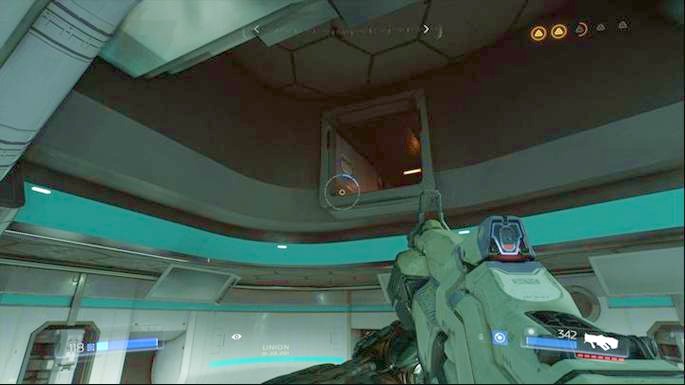 Once you collect them, go to Prototype Lab 01 and climb into the shaft on the right. You can jump to it from the machine in the center. The tunnel will lead you to a collectible (Roseguy). 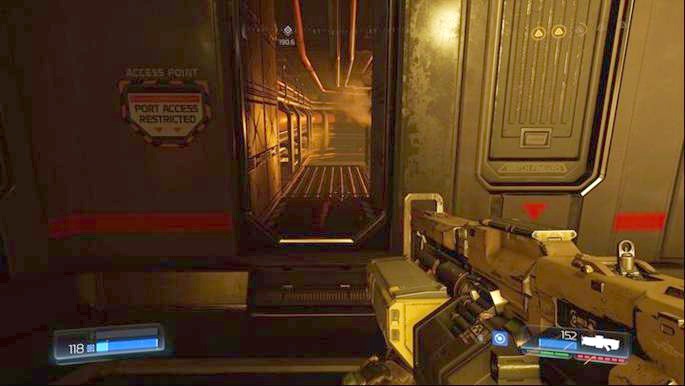 Use the panel in the middle after obtaining the BFG and eliminating a large group of enemies. Then walk through the door on the right. There will be a narrow tunnel on the left which will lead you to Rune Trial - Intimacy is Best. During this challenge you must perform 8 Glory Kills in limited time. In order to complete it as quickly as possible you must shoot each Imp with a special bullet from the gun loaded slightly less than to half. This is the fastest way to stun the demon and perform an execution on him. The rune you will receive will speed up the stunning of enemies, allowing you to use Glory Kills faster.