The following page of our guide to Doom Eternal contains information about Slayer Gates - what they are and which of them can be found in certain levels of the story campaign. 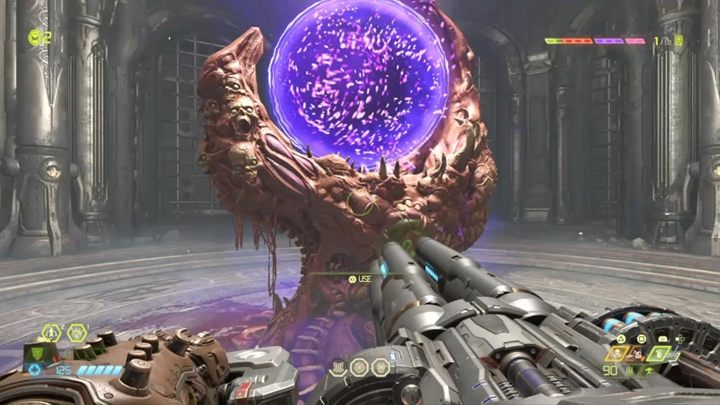 Slayer Gates are additional, very difficult battles that can be found on some maps in the game. Battles in the gates are really intense and much harder than your common encounters with hellish demons. You'll be fighting against a variety of monsters, including demons that you haven't encountered in the story campaign yet.

The ammunition and extra lives used in the battle will not be restored or regenerated at the end of the combat. So, you better prepare well for the battle, because it can be really hard. Completing a battle in Slayer's Gate will reward you with three weapon points and Empyrean Keys. Empyrean Keys will allow you to unlock a huge surprise on your ship - for more details check a separate chapter of our guide. 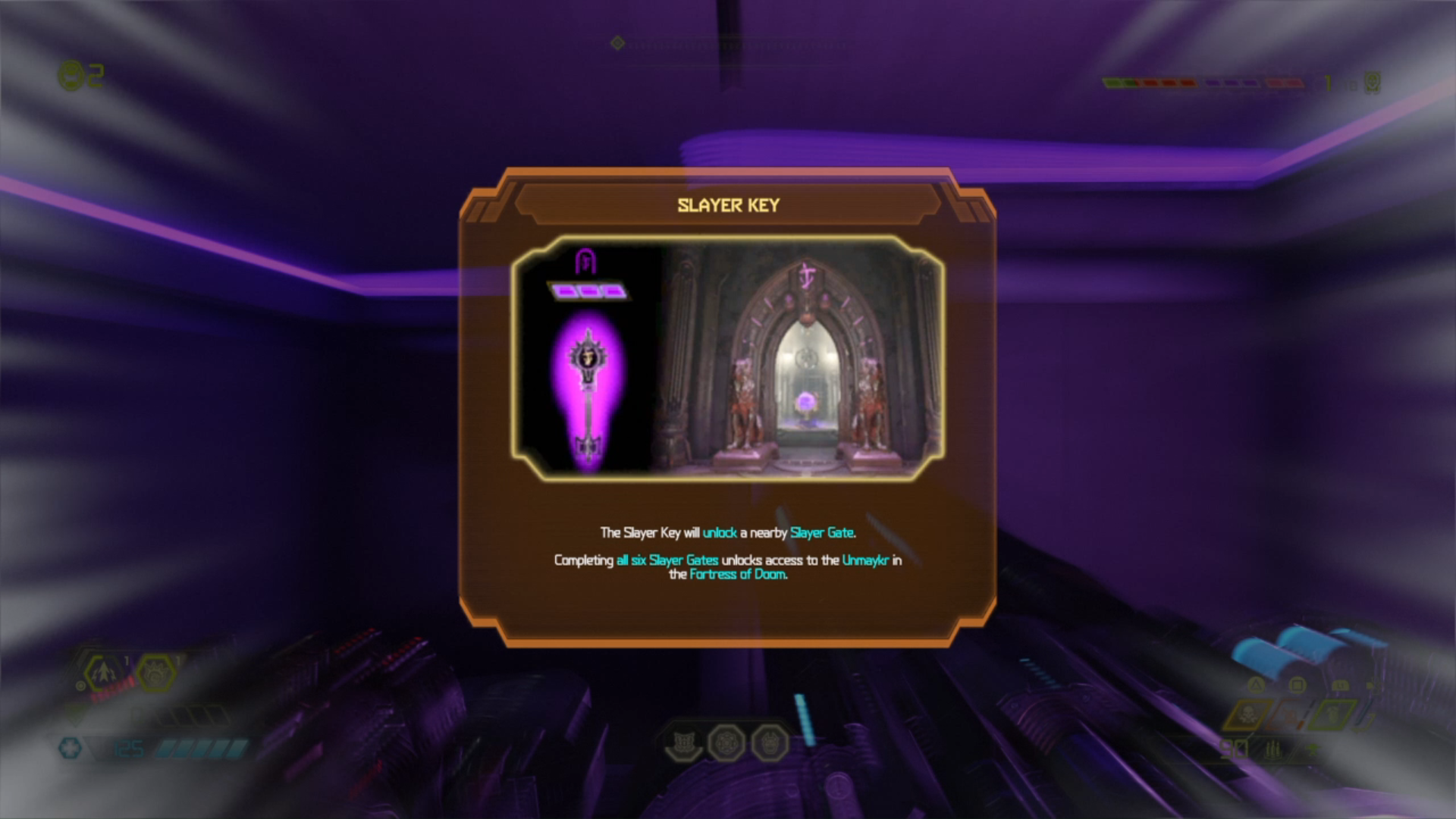 To unlock a Slayer's Gate, you need to get a key, which is generally located close to the gate, but it's really well hidden. On the following pages of our guide you will find a description of how to find individual keys, complete Slayer Gates and collect decent rewards.

It's worth knowing that you can go back to different Slayer Gates after the main campaign, with all the equipment you gathered during the story - this may make the battles significantly easier. The BFG 9000 and The Crucible will make it incredibly easy for you to win, so if you're in trouble wait a bit and come back with better equipment, improved health stats etc.

You can't take part or complete Slayer Gates while you are using cheat codes! If you use a cheat code then the entrance to Slayer Gate will disappear from the map (they are inaccessible in such situation).

The Slayer Gate keys can be found on the following maps: