On this guide of our guide we have posted some tips on how to survive in Doom 64. Some gameplay mechanics may seem heavily outdated or unusual, especially if you decide to check out Doom 64 just after playing Doom Eternal. 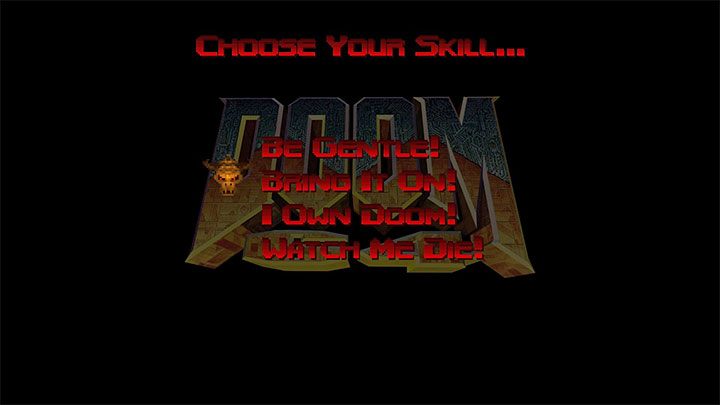 Doom 64 is not a very demanding production - the monsters in the game are not very intelligent, you can find a lot of supplies and help yourself by making frequent saves. We advise you to choose a normal difficulty level (Bring It On!) or high difficulty level (I Own Doom!).

For most time of the campaign, you shouldn't have much trouble. Later stages are more difficult, in which strong demons appear. Also, you have to watch out for various traps that can quickly deprive the hero of all health points. Secret missions are also more difficult, but you can check them only after you have completed the main campaign.

There are two versions of the map available in the game 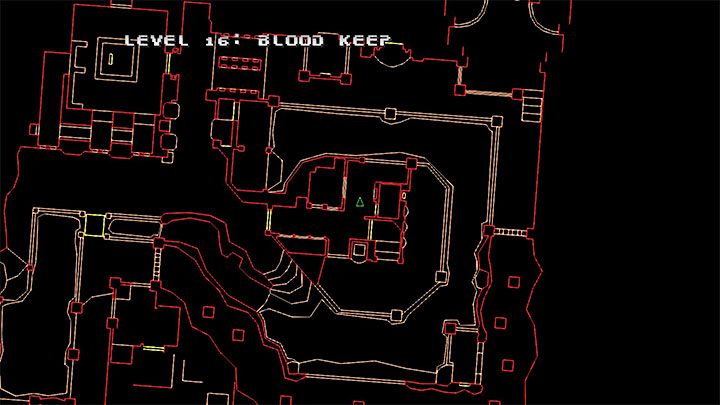 The first touch of the touchpad displays a map of the area with visible textures, but when you touch the panel again, there is an alternative version of the map in form of a grid. In our opinion, the latter is much more helpful in finding areas which you haven't visited yet. Make your own assessment of the usefulness of the map and use the one you think is more readable.

The character can move while the map screen is activated, but this is not advisable. There are no demons or traps on the map, so it's very easy to expose your hero to loss of health points.

Try to interact with every wall 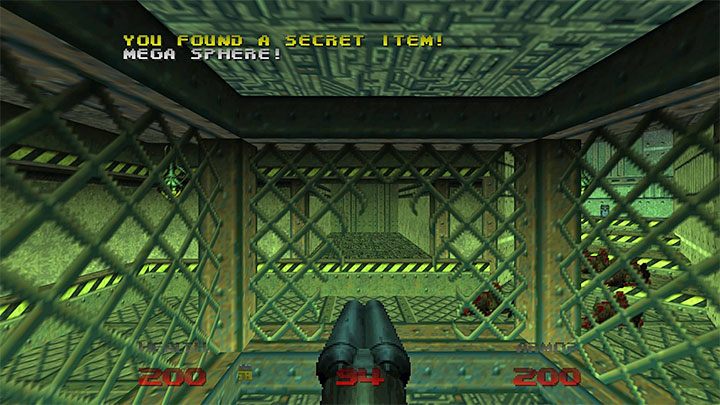 In each mission of Doom 64, there are at least several secret rooms to find. Secret locations can primarily be found by pressing the interaction button near walls. Listen to sounds that may signal the opening of a passageway or the descent of an elevator.

You can also pass through some walls because they are illusions. In secret chambers you can usually find additional ammo, armor or weapons that would only be available later as a result of normal progress in the game.

Focus on finding keys and switches 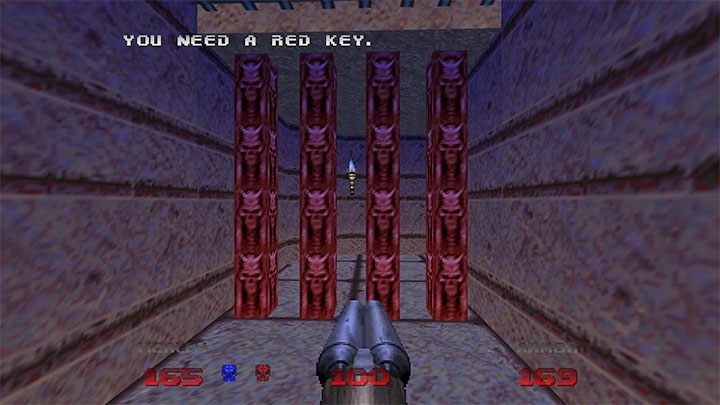 In almost every level of the main story campaign, there are different keys (in various colors) that can be found. Once you get a particular key, you can open the door or remove the locks marked with the same color. Interacting with switches is equally important. These are divided into two groups:

Watch out for traps 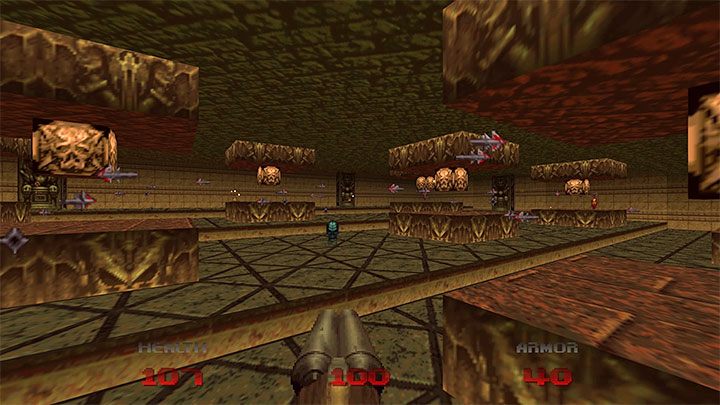 As you make progress and reach next levels, you will come across many traps. They appear in various forms - they can be, for example, flying arrows, falling fragments of the ceiling, shooting turrets or collapsing floor.

Try to save the game often, as contact with the trap can very quickly deprive the hero of a lot of health points or lead to his death.

Be careful when using a Rocket Launcher 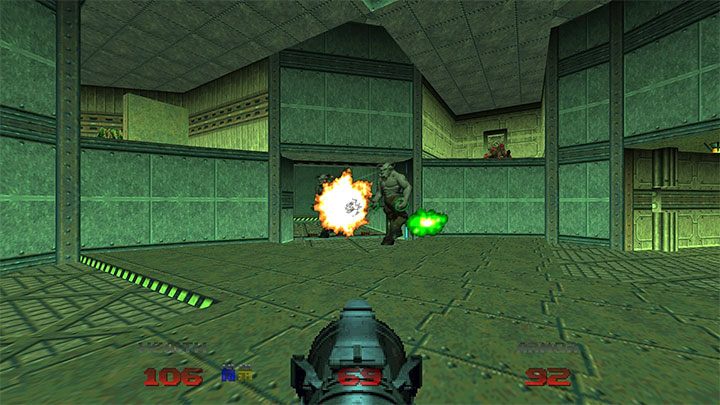 The Rocket Launcher is an excellent weapon to weaken all stronger varieties of demons, but you must use it with caution. Your character may lose a lot of health points if you hit a monster standing right next to the character or if the rocket prematurely hits, for example, a nearby wall. Use Rocket Launcher in battles which occur in large battle zones, where you can be certain that the flight of a missile won't end too fast.

You don't have to aim at opponents standing higher or lower 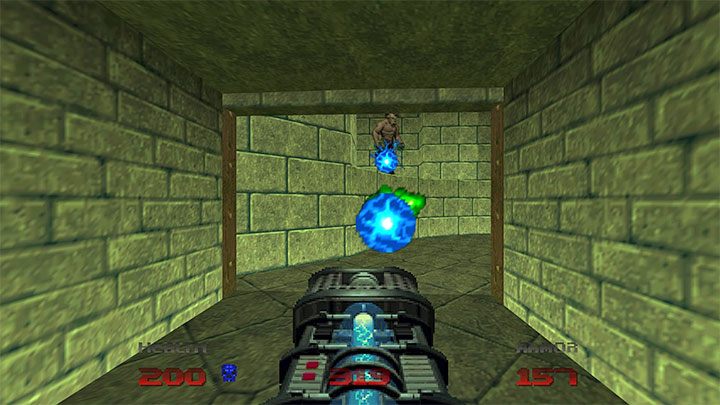 This is a feature of the game caused by the hardware limitations of Doom 64. You can't look up or down, just sideways. Fortunately, the game doesn't force the hero to be on an equal level of height with his opponents. If the attacked enemies are at a higher or lower level than Doom Slayer, the bullets or projectiles fired at them will automatically fly towards them. 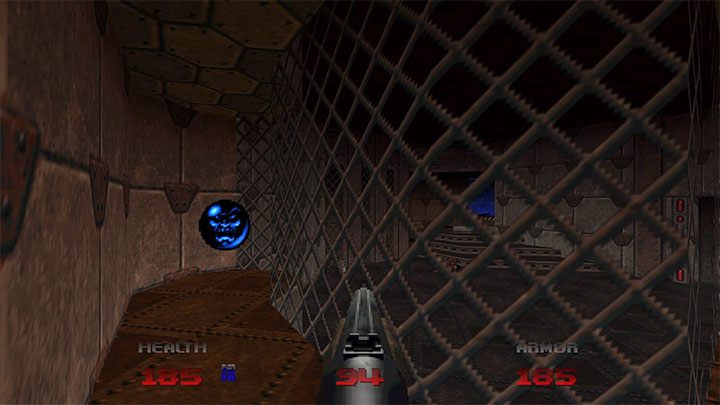 Blue spheres allow the hero's health bar to be increased above the maximum 100 health points amount (up to a maximum of 200 HP). As a result, you can better protect yourself from fighting stronger demons. Super-armor works in a similar way, which allows you to increase the number of armor points to 200.

All such objects are unfortunately well hidden, so try to search all newly visited locations as much as possible.