Doom Eternal is a demanding shooter which doesn't forgive any mistakes. It is worth to learn all its mechanics in order to efficiently kill your opponents and get rid of everything that stands in your way.

On this page of our guide you will find a description of some game mechanics and tips that may be useful during your gameplay. 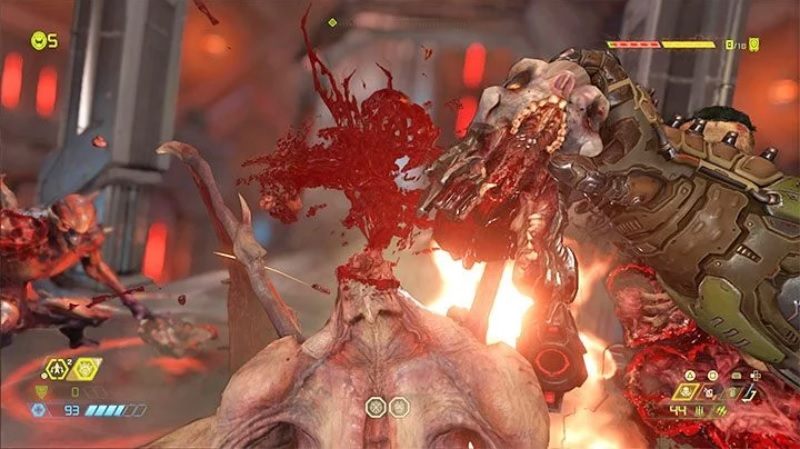 Glory Kill is a special kind of execution that will give you some health points. The execution of a Glory Kill does not depend on the type of demon. If enemy demon receives a specific amount of damage it will start to flash (flickering highlight) which means that you can finish it off. 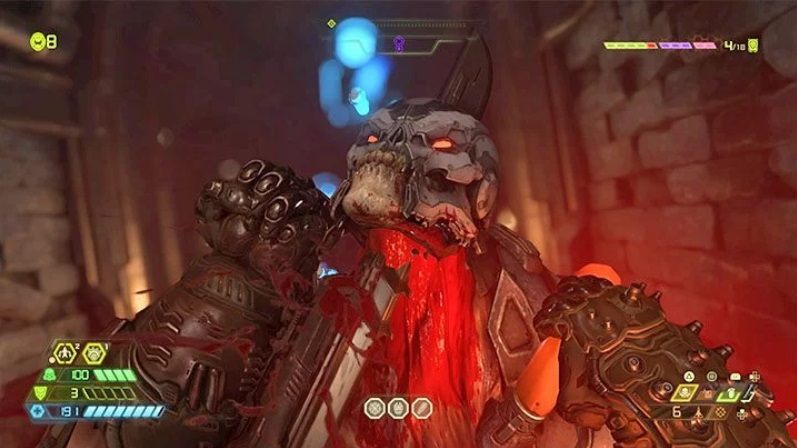 Glory Kill gives you absolute certainty that your opponent will not attack you again. Such a monster has no defensive options, and your attack will kill him right away. 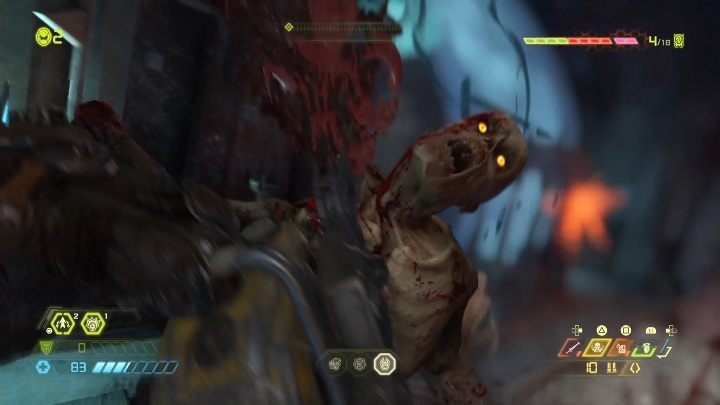 Using a chainsaw is great if you want to replenish ammo of your weapons. But you must remember about one important aspect. Chainsaw consumes fuel - the bigger the demon the higher amount of fuel is required. Refuel your fuel tank on a regular basis.

Also, remember that the less ammunition you have at any particular moment, the more it will drop of the killed monster. 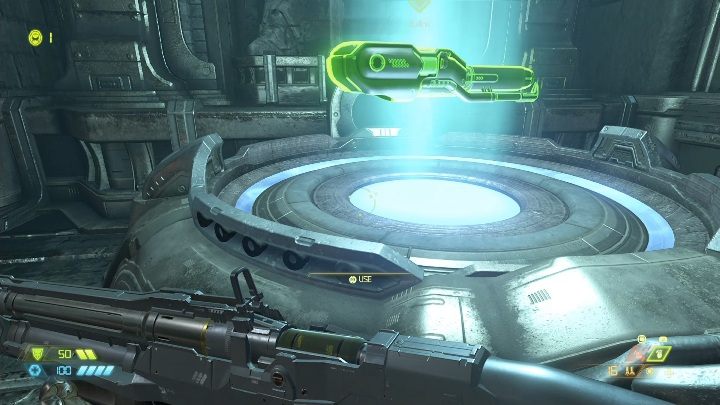 A small flamethrower mounted on your shoulder will be unlocked when you complete your first mission. It will set every opponent on fire, and in return monsters may throw away some armor points. This method works well in final situations, when it is difficult to get extra points of health or armor. 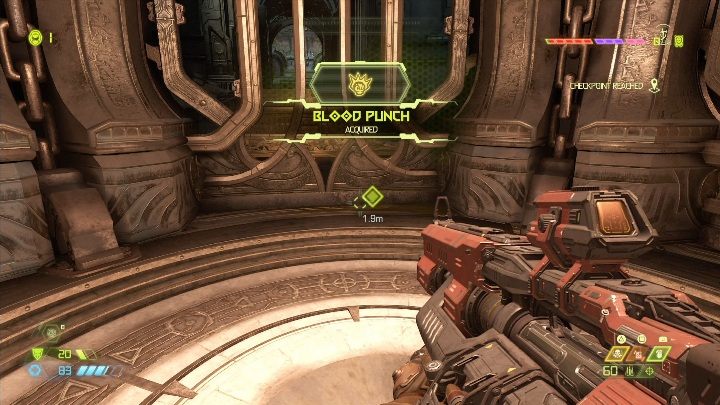 Blood Punch is a skill which can be unlocked during the first level of the game. It's a special melee attack that inflicts heavy damage and stuns your opponent. To complete it, you must commit glory kills. 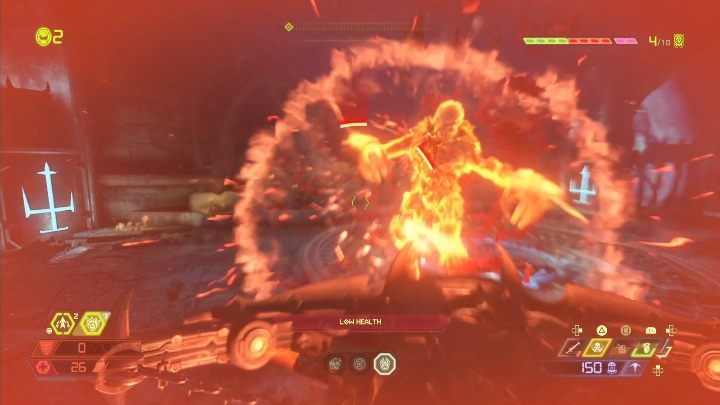 One of the most important rules in Doom Eternal is to constantly move all the time. Search for platforms, jumping pads, climbing walls or other elements that may help you move smoothly.

Of course, you don't have to jump over the highest places on the map right away. Just keep running around the map so your opponents won't be able to hit you right away. 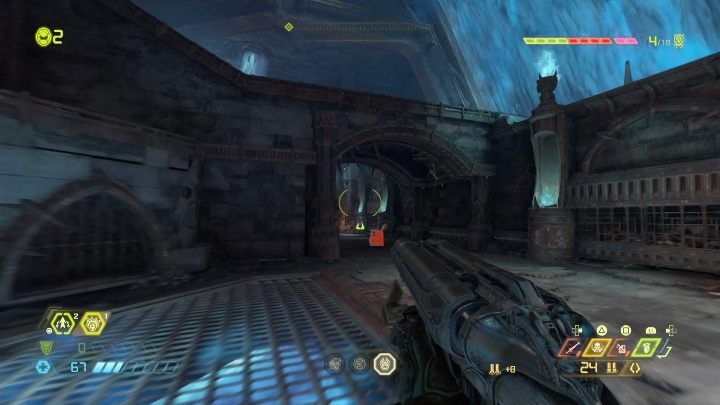 In Doom Eternal you can collect loot in two ways. By exploring the world and picking up items lying on the ground like ammo, health or armor. 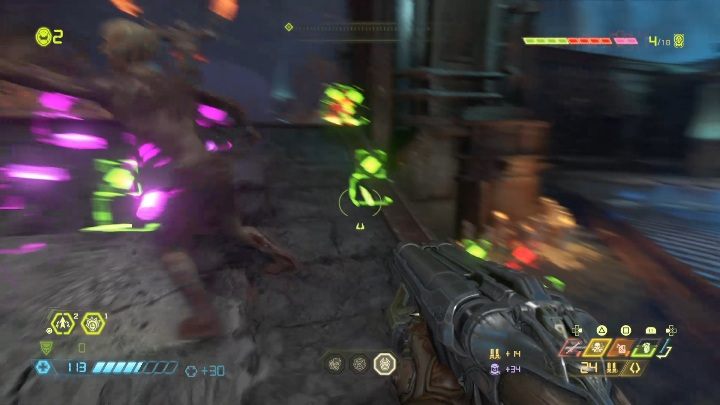 You can also kill opponents in a certain way, that is, by using chainsaw or by performing a Glory Kill. This way you will keep replenishing your supplies during the fight.

Weapons and their modifications 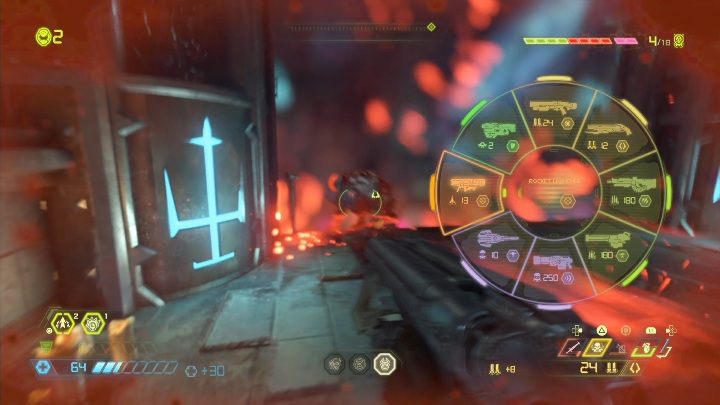 In Doom Eternal you can find a variety of weapons that should be selected not only according to your preferences, but mainly by enemy type. Some of the weapons are great for fighting a particular demon, like a Super Shotgun or a Ballista which are a perfect choice to kill a Marauder.

In addition, most of the weapons in the game allow you to install modifications, these can be further developed over time by purchasing upgrades. Mounting modifications becomes possible after finding one of the modbots in the game world. You can find locations of all drones in the Secrets section.

The weak points and vulnerable spots of demons 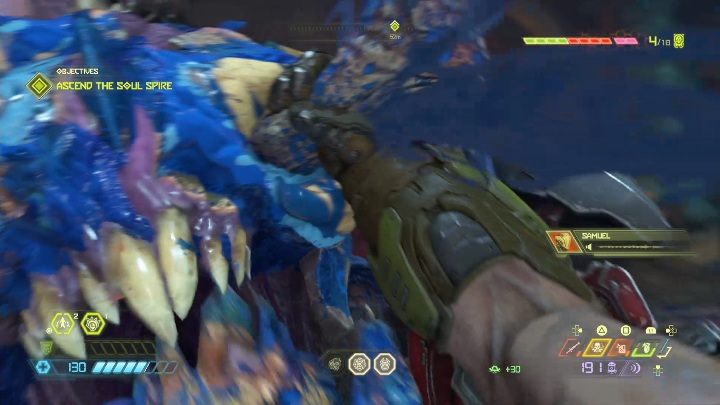 Most demons in Doom Eternal have some sort of a weakness. It is worth following the instructions and attack specific spots of your opponents. This greatly accelerates the battles with demons.

During the battles in Doom Eternal you may come across some power-ups. Their effect is short and temporary, but these items can greatly affect your strength in the battle and tip the scales of victory in your favour.