This page of the Doom Eternal guide explains what the Demonic Corruption Meter is. You will learn how to read it, what activities lead to filling the bar, and what rewards it provides. 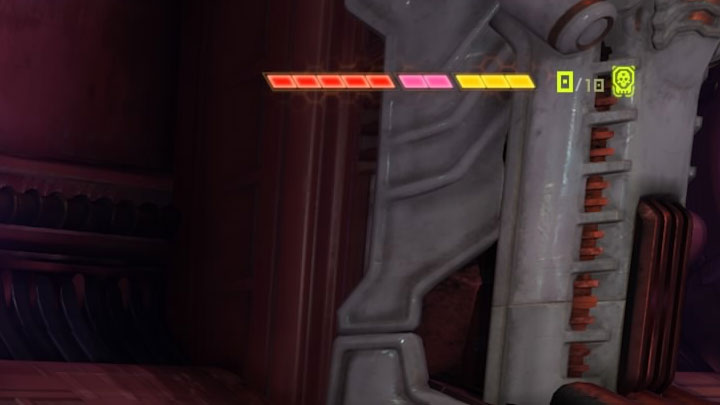 The Demonic Corruption Meter is associated with killing demons. Eliminating monsters encountered in a given mission fills the bar gradually.

Starting with mission 2, the corruption bar will be displayed in the top right corner of the screen. The icons on it can have 1 of the 4 colors: 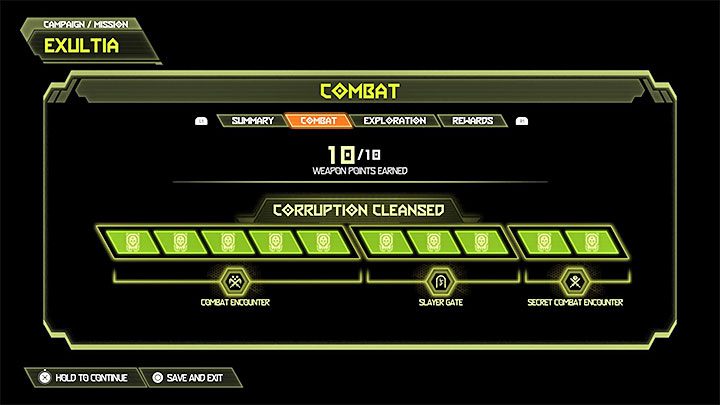 The Demonic Corruption Meter always has a total of 10 icons. Filling each one of them allows you to get a Weapon Point. This means that you can earn 10 points in each mission.

Fortunately, you don't have to get all the points during a single playthrough. If you missed, for example, the optional battles, you can still complete them when replaying missions. Weapon points received earlier won't disappear. 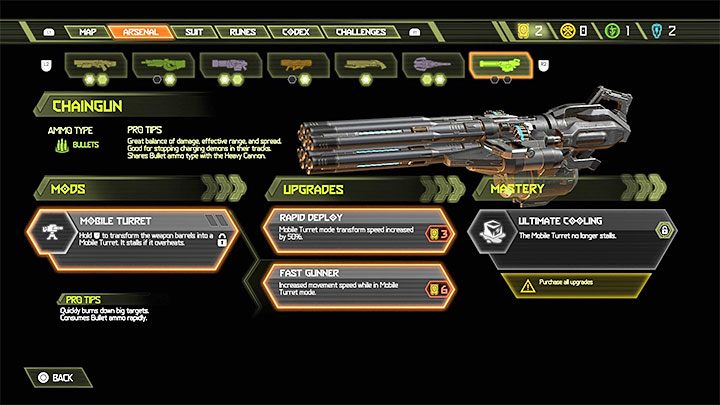 Weapon points are for improving unlocked weapon upgrades. These improvements can cost you from one to several points. First, we advise you to develop those weapon improvements that are most useful in battles. Get all improvements for a specific weapon to be able to unlock its mastery. This process is discussed in more detail on the Weapons upgrade - how and why? page.