The following chapter focuses on the boss fight with Khan Maykr. 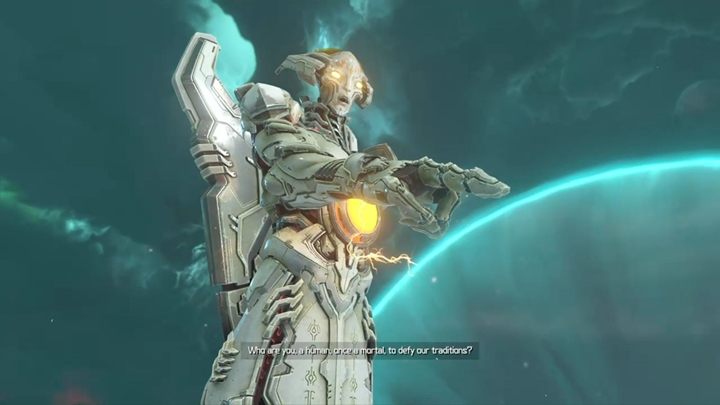 This is definitely one of the toughest fights in the game. The boss can fly, shoot powerful projectiles, set the arena on fire and summon destructive flames from the heavens. You have to be mobile all the time - get distracted for a brief moment and you will lose a lot of health. To make matters worse, instead of classic monsters, you will also fight Maykr Drones. Kill them with a headshot to get ammo supplies. 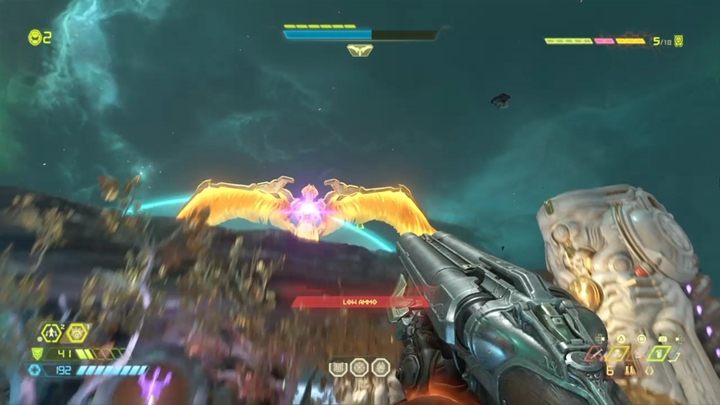 To damage the boss, you have to fire any weapon at him. This will reduce the boss's shield, which serves as his life bar. If the enemy loses his entire shield, he will be vulnerable to Blood Punch. You have to use the Super Shotgun, fire the hook at the enemy, and use the Punch to damage him. Then he will lose one health point. You have to repeat the whole sequence six times. 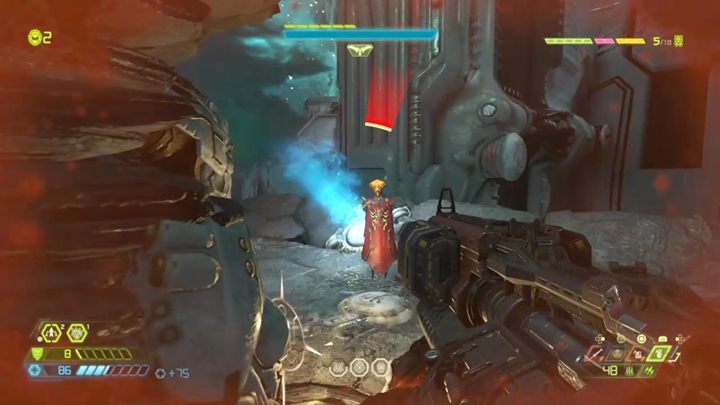 The problem here is that you have to break the enemy's shield with a single shot. Otherwise, it will regenerate. Combined with the need to constantly avoiding enemy attacks and fighting his henchmen, you have very little time to attack. The rocket launcher works well here - track down the boss and fire several missiles at once. Then you have to change your weapon to the chaingun and quickly destroy the shield. If you are fighting the drones, be sure to use the rune that slows down the time when you are in the air - jump down on your enemies, aim at their head with the Ballista and quickly finish them off. 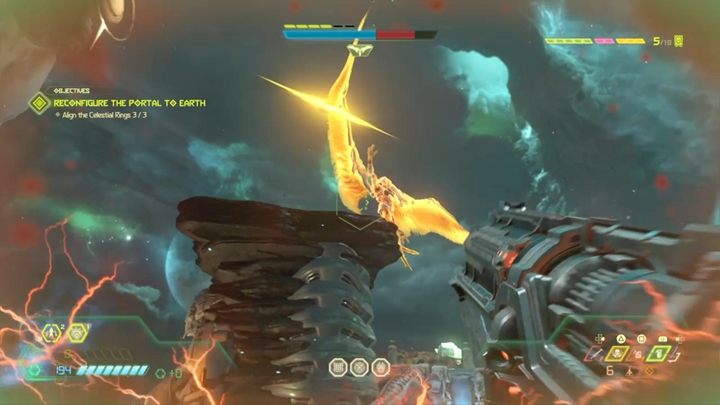 The fight can be long and fierce - take care of your health first and don't rush. Be methodical and look for opportunities to attack. You can also find BFG ammunition - but this weapon is best used for the boss's last "lives" to quickly deplete the remaining armor points. Win the fight to complete the mission and start the Final Sin.