This page of our guide to Doom Eternal contains a detailed walkthrough of Mars Core mission.

Our campaign walkthrough only shows you how to complete the mission. Information about the secrets and collectibles are in separate chapters of our guide. 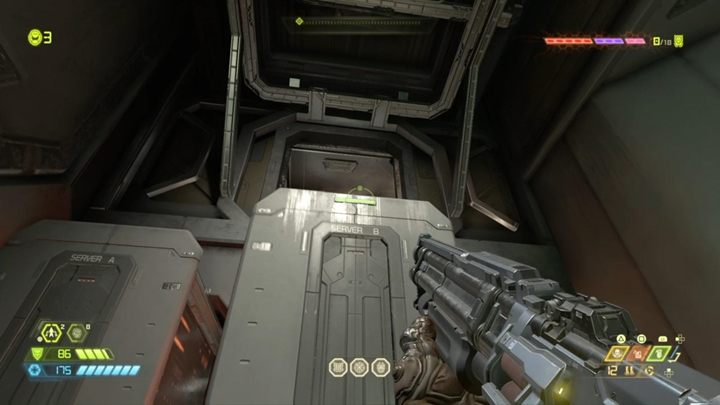 After the cutscene, take the elevator down and kill all demons. Now you have to jump on the crates and enter the shaft. Kill all monsters, and after a while you'll reach the teleport. Use it and you'll move into a room full of enemies. 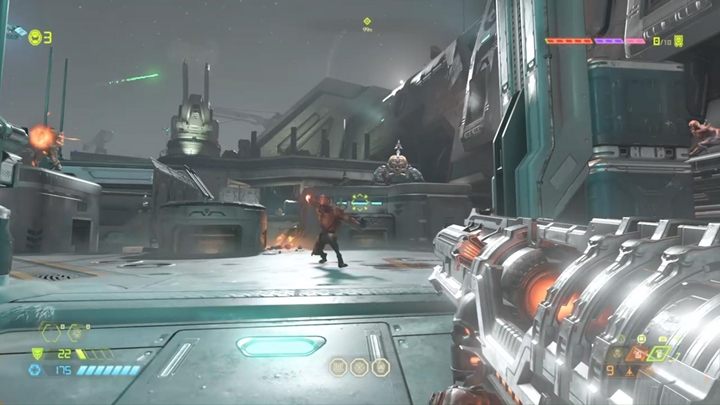 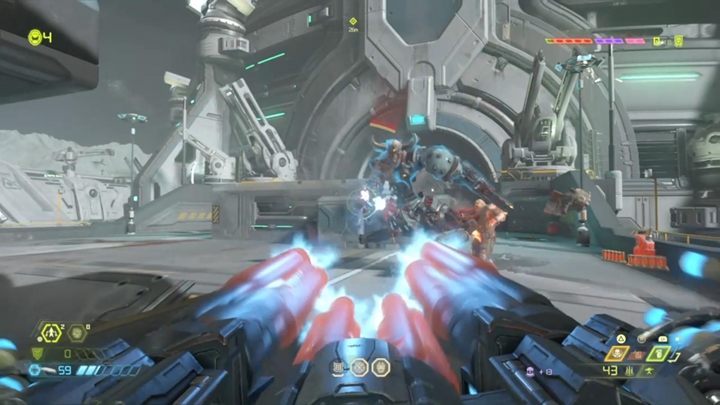 Get out of the facility and continue to fight the demons. Destroy your enemies and proceed straight ahead - some enemies will appear from time to time. 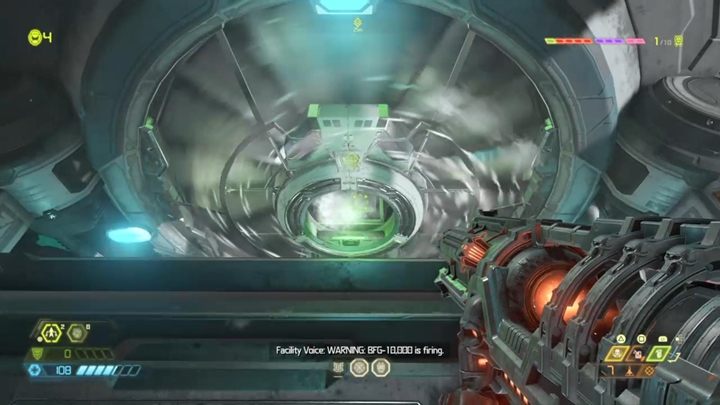 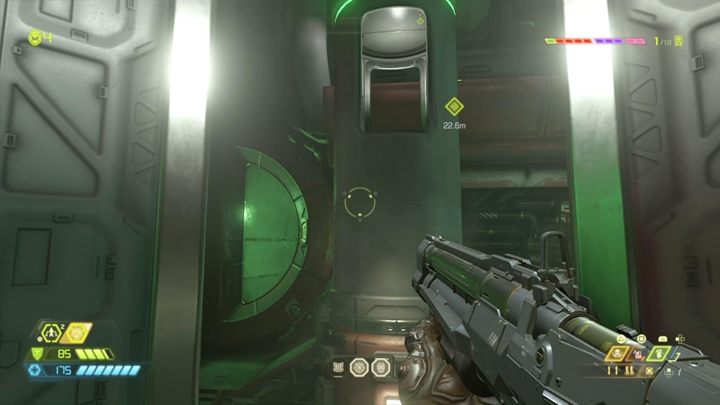 Jump down the building and then you jump into a big turbine. Destroy the mechanism inside and defeat more demons. In the next room, there are some chambers that move up - jump in them and keep going. 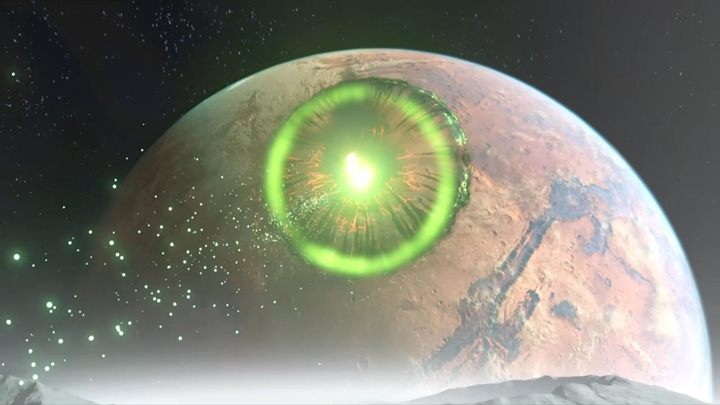 Enter the next shaft to move further and watch a cutscene. Your hero will target Mars surface and destroy it with the BFG-10000 cannon. The projectile will create a huge crater on the Mars surface. By the way, you'll get a new weapon, The BFG-9000. It's a powerful weapon that kills most demons with a single hit. However, it has a very small amount of ammo, which is rare and hard to find in the game world.

Path to the capsule 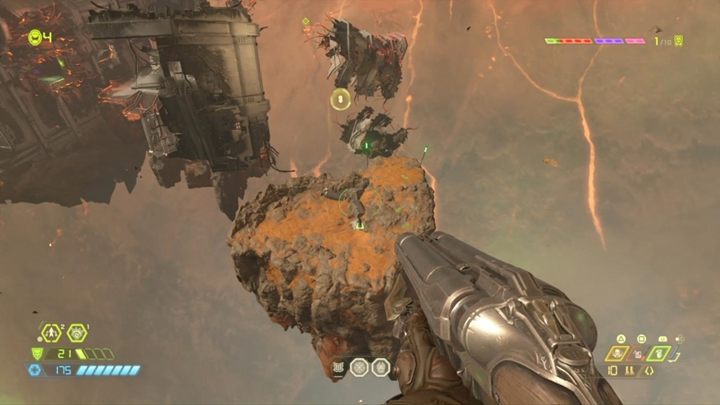 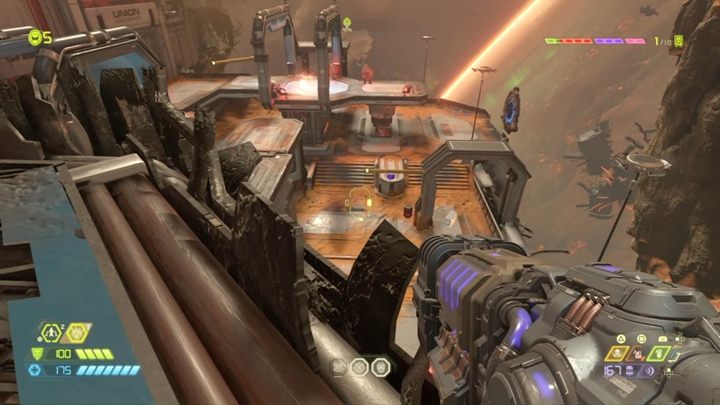 Destroy all enemies and use a teleport. You will have to jump a little bit between small parts of the ground. You'll end up in a facility with another demon army. Go ahead and break through hordes of enemies. 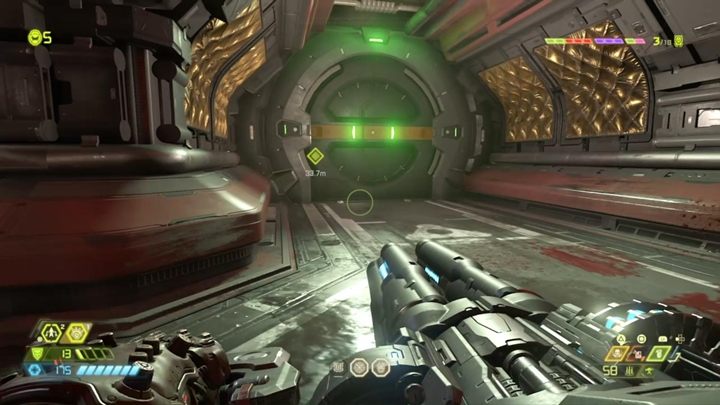 Now go through the door and get to the gun station. After watching a cut-scene, approach the cannon, and in a spectacular way your hero will fire himself to the next base. 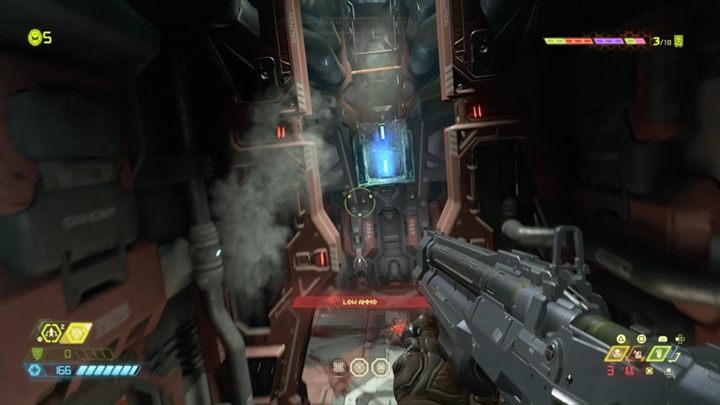 Destroy enemies and tentacles. In the corridor, you will find crates leading to the shaft, from where you can move further on. Jump below, where a bunch of enemies are waiting for you. 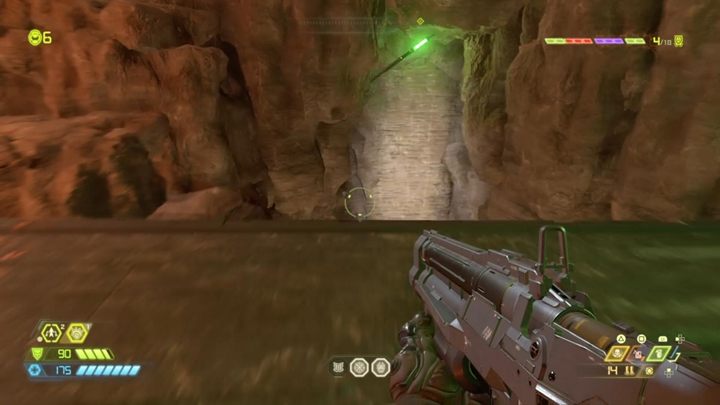 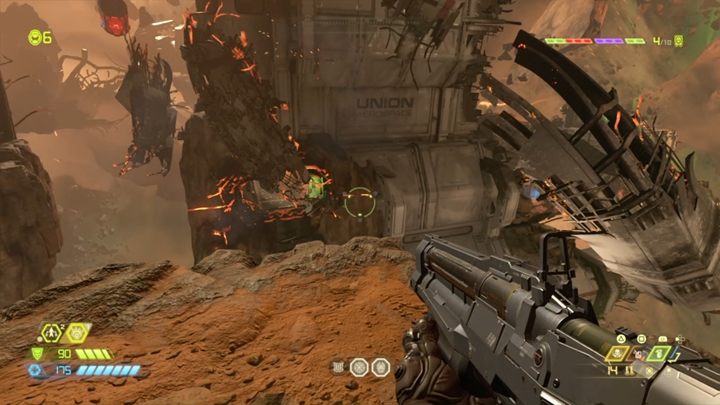 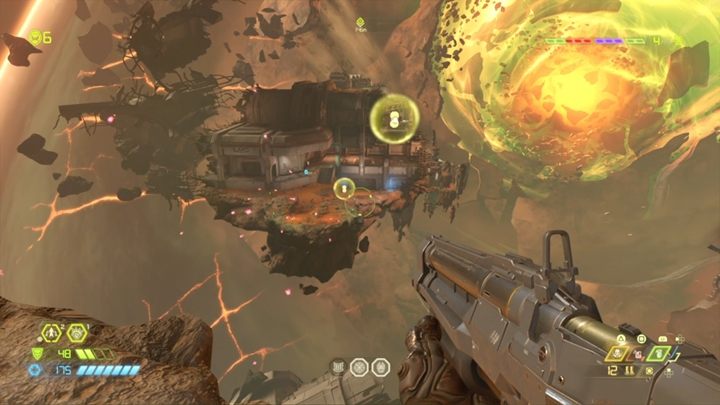 You need to make some jumps now to get to the next area filled with enemies. Enter in the building and go to the other side. Jump a bit to move further. 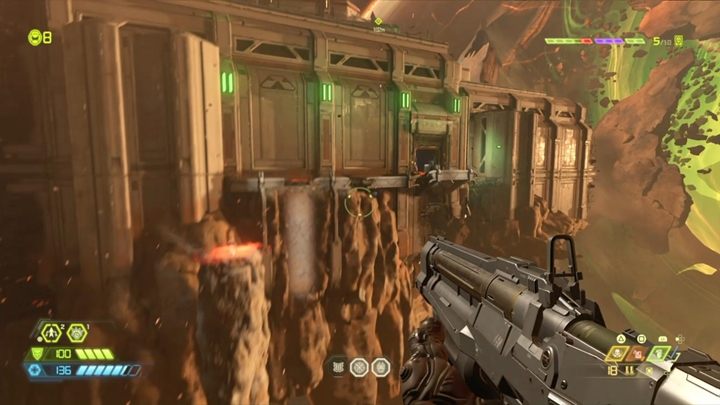 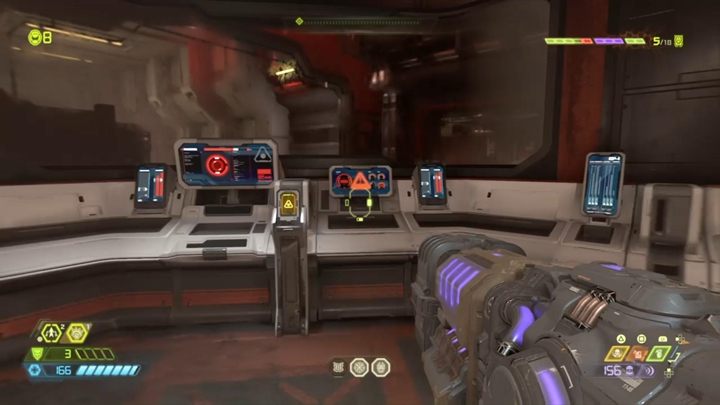 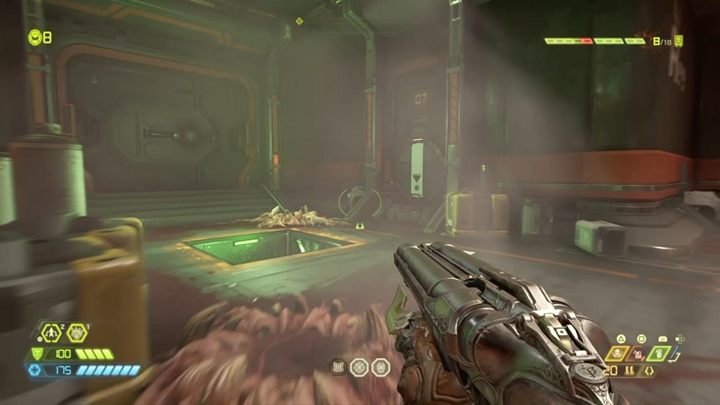 Then, reach the another damaged part of the base. Kill the demons inside and approach the control panel - activate it. You'll find a hole in the floor nearby. Jump into it to continue your journey to the teleport. 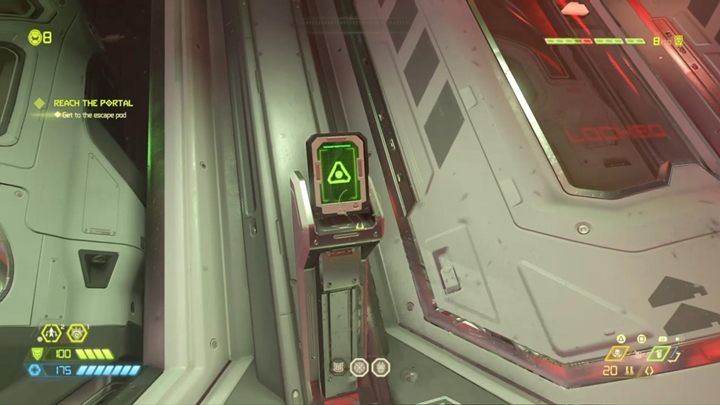 Kill enemies on your way and jump even lower to reach the capsule stations. Use the switch to transport your hero to Mars.

Path to the Portal 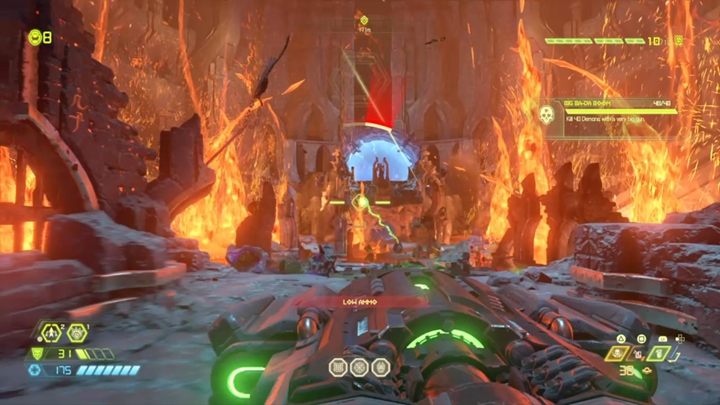 Go ahead and fight the demons. You will enter a huge arena with lots of enemies. You have to defeat all of them to open the portal gates. As soon as you cross the gates, you will find BFG-9000 ammo. Use it immediately and reach the Portal. You will complete this level and automatically start the Sentinel Prime mission.