On this page of our guide to Doom Eternal we explain what the Sentinel Armor is, which can be obtained during the main story campaign. You will find out what is the main use of Sentinel Armor and when you can unlock it. 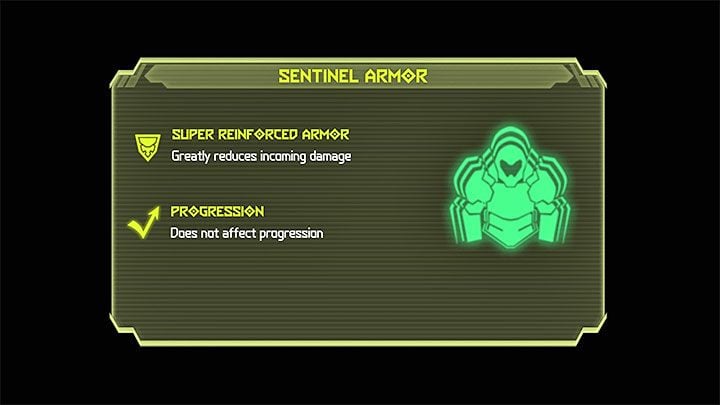 More information on that matter can be found in the screenshot presented above - Sentinel Armor is a unique item used in special circumstances.

The game can assign you a Sentinel Armor if you die several times in a row at a particular place, for example, if you are not able to win a boss fight. The chances of receiving the Sentinel Armor appear only after the limit of extra lives has been exhausted. If you still have some extra lives left, then they will be consumed. 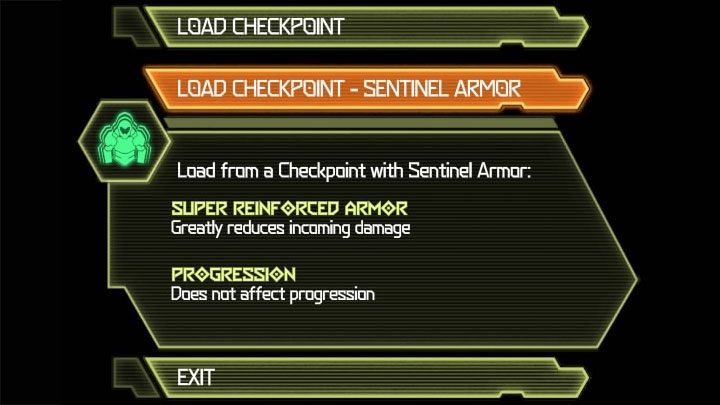 Sentinel Armor significantly reduces the damage inflicted by demons. It doesn't provide a total immortality, but the chances of survival are significantly increased.

Important note - you don't have to accept and use the armor offered by the game. After you die you can choose whether you want to use the Sentinel Armor or keep playing on the old rules.

Using a Sentinel Armor won't block the possibility of earning achievements and does not have any impact on character development. You can consider this as a selfless support offered by the game.