On this page of our game guide to Doom Eternal you will find out more about best weapons and their modifications. We have prepared a list of a few powerful weapons that, in our opinion, can be extremely helpful in winning battles against demons.

If you're looking for a full list of available weapons, look at the List of all weapons page of our guide. Also, by checking this section you will find out when you can unlock a particular firearm. 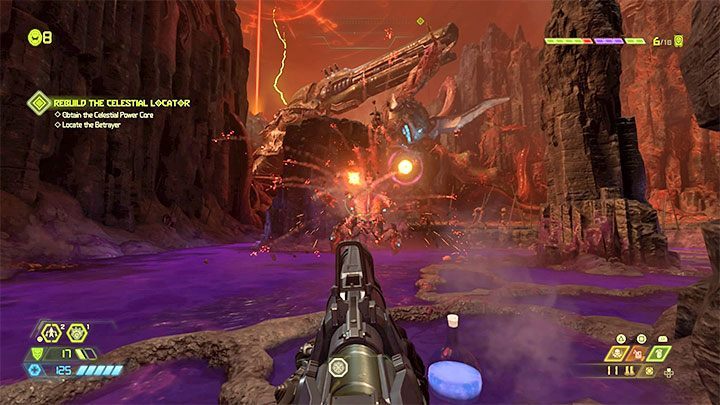 Combat Shotgun is a powerful firearm at short distances. It is definitely more useful when you unlock the Sticky Bombs upgrade, which transforms the shotgun into a grenade launcher. Sticky bombs are perfect for killing Cacodemons (wait until the monster opens its mouth) and for destroying vulnerable spots on demons' bodies (like turrets mounted on Arachnotrons). 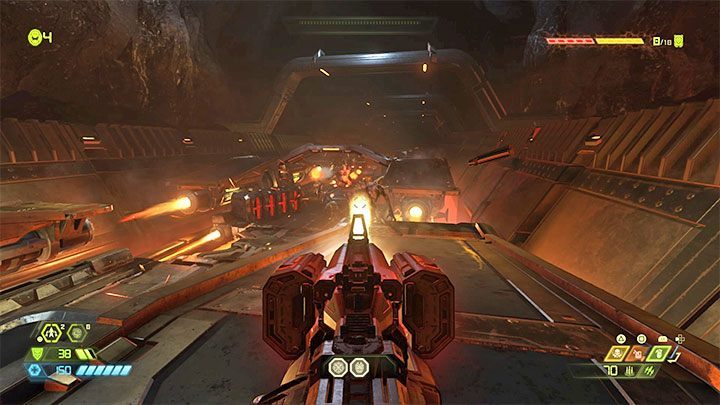 We deliberately didn't recommend any particular upgrade to assault rifle, because both upgrades to this weapon are equally useful. It's worth having both of them unlocked. Switch between them on the fly depending on the specifics of a particular battle. Precision Bolt allows you to turn your assault rifle into a sniper rifle and attack a target with great precision from larger distances. Micro Missiles modification, on the other hand, allows you to launch an area of effect attack that is good for weakening demon groups. 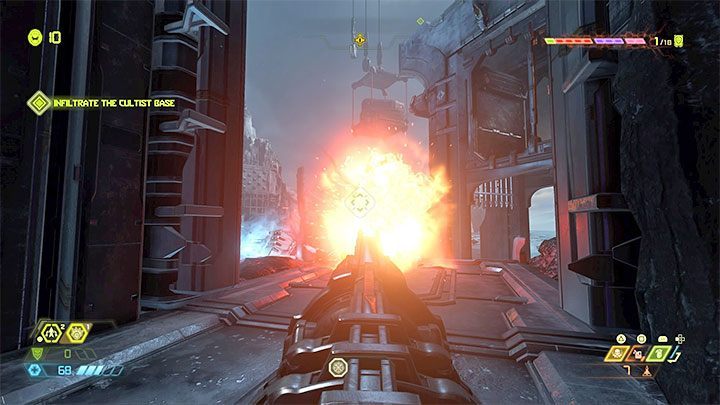 The main use of the Rocket Launcher is quite obvious - it's an excellent weapon used for attacking strong demons. Don't waste rockets on weaker monsters, as in most cases you will only have a stock of about 10 rockets. Lock-On Burst makes the Rocket Launcher even more effective weapon capable of destroying powerful demons, since after detecting a monster, you can launch 3 missiles towards its direction. 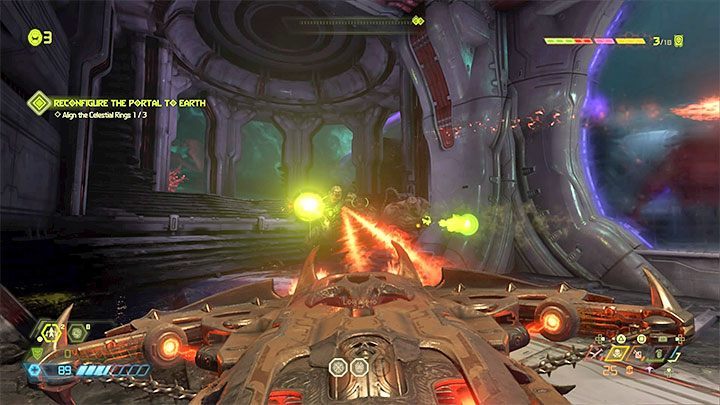 The Ballista is a perfect sniper rifle similar to Rail gun known from Quake series. You can use it, for example, to hit heads of strong demons or to defeat elite Marauders. The Ballista can effectively stop the Marauder attacks after the eyes of the monsters have turned green. Destroyer Blade modification needs a lot of time to recharge (during this time it is worthwhile to hide somewhere or find cover) and therefore works well in other situations. A launched blade can destroy everything in its path and causes an area of effect damage. 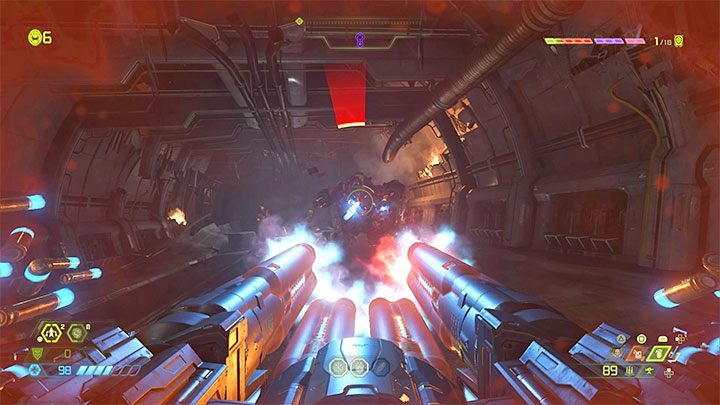 Chaingun is a perfect weapon in cases when you have to continuously fire at tough enemies and don't have to aim that much. It's a weapon of great firepower and concentrating fire even on some stronger demon can smash your enemy into pieces. Mobile Turret forces you to fire while standing still, but due to such position your damage is significantly increased. Unlock the mastery of Mobile Turret as soon as possible so that it stops overheating as a result of too excessive shooting. 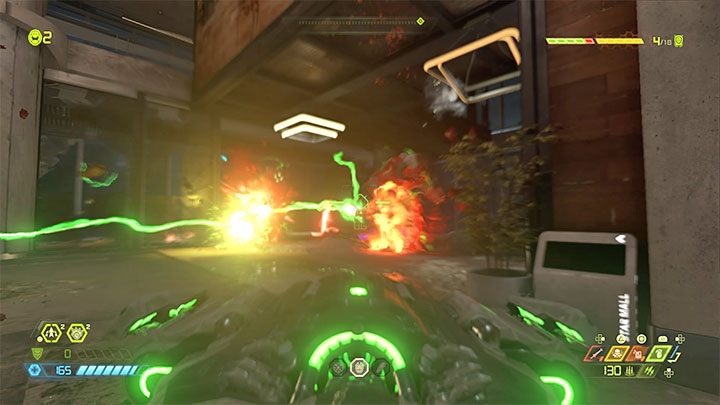 In this case, the recommendation is quite obvious - it's a weapon with the highest firepower of all guns available in the main story campaign. The BFG-9000 has a very limited number of uses - you cannot replenish the ammunition by killing demons with a chainsaw, but instead you have to find crates of BFG ammo (they are marked on the map). Don't use BFG-9000 until you come across a very large group of demons that stands in front of your hero (in the line of fire).

For more information check the How to get the BFG and when should I use it? section of our guide. 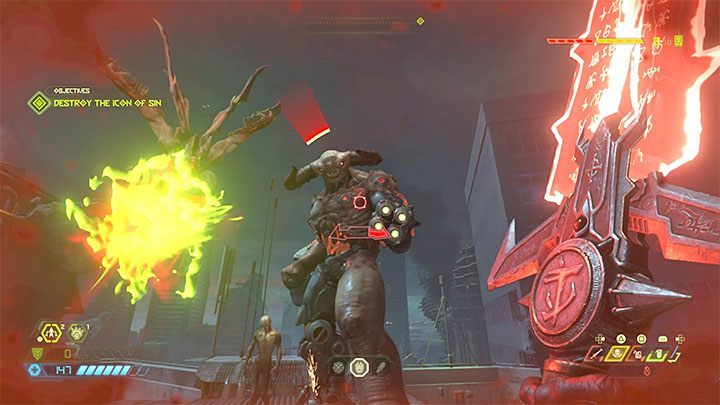 The Crucible is similar to BFG-9000 in some ways, as this weapon also has a very limited number of uses. You cannot replenish sword strikes by collecting simple loot - you have to find a special red icons of the sword in the game world. The Crucible Blade allows you to kill most demons with just one attack apart from the main bosses. The list of exceptions includes a Doom Hunter (an attack with a sword will only destroy his flying platform) and a Marauder (use a Ballista or a Combat Shotgun instead of the plasma sword). Use Crucible Blade against the strongest demons like Arch-vile or Tyrant.

For more details check another page of our guide - What enemies can be killed with a Crucible Blade (plasma sword)?