This page of the Doom Eternal guide has a walkthrough for Arc Complex mission.

Here are the three challenges for this mission:

Arc Complex - Get to Samuel Hayden 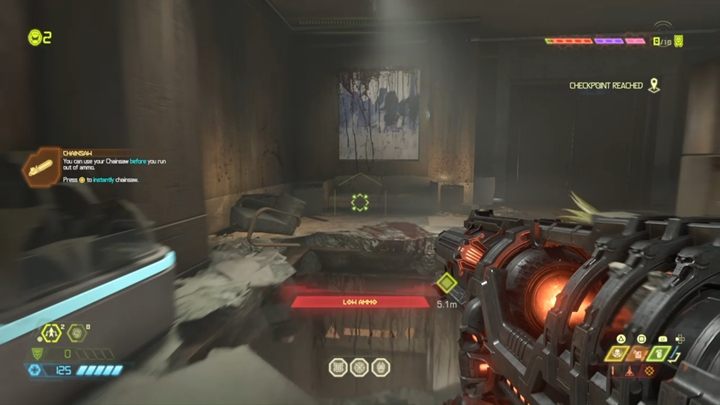 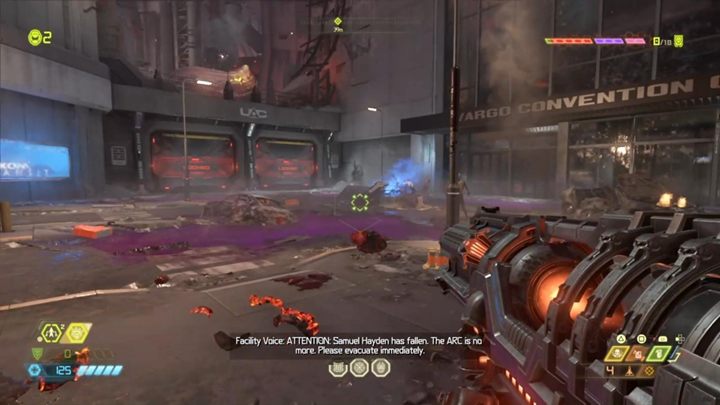 As soon as the mission begins, go through the corridors and jump down the elevator. Jump down the pit and fight with the demons. Head all the way down the building - the path is quite linear; you shouldn't have any problems navigating. Eventually, you will reach the square with a lot of demons to kill. 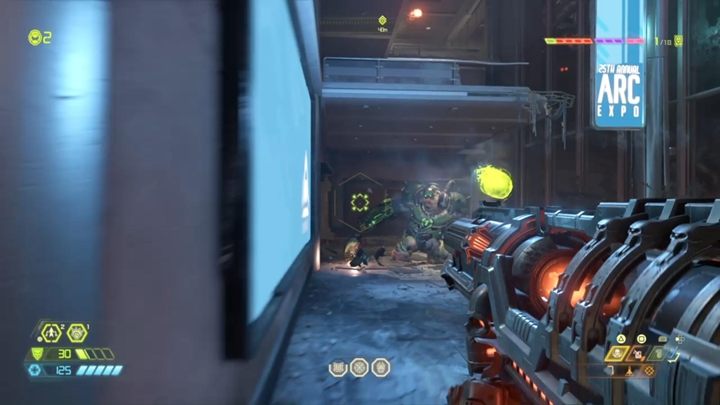 Fight the demons and enter the next building where you will encounter e.g. Cyber Mancubus, an armored demon and an improved version of its basic version. You can no longer destroy its weapon. The enemy also has powerful armor that can be destroyed with e.g. Blood Punch. 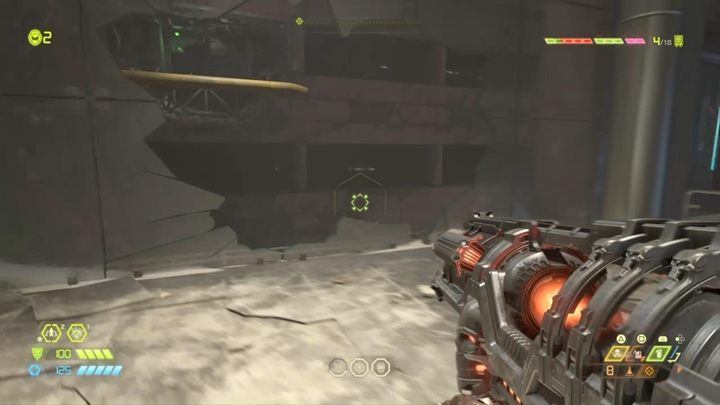 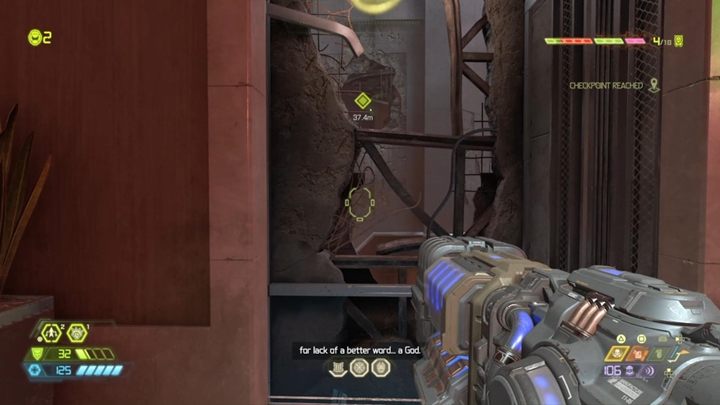 Inside the building, you will find a gap in the shaft - jump through it to grab the bar and proceed forward. There are a lot of demons here waiting for death. Use the switch, jump into the elevator shaft and move to the next building. 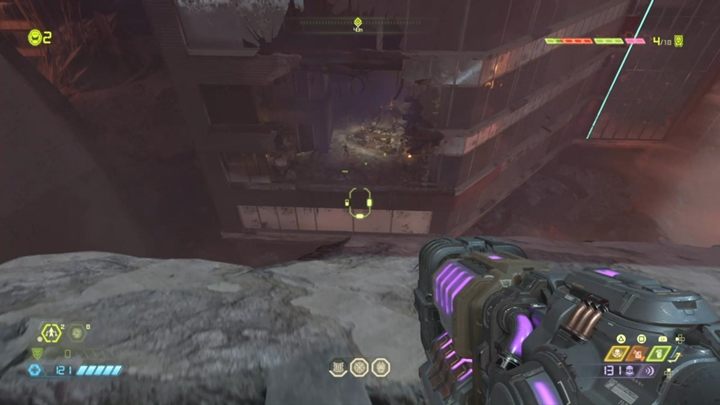 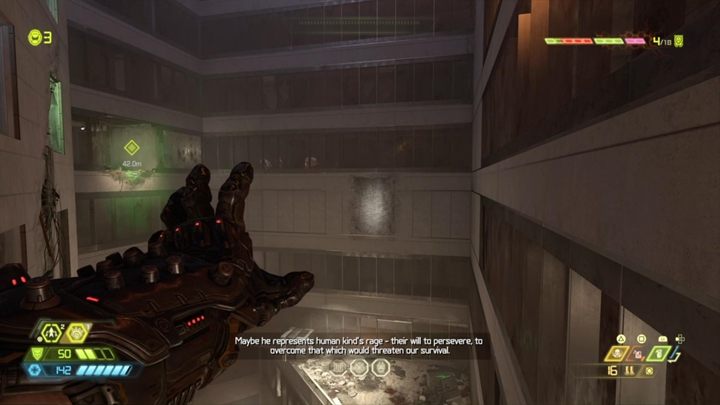 Destroy the demons and jump forward. Inside the next building, you will have to e.g. swing on bars and jump on walls. 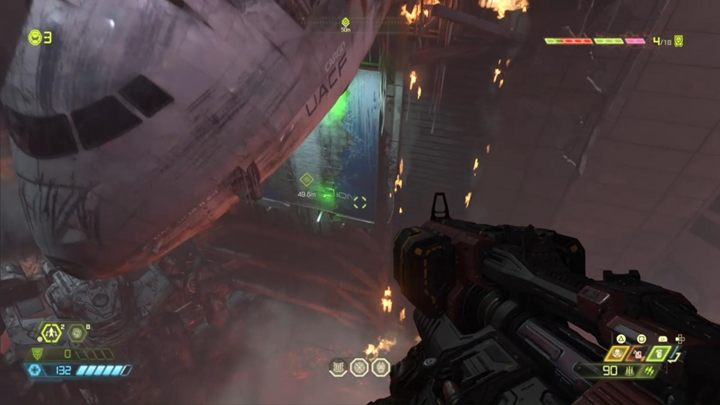 Eventually, you will reach the wreckage of a large plane - beneath it you will find a wall you can grab on. Kill the demons in the wreckage and go to the next building. 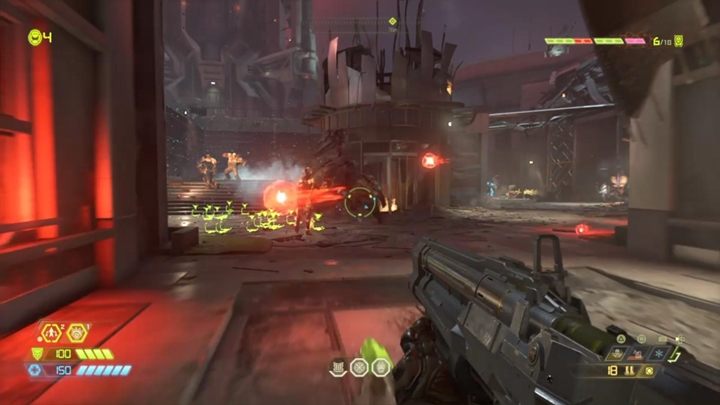 Follow the linear path full of demons - pay attention to the marker. 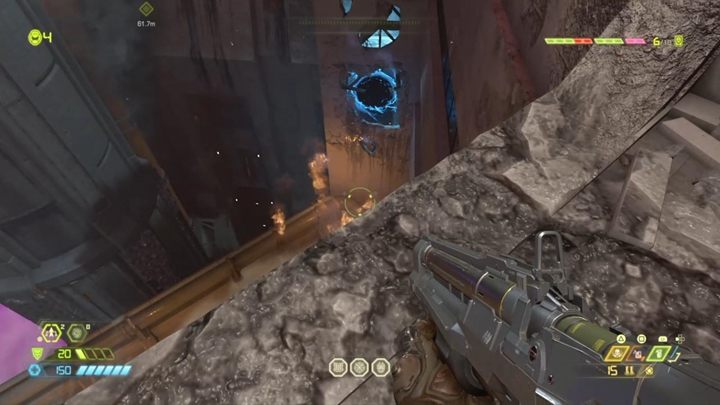 You are finally outside. Jump into the portal above the abyss, use the turret and destroy the tentacle. 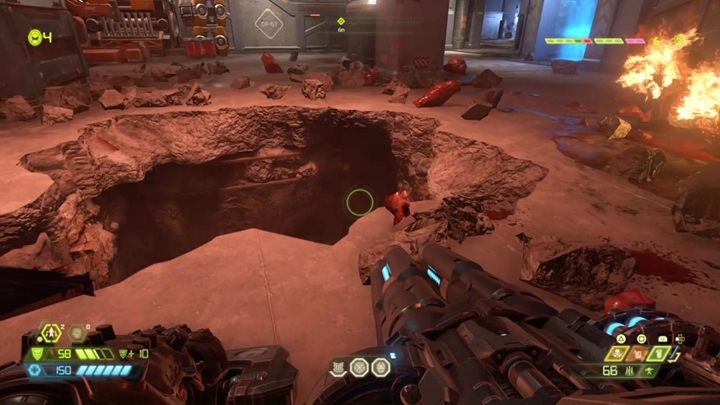 Now go through the corridors deeper into the facility and use the elevator. Kill demons and move forward - time for a few intense battles. One of the demons will make a big hole in the ground - enter it. 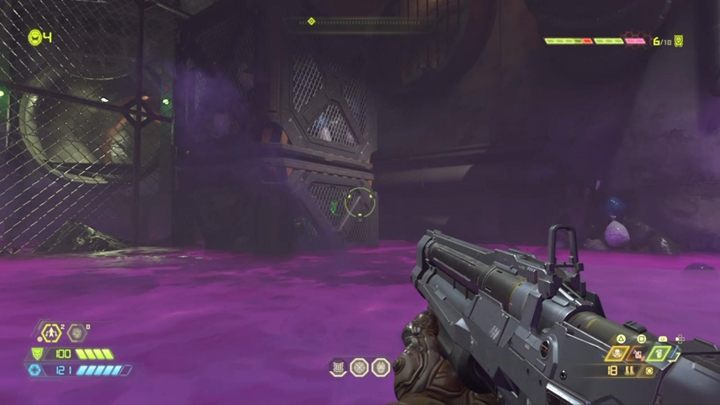 You will end up in sewers with purple slime that restricts your movements. You have to get to the big chest and hit it with your fist. Jump on it and use the bar to go to the next tunnel. 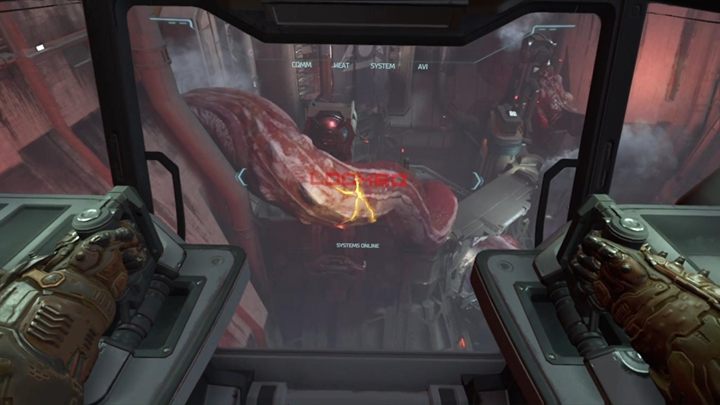 Kill the demons, take the elevator and move on. Eventually, you will reach the second post with a turret. Use it to destroy the tentacle. 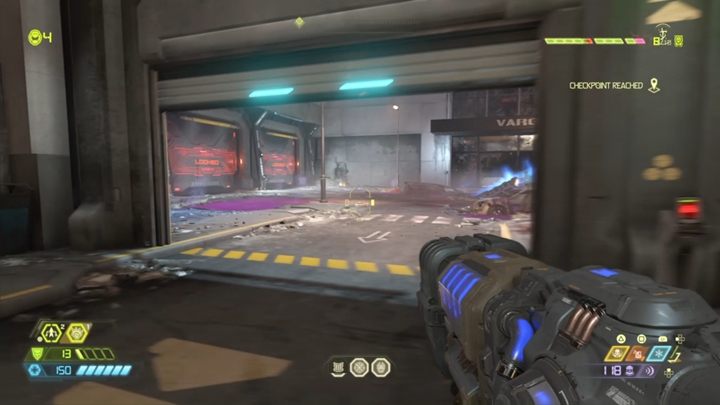 You open a new passage. Move on and kill more demons. After a while, you will get to the underground garage. Destroy the demonic forces, go down and open the garage door. 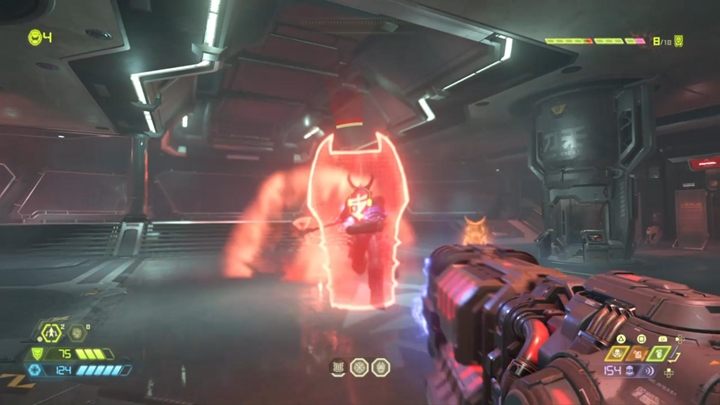 Shoot your way through the enemies and reach the open outpost - go inside. Take the elevator up and watch a cut-scene. You will face a new demon - Marauder. This is one of the most difficult enemies in the entire game. 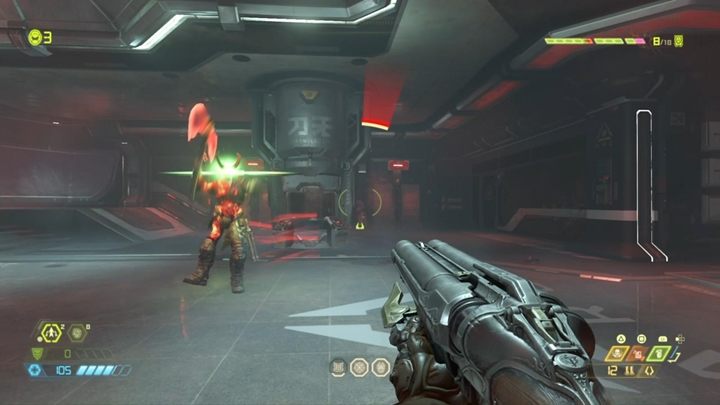 The enemy protects itself with a shield and is immune to most attacks. The only chance to hurt it is when it glows green. Take out the Super Shotgun or Ballista and shoot the demon. The enemy will be stunned for a brief moment - you can now damage it with other weapons. Use dodges, watch for its attacks and destroy the spirit wolf summoned by the enemy. Kill the demon to complete the mission.