This page of the guide to Doom Eternal has a strategy for the fight with Doom Hunter, the boss you face in Doom Hunter Base mission. 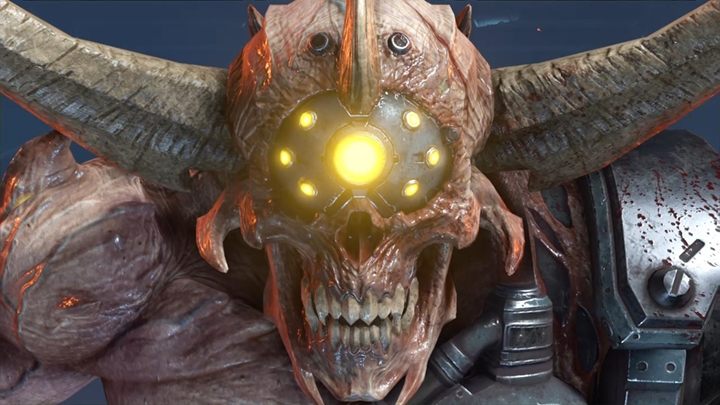 Doom Hunter is a powerful demon, especially at this stage of the game, when you don't have all the weapons yet. The enemy glides in a vehicle, has strong attacks and uses its claws in close combat. In addition, the enemy is covered by a shield that negates some damage. Of course, there will also be additional enemies in the arena. However, treat them as first aid kit and ammo sources. 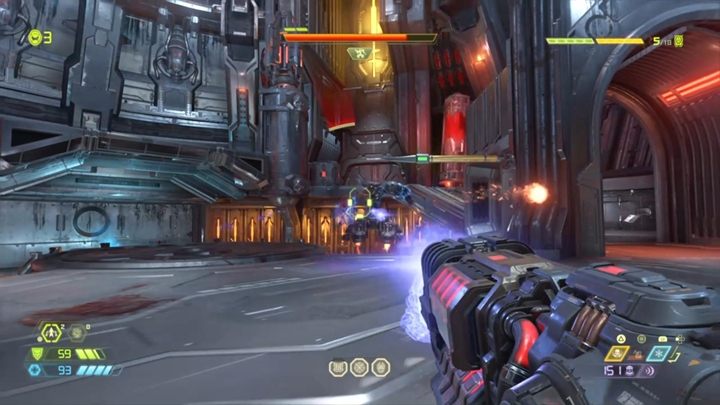 The enemy has several weak points. The first spot is his bottom. Attack the mechanical part of the enemy to destroy his shield and make him unable to shoot missiles. You should also use the plasma rifle to disable the enemy's shield and inflict additional damage. If you have a charged Blood Punch, try to hit the enemy's base to quickly destroy it. 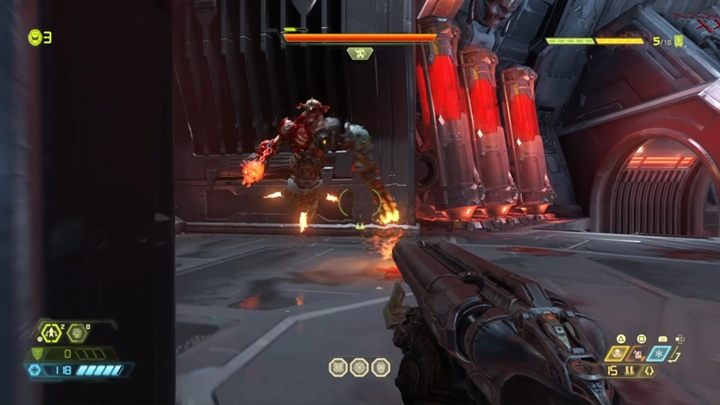 Watch out for the boss's homing missiles - use dashes and double jumps to break tracking and be mobile in combat. As soon as you destroy the enemy's base, it will begin to levitate. It will become much more mobile, so you need to pay special attention and use rapid-fire weapons. After the battle, jump down into a large hole. 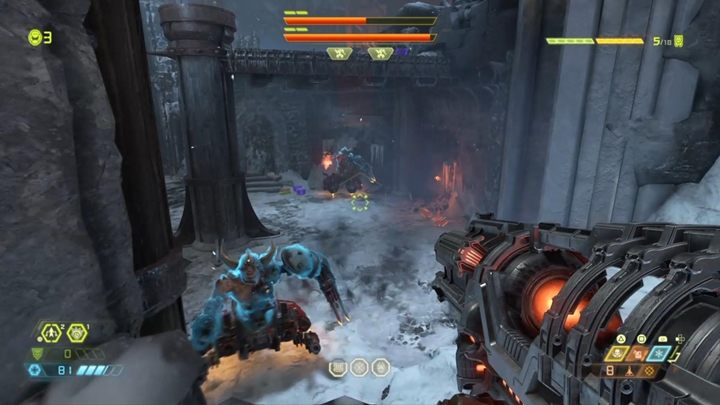 You don't have time to get bored - you have to face two Doom Hunters at the same time. The fight looks the same as before, except that you have to be twice as careful because of the second boss. Focus your attacks on a single demon, finish it off, retreat when you are low on health and hack smaller demons with the chainsaw to restore ammo.

Once you defeat both demons, you will see the cut-scene and complete the mission.