On this page of the Doom Eternal game guide, we tell you how to solve the problem you have to deal with starting with mission 5 (Super Gore Nest). We explain why some demons have a red shield and respawn after death. This situation can make it very difficult or even impossible to win some fights on standard principles. 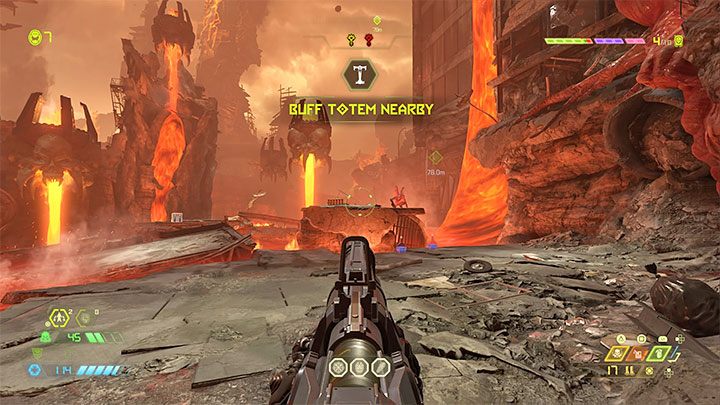 The reason for red shields surrounding the opponents and their respawn is the presence of the Buff Totem in a given location. These items have "magical properties" that allow them to protect all demons in a given area.

The game always warns you about reaching the area with a totem - an example of this message is shown in the image above. 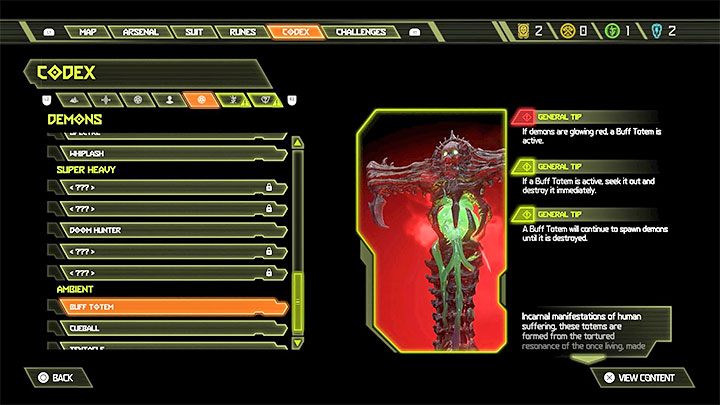 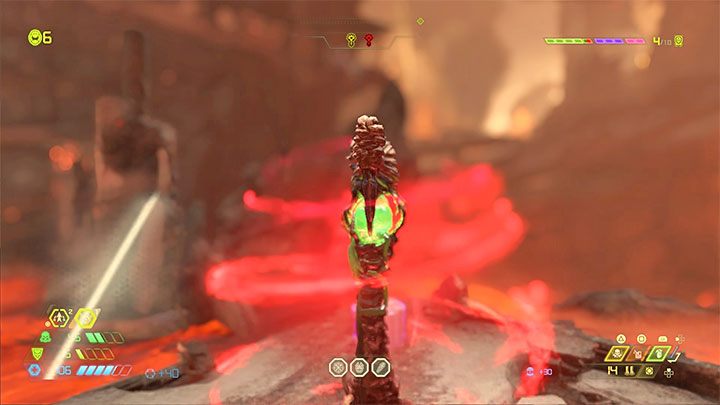 The solution to the problem described above is simple - your absolute priority is to find the totem as soon as possible. Try to run around the entire arena, avoid demons or, for example, slow them down with an ice grenade.

When you find the totem, use the melee attack on it to destroy it (fortunately, the totem itself is "defenseless"). This will return the demons to their default state-they will deal standard damage from now on and will not be able to respawn after death.