This page of the Doom Eternal guide has a walkthrough for the first mission - Hell on Earth.

Get to Dead Nilox Chamber 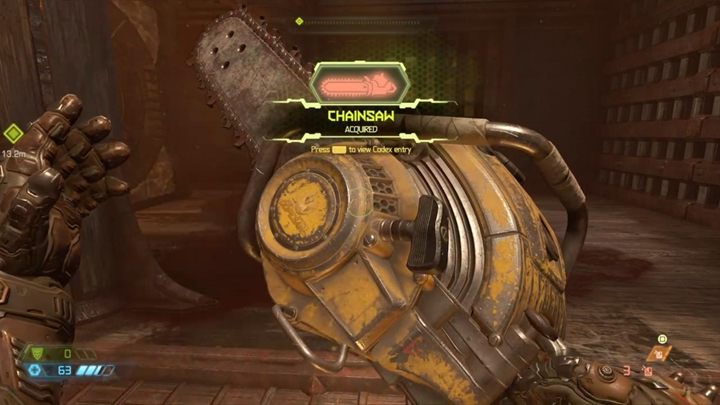 After selecting the difficulty level (even the default can be challenging at times) and cut-scenes, you land on the Earth. Currently, you only have a shotgun. Kill the zombies, the weakest type of enemies. Then go through the door and the game will teach you how to perform finishers. Move on and find a chainsaw. The fuel status is displayed in the lower right corner of the screen - you can kill weak enemies with the chainsaw to restore ammunition. 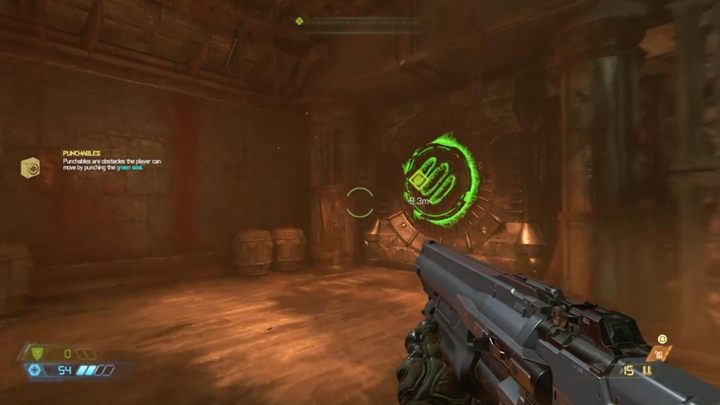 Now go to the big chest with the green fist symbol. Hit it with your fist and you will push the box further. Now jump on it and move on. You will get to the weapons upgrade station. We recommend the Sticky Bombs upgrade - it will turn the shotgun into a grenade launcher. Go through the door and fight new enemies. Destroy the door with the green gap with your fist. 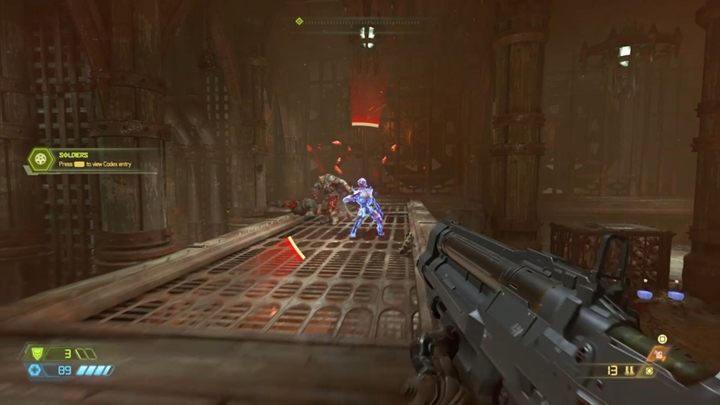 A little further, you will find new enemies - Soldiers. These opponents are also quite weak and can be killed with the chainsaw. The shotgun works on them, too. You also encounter Imps - you can cut with the chainsaw to restore your ammunition supplies. After the fight, go through the door to proceed further. After the cut-scenes, your hero will kill Deag Nilox and then jump down. 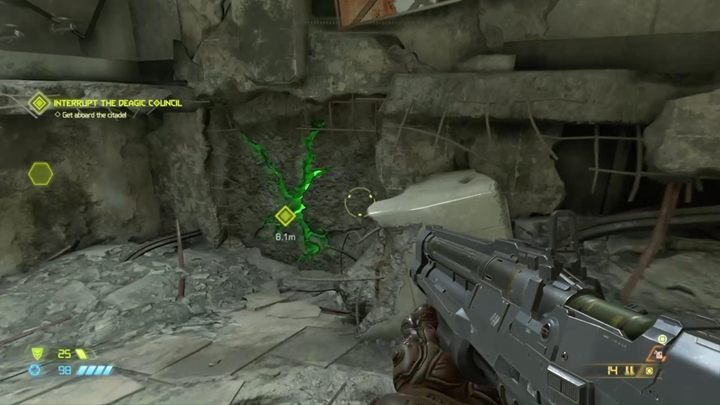 Enter the destroyed building and get another weapon upgrade. Destroy the wall with your fist, defeat the zombies and go down. Time for another fight with weaker enemies. 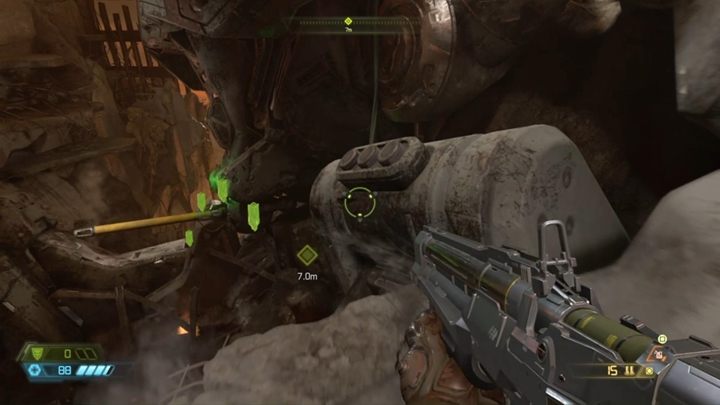 Defeat them and head to the bar - swing on it to reach the other side. In this area, you will find a new enemy type - Arachnotron. This enemy has a deadly turret mounted on its back that can kill you very quickly. Use the Sticky Bombs upgrade for the shotgun, aim at the turret and destroy it. The enemy won't be that dangerous now. 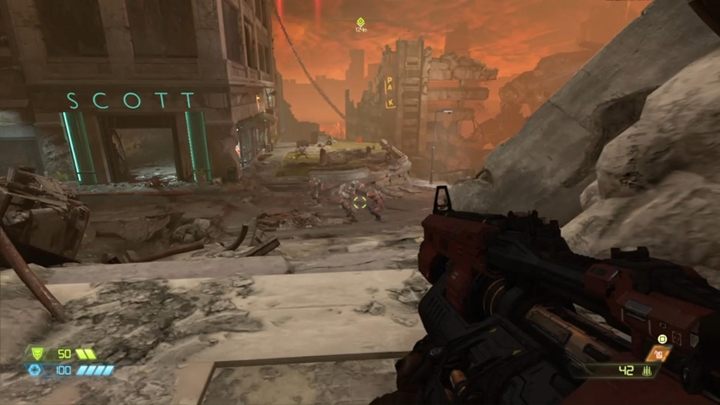 After the battle, move further along the gorge and fight lesser opponents. The gate is finally open. Go through it, and you will get a new weapon - Heavy Cannon. This rapid-fire weapon will help you e.g. kill fast opponents. Go through the door and keep going - you will encounter new enemies and another Arachnotron. Once you defeat it, enter the building with the name Scott written on it. Go through the wreckage and fight the enemies. 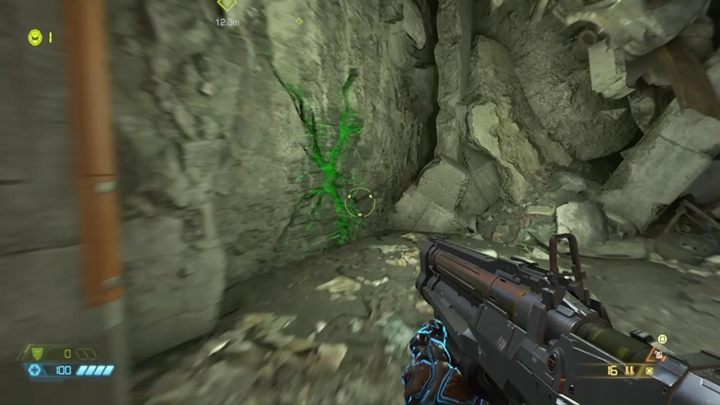 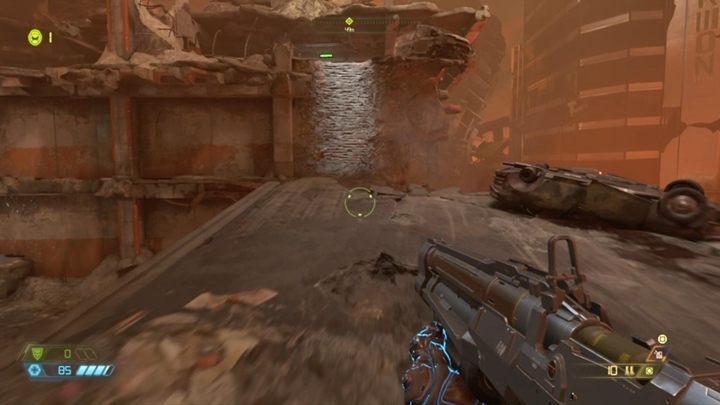 Head to the marker. Break the wall with your fist and restock on the zombies. Now you need to jump on the wall (a characteristic white wall, similar will appear frequently throughout the campaign), grab it and climb up. You will find a yellow access card in the building. 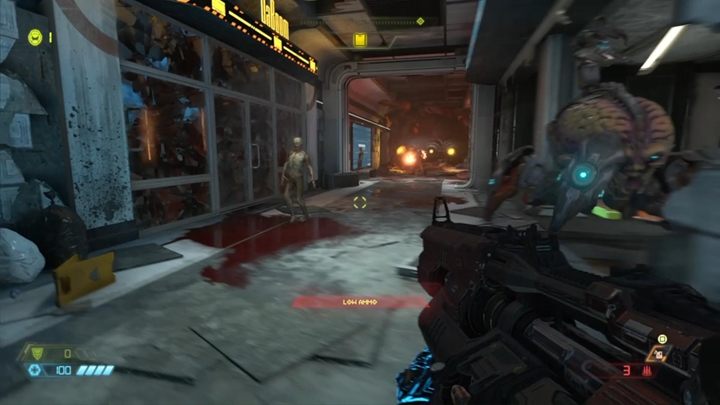 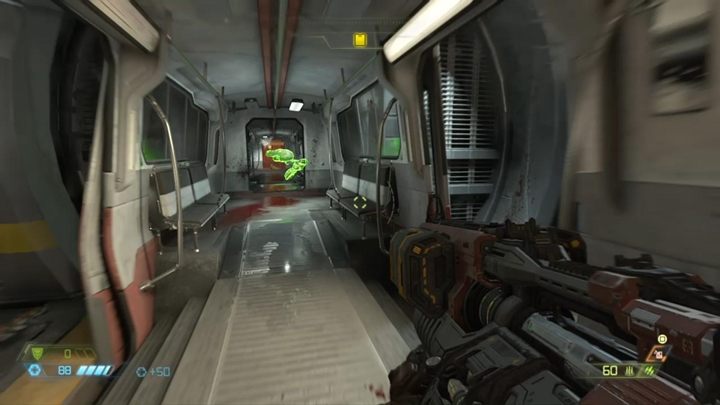 Jump down and go to the building that requires the access card. Open the passage and go down. In addition to the enemies, you will also have to dodge the fire that shoots from traps. There are a lot of enemies here, so be careful - you have little space to fight. After the battle, go down, take a weapon upgrade and get on the train. You can now throw grenades - this is very useful when you are fighting groups of enemies. 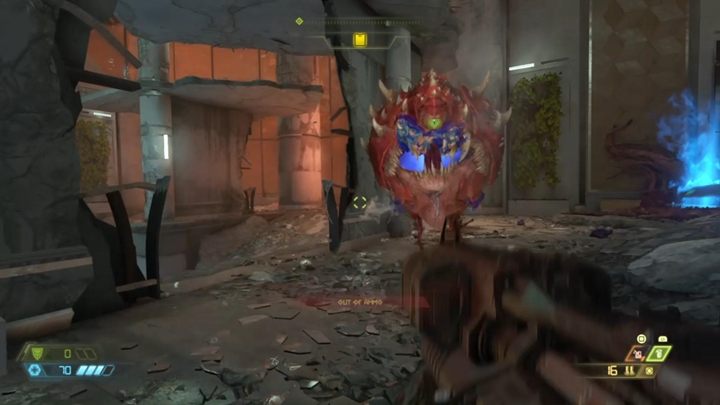 Jump on the pipe at the end of the train to reach the other side. Inside you will find a lot of enemies and a new enemy type - Cacodemons. It is best to throw a grenade at the enemy or use the Sticky Bombs upgrade. This will stun the enemy- this is your chance to perform a finisher. 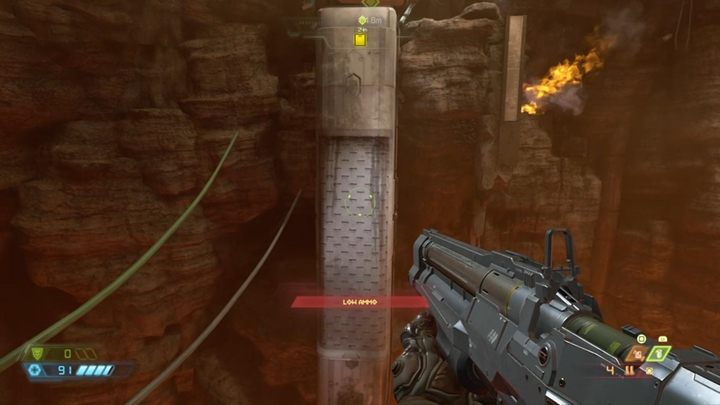 After the battle, climb to the top of the building and go to the other side. Jump on the wall, grab it, climb up and use the jump to grab the edge and pull up. Enter the tunnel and fight enemies. Along the way, you will encounter a hole in the ground - a new enemy type, Tentacle, will jump out of it. The enemy is weak, but you must kill it quickly because a tentacle strike can surprise you and take away some health. 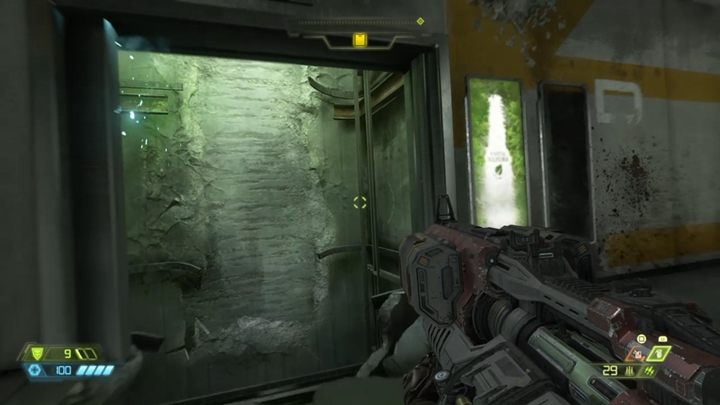 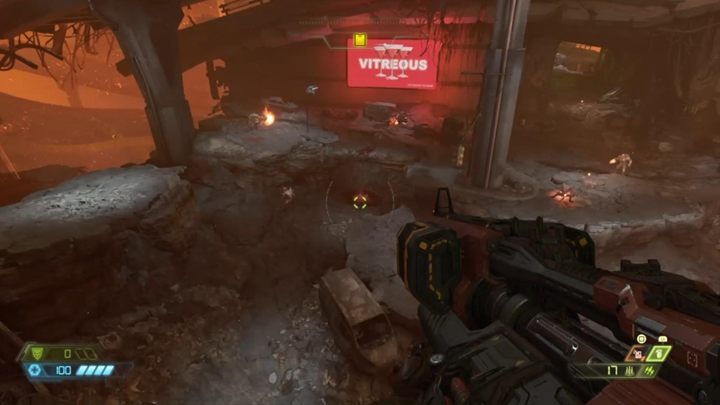 Keep moving forward and you will reach the destroyed station - you will encounter more enemies. After the battle, climb the wall up to the top floor and exterminate more creatures. After the battle, jump out of the window and prepare for another fight. Beware of the traps and go through the ruined streets further. A few steps away you will find a red portal, go through it. 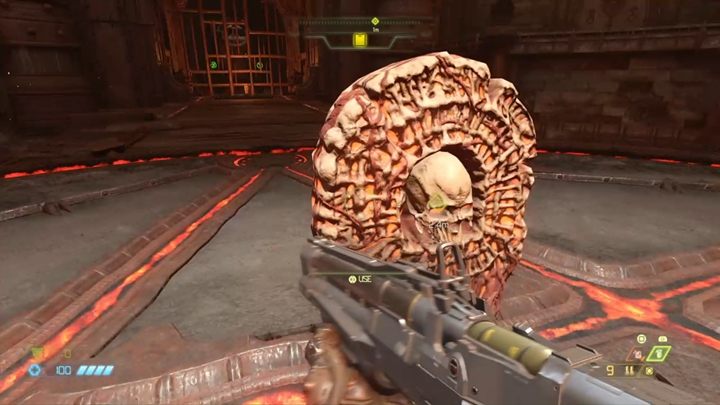 Enter the building and keep walking through the rooms until you reach the elevator. Activate it and you will see a cut-scene.

Return to the ship - Fortress of Doom 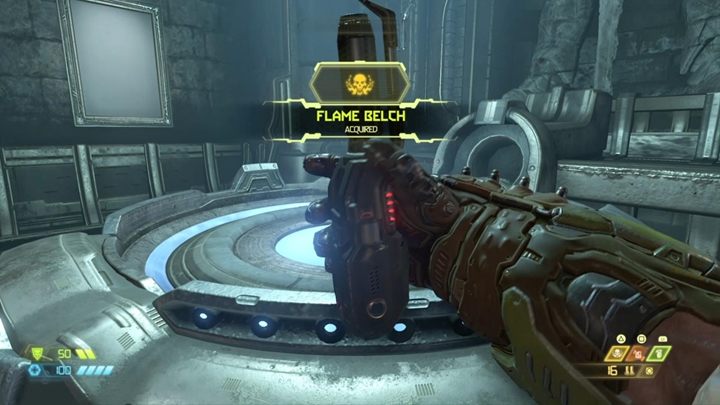 You visit the Fortress of Doom between the missions. You will find here, for example, a few secrets, easter eggs, or collected music discs. You can also unlock some improvements for your hero here - more details in separate chapters. Now go to the rack with the flame belch and take it. The game will teach you how to set enemies on fire and get armor - this is a very important mechanic, especially later in the game.

Now go to the crystal and choose an upgrade for your character. Then select a new destination and start the second mission - Exultia.