On this page of our guide to Doom Eternal we explain how you can defeat the Marauders. They are one of the most problematic standard enemies and you can recognize them by the red shields they're using. Marauders also have different skills, and it can be very problematic to fight with each of them. 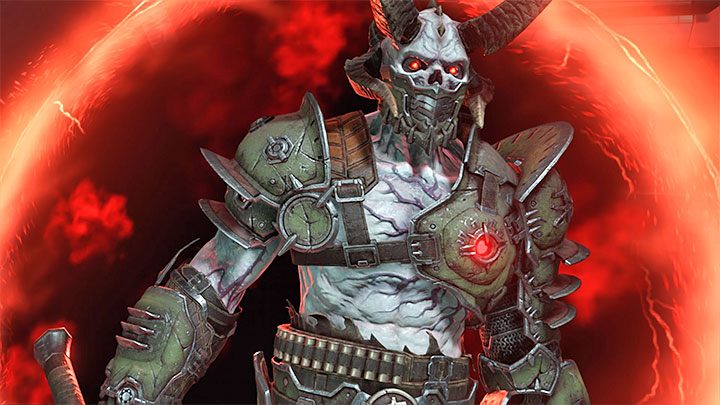 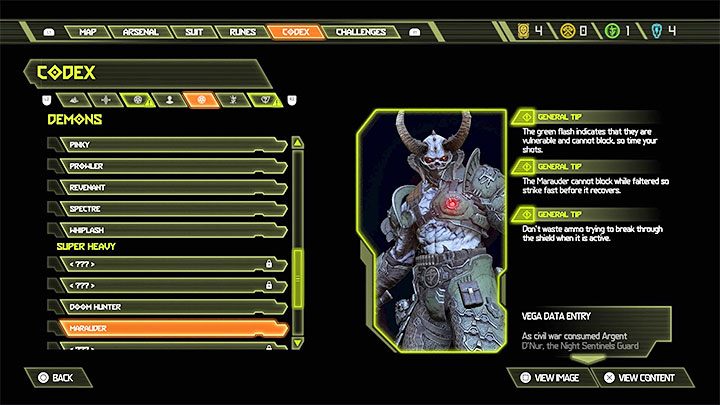 As the Marauders are considered to be ordinary enemies, each of them has its own Bestiary card which provides information about their weaknesses and recommended tactics during combat. 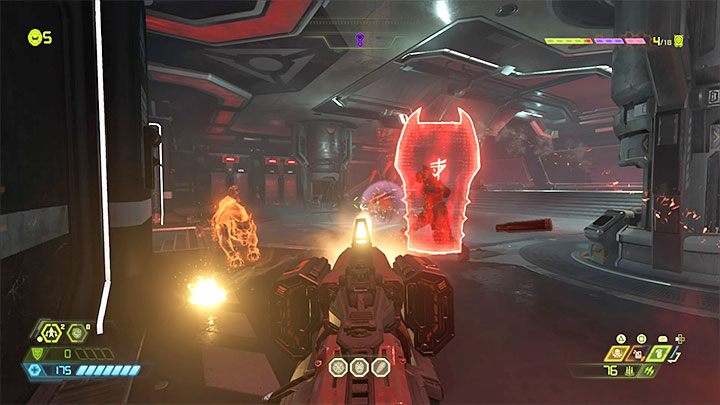 You should fight with a Marauder at medium distances so the enemy won't use his shotgun or send ghosts that often. 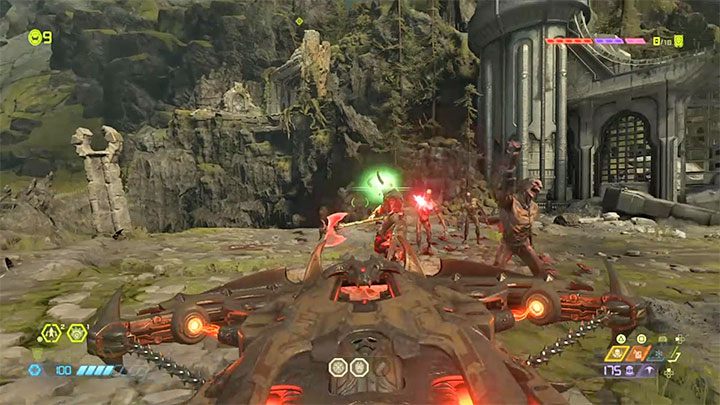 Wait patiently until the eyes of the Marauder light up green - this is a signal that he is preparing for a twisting axe attack. You have to overtake him and attack him immediately. 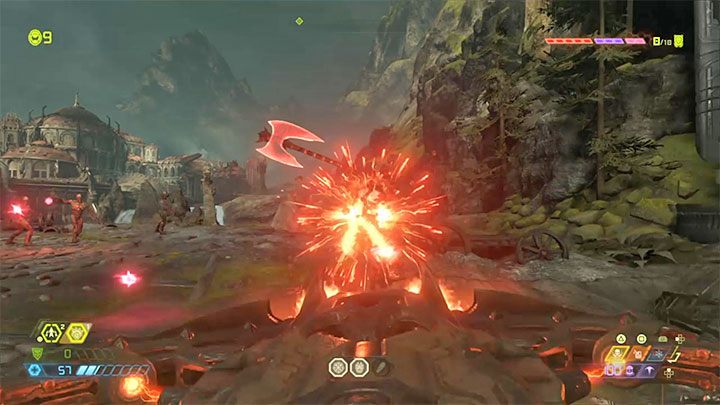 The best weapon to weaken a Marauder is the Ballista. It deals a lot of damage and 3-5 successful hits should be enough to defeat the demon. If you don't have any ammo for your Ballista, then you can also use a Shotgun or Super Shotgun. 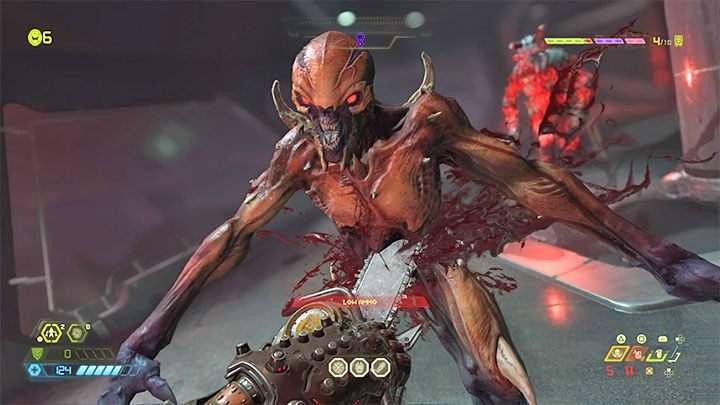 Very weak demons often appear in locations where you can encounter Marauders. Kill them to replenish your health, armor, or ammo.

Even if the Marauders are accompanied by slightly stronger monsters (like Cacodemons), then you should quickly eliminate at least some of them in order to focus on the main enemy. 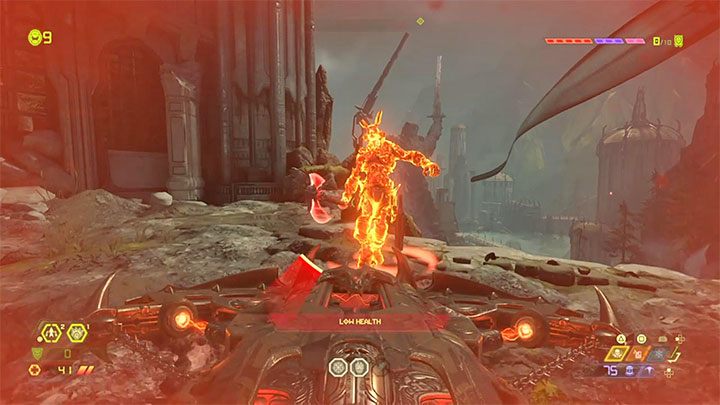 Fight until the Marauder gets stunned and starts flashing. Quickly run up to him and finish him off by using the Glory Kill.