This page of our guide to Doom Eternal explains how you can upgrade your weapons. In addition, we provide information about the range of possible weapon improvements and why it is worth to upgrade and modify your firearms. 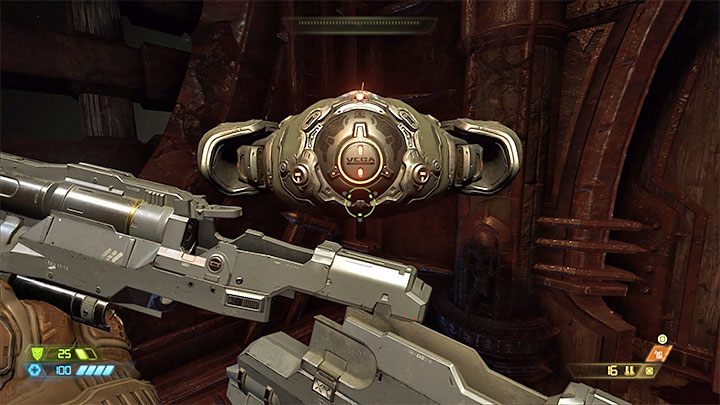 Most weapons in the game allow you to install two mods. The exception to this rule are Super Shotgun, BFG and Ballista.

Each modification can be installed after one of the modbots has been found in the game world. These flying drones are one of the collectibles available in the game and information about their locations can be found in our world atlas in the Secrets section. 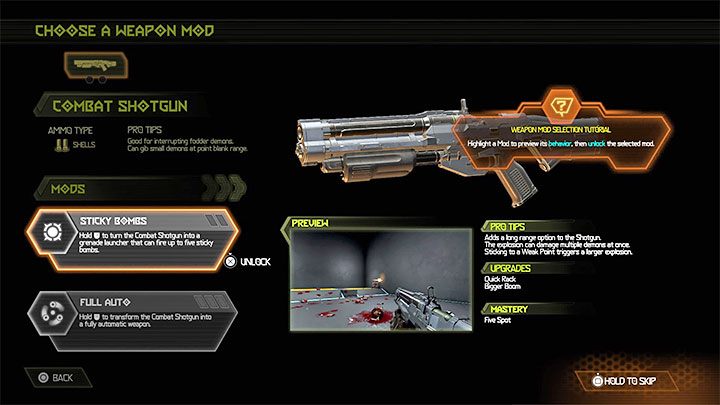 Each modbot is a disposable device, which means that you can choose one modification for one of your current weapons. Of course, you can eventually have both modifications purchased for the same weapon, but this becomes possible as soon as you find two different modbots.

Each modification adds an alternative firing mode that significantly changes the performance of the weapon. For example, a modification may add auto-targeting feature to weapon's projectiles, or allow you to use burst fire mode instead of single shots. Try to carefully read the descriptions of all available modifications to choose the best ones. Our recommendations can be found in other sections of our guide - Which weapons are the best in the game? and List of all weapons. 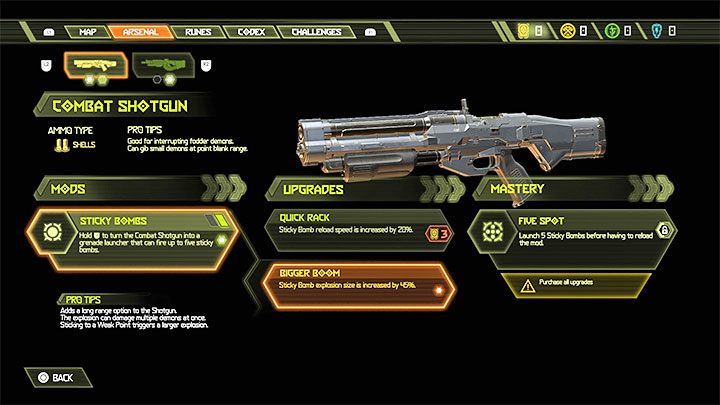 Every modification you have can be upgraded to make it more effective. For example, an improved modification can inflict more damage, reduce the weapon's reloading time, or increase the area of damage. 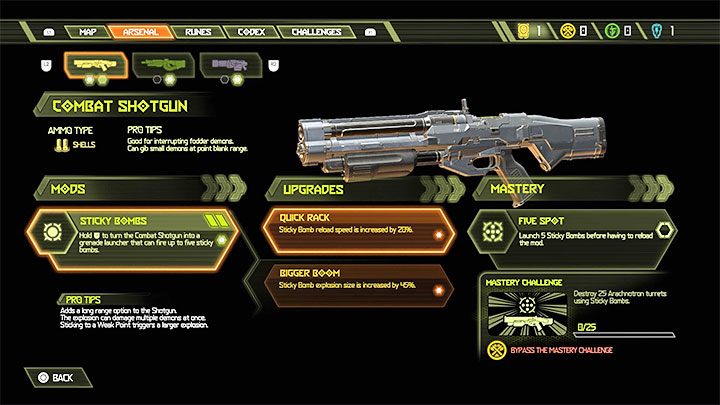 The mastery is the last level of improvement of a given weapon modification. Before you can get the mastery, you have to meet two requirements:

You can unlock the mastery by completing the corresponding challenge.. In the example shown in the picture, the mastery of Five Spot forces you to use Sticky Bombs modifications to destroy a total of 25 vulnerable spots on Arachnotron bodies.

It is worth trying to acquire as many mastery skills as possible, because they significantly increase the effectiveness of every weapon mod. In the aforementioned example, the Five Spot mastery allows you to launch 5 self-adhesive sticky bombs before reloading a weapon. 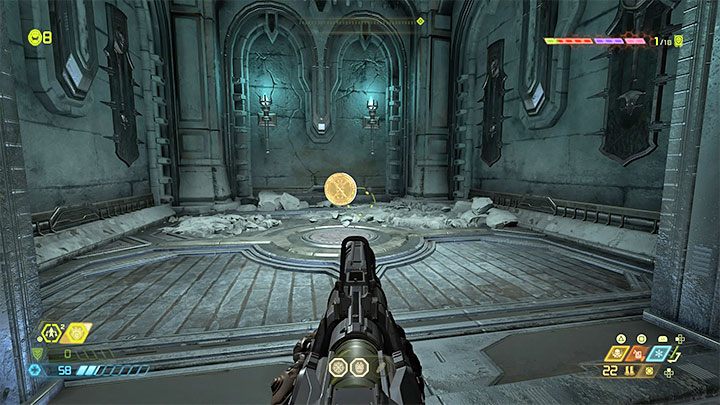 In later missions of the game, you may encounter Mastery Tokens, which are considered as type of collectibles. They allow you to bypass the requirement to complete a challenge in order to gain the mastery of a particular weapon upgrade. 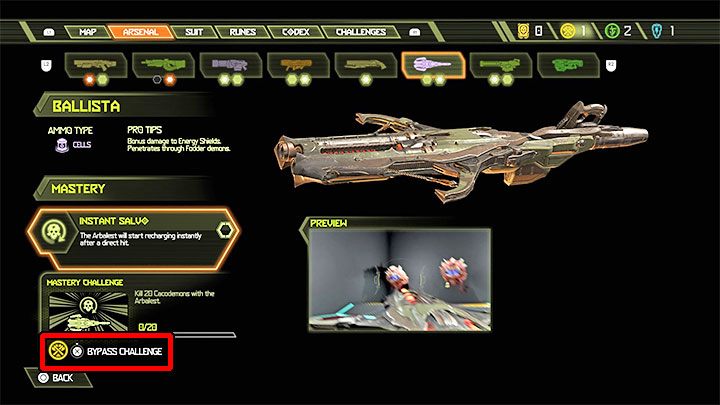 Once you have a token, you can choose a weapon upgrade for which you have already unlocked the mastery challenge. Instead of completing the challenge, you can hold down the button (X on PS4) to immediately unlock the weapon mod mastery. We recommend to save all tokens for later and spend them on the mastery of those weapon upgrades that have the most problematic or tedious challenges.