On this page of our guide to Doom Eternal you will find a detailed description of the Extra Life Mode. This mode is a difficulty level modifier and taking interested in it is recommended if you are planning to earn a platinum trophy in Doom Eternal. We have also included tips on how to survive in Extra Life Mode.

What are the assumptions of Extra Life Mode? 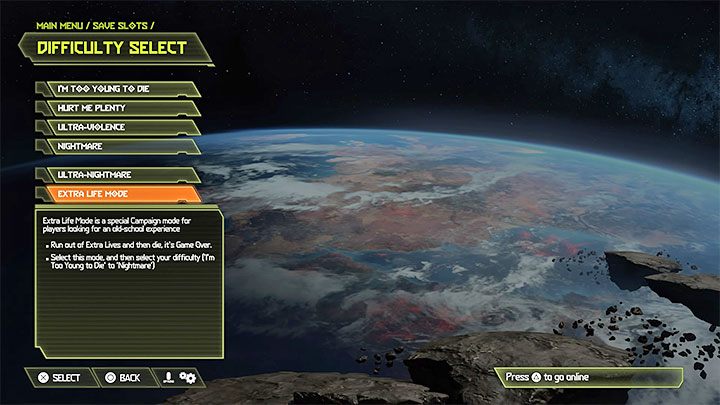 In Extra Life Mode, the gameplay is based on getting lives and adding them to the pool. Every time your hero dies, one life is taken from you. Losing all your lives means the end of the game - in this mode it's called permadeath (a permanent death).

How to survive in Extra Life mode?