During the gameplay in Doom Eternal, you will get access to many types of powerful weapons which can be used to defeat hordes of hellish enemies. The following page of our guide provides an overview of weapons that will be available in new Doom Eternal. 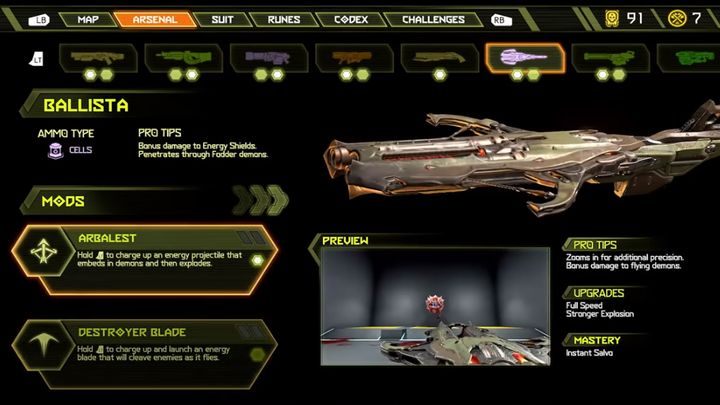 The Combat Shotgun is a weapon that has already appeared in the previous installment of the series. In Doom Eternal the combat shotgun can operate in two modes:

Plasma Rifle is a classic and well-known type of weapon that appeared regularly in the subsequent parts of the franchise. In Doom Eternal, it will be used to break enemy shields. It works in two modes:

Rocket Launcher is a powerful type of weapon that allows you to shoot rocket missiles. The weapon has the following firing modes:

Ballista is a weapon that fires single projectiles. It is effective in eliminating flying enemies. This weapon works in two modes: