One of the game modes available in Doom Eternal is Battlemode. It allows three players to play, two of them as demons and one as Doom Slayer. The following page of this guide describes this variant of gameplay. 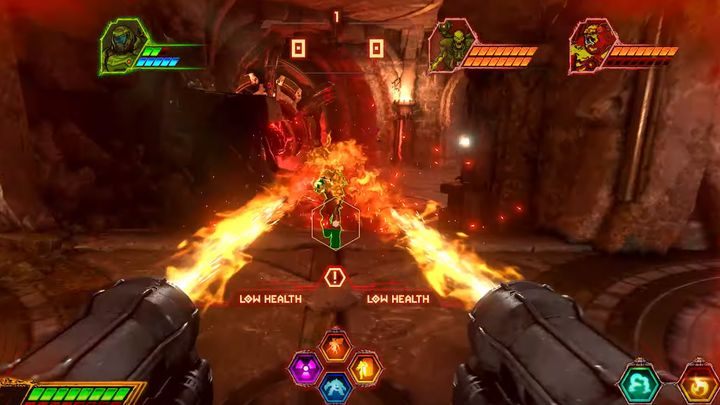 Battlemode offers 2v1 gameplay. One player takes on the role of Doom Slayer, and the other two play as hostile demons. The task of both sides is to eliminate the enemy. When you play as Doom Slayer, then speed is an essential factor. After the eliminating one of his opponents, Doom Slayer must quickly kill the other monster within a certain period of time, otherwise the first demon will be respawned. This is the only way to win the match.

The matches will take place on one of the available maps (according to the developer's announcements there will be 6 different levels available during game's release). The battle will last for 3 rounds and you will be able to improve your character during the breaks between them. Of course, the whole gameplay will maintain the fast-paced action familiar from the previous parts of the franchise. 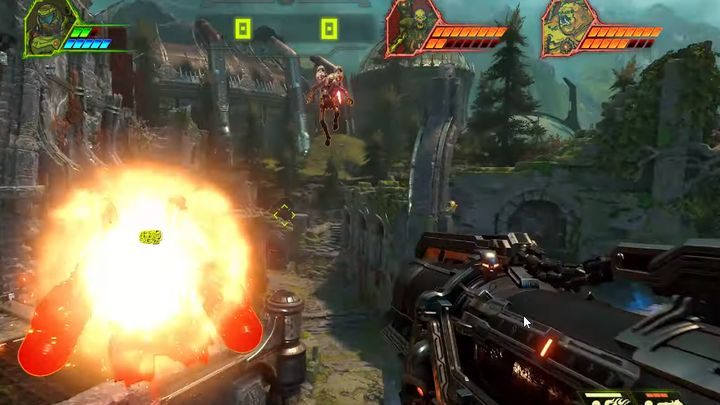 During the matches Doom Slayer will have access to all upgrades and weapons from the very beginning. Demons, on the other hand, can use a number of their own special abilities. The game will offer five kinds of hellish monsters - Revenant (moves with the help of a jet pack), Pain Elemental (has an ability to fly and causes high amount of melee damage), Mancubus (powerful foe, equipped with rocket launchers), Marauder (a fast and dangerous enemy) and Archvile (a demon of the ancient world that ignites all surroundings and summons imps).