The gameplay in Doom Eternal didn't undergo any major changes in relation to the previous installments of the series. However, a few new features and several modification have been implemented. The next page of the guide contains detailed information related to this aspect.

The whole game is based on the same principles as the previous part of the series. Once again, you'll take part in dynamic battles with hordes of evil demons. However, in Doom Eternal you will encounter classic monsters, well-known from the original Doom, and some new types of enemies. Also, you will use a wide range of firearms to defeat your enemies. Among the new available weapons there is, for example, a shoulder cannon which launches explosive missiles. 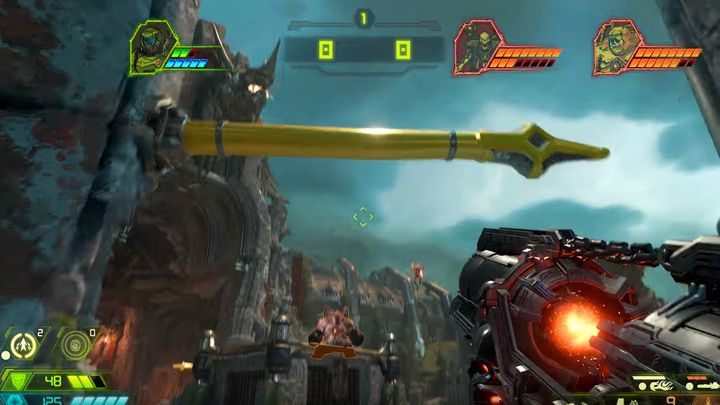 Doom Slayer has also received new skills, which additionally influence the gameplay dynamics. Among them you will find the possibility of double jumping, climbing on some walls or swinging on protruding objects.

Glory Kills, also known as melee finishing moves, will also reappear in the newest installment. Their function remains the same as in the previous part of the series - they restore the health bar or add ammunition/shield.

The greatest novelty available in Doom Eternal is the hideout of the main protagonist. Doom Slayer can rest in a special Hub between missions. Game developers didn't specify what role it will play in the game. All we know is that it will reveal what Doom Slayer likes to do in his spare time.