This is the last fight in the game, so use your equipment, potions, arrows and grenades, as you won't be needing them anymore. As soon as the encounter starts, the dragon will attack Astarte and summon a large amount of monsters. You have two objectives during this encounter - protect Astarte (if she dies, you will lose) and kill the dragon. Remember to use your summons to aid yourself in battle.

Send your warrior (or two of them, if you have a party like that) to the dragon, so that its kept away from the rest of your team. Remember to make sure that your warrior has extremely high elemental resistances, especially the air one, so that he won't be stunned by the boss' attacks. Astarte will support your party during the encounter, mainly by healing and casting Bless, which will allow your characters to hit the boss more frequently. 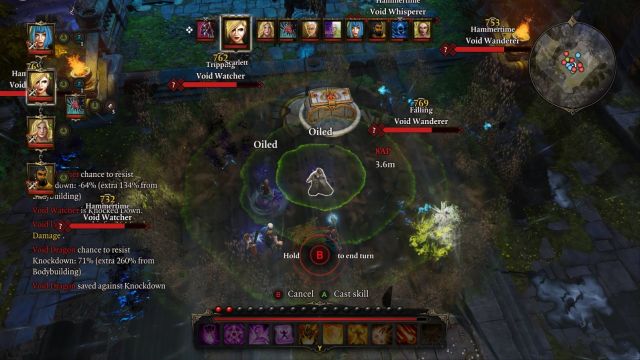 The Earthquake spell is probably the best one for this encounter.

When your warrior(s) keeps the attention of the dragon away from your team, use the rest of your party to eliminate the summoned monsters. It's worth to use earth-based spells and attacks here, as the enemies are highly vulnerable to them (-50% resistance to earth). If you have the Earthquake spell at your disposal, use it now - it will be able to reach from one side of the arena to the other, and will deal huge amounts of damage to the enemies. Additionally, this spell has an extremely high chance (300%!) to knockdown enemies, meaning that majority of them should probably be lying on the ground (or dead). Don't mind the oil surface that you've just created - almost no one uses fire spells here (and you won't need them as well), so you should be relatively safe. 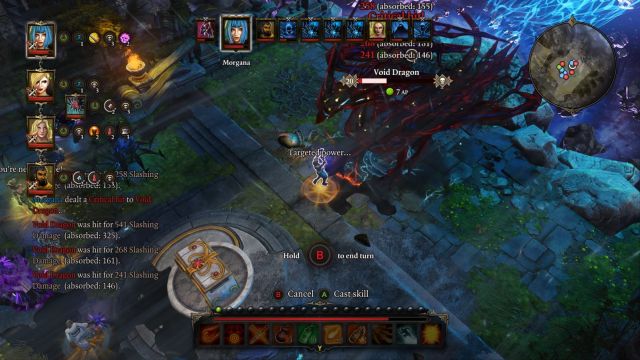 A good attack, when lucky enough, is able to take 1/3 of the boss' health.

Surprisingly enough, the Void Dragon is vulnerable to stuns and knockdowns, which is why you should use those abilities as often as you can, to reduce the effectiveness of the lizard. The enemy will summon more monsters every few rounds, so remember to use Charm Arrows, and the charming effect in general to take control over at least some of them. When the enemy is down, a short cutscene will initiate, after which you will be moved to a new location. 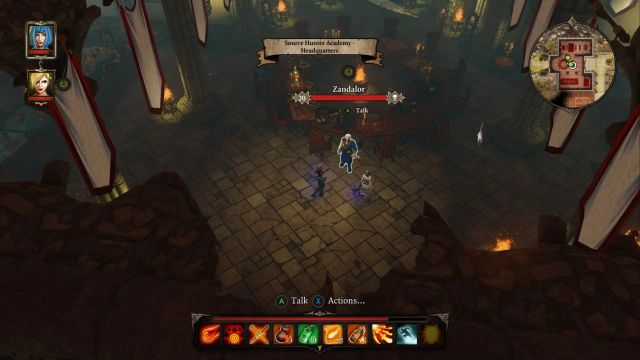 After speaking with Zandalor, go to the exit located to the west to finish the game.

Go straight ahead, and you should reach a building guarded by two soldiers. When the conversation with them ends, get inside the building and speak with Zandalor. If you wish to, you can speak with the remaining characters, and when you are read, go through the passageway located to the west. After a number of steps, your two main characters will start a conversation, and when it ends, the game will be completed.