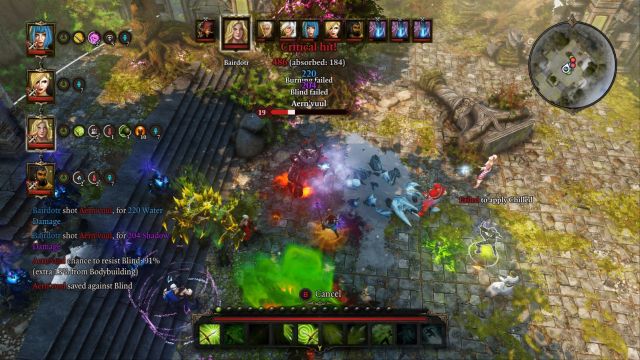 During the encounter you have to kill demons in a specified order.

This encounter is definitely one of the most difficult in the entire game. The Witch will begin by summoning three demons, Vaeg'rym, Aern'vuul and Yarl'oggoth. What is more, those demons will cast an invulnerability spell between themselves - at the beginning, those will be cast on two demons and Leandra herself, making her immune to your attacks.

To be able to inflict any damage on the boss, you have to eliminate the demons one by one, in a specified order, starting from Yarl'oggoth. When the demon is dead, one of the other two will have to use his invulnerability spell on Leandra, meaning that he will now be vulnerable to your attacks. Now you must get rid of Aern'vuul, and then the last one, Vaeg'rym. When you accomplish this, the Witch will be vulnerable again. 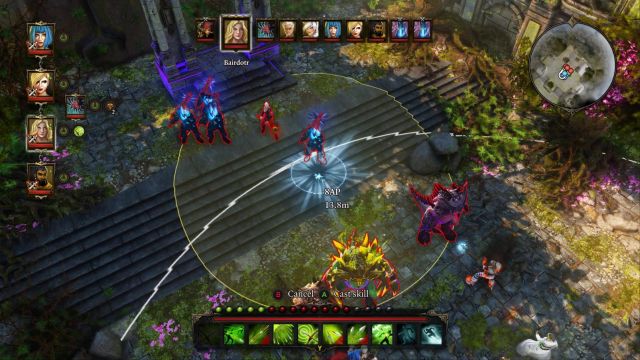 You can get rid of Death Knights with a single, powerful AoE spell or attack.

As you've probably guessed, it won't be that easy. Leandra, aside from demons, will also summon a group of Death Knights (which are, fortunately, without their typical invulnerability). It's worth to get rid of them as quickly as possible, when they are still grouped - a single, powerful AoE spell (like Meteor Shower, or Hail Storm) is more than enough to get rid of them. The Witch needs two more rounds to be able to summon them again.

Don't forget about your own defense - most of the enemies will try to get to your back line, so it's generally a good idea to summon a couple of monsters / elementals to keep the enemy attention off your mages / ranger. 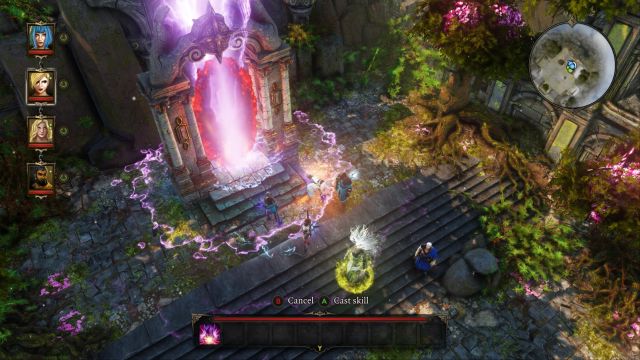 Use the spell acquired from Icara, to activate the portal.

When the encounter ends, Icara will alter her appearance, as well as give you an item - Death Knight Control Wand. Use it to learn a spell, that will allow you to dispel the barrier on the portal. Use it to go to the other side and continue your journey along the only pathway, until you reach a group of Death Knights. Use the recently acquired spell to get rid of enemies with a single strike. 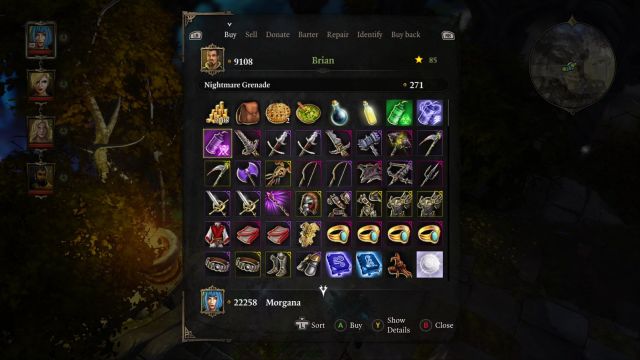 Your last merchant in the game - use this opportunity.

When everyone is dead, collect the items they dropped and continue. You should soon stumble upon a merchant, Brian. Use the opportunity, as you won't have the chance to trade after this point. When you're done, go to the lower floor, where, after activating the God Box altar, you will encounter the last boss in the game, the Void Dragon.