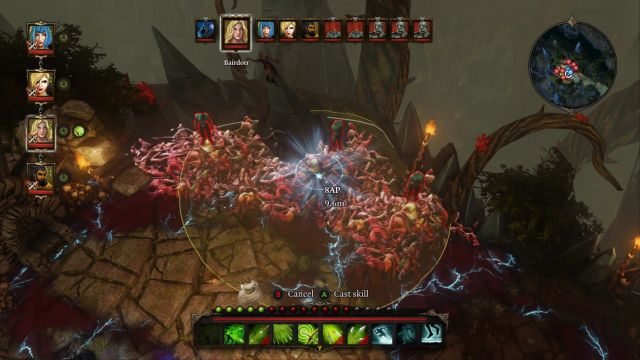 Area of effect spells and abilities will easily hit numerous zombies at once.

The encounter with Cassandra is divided into a number of stages, during which the boss will perform different, fixed actions. It looks like this:

As you can see, the encounter is mainly about dealing with absurd amounts of different types of zombies, which, fortunately for you, are extremely slow. Additionally, the three zombies located on the right side of the arena are close enough to each other that you can use one of your master-level spells, as well as a number of ranger abilities to quickly take them out in one go. 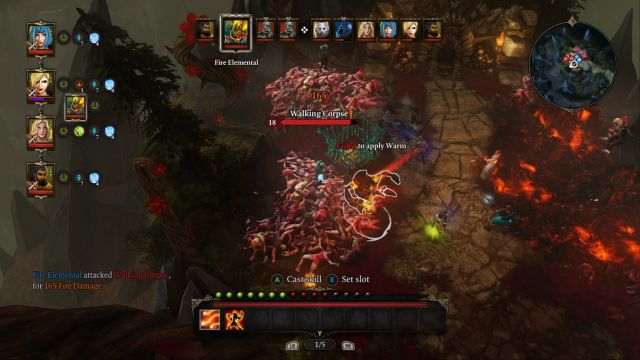 Use your own summons to divert attention of the zombies off your party.

You should focus all your attention on the boss, so it's a good idea to start off by summoning a number of your own creatures near the places where zombies appear, so that they can focus the undead attacks on them. As soon as you've taken care of the zombie problem, start attacking Cassandra. Take care when attacking her In melee range, as each attack has a high chance of inflicting the Cursed status upon your warrior, which will decrease all the attributes by 2. Additionally, remember that when Cassandra dies, all her summons will vanish with her, meaning that focusing them is not worth it.