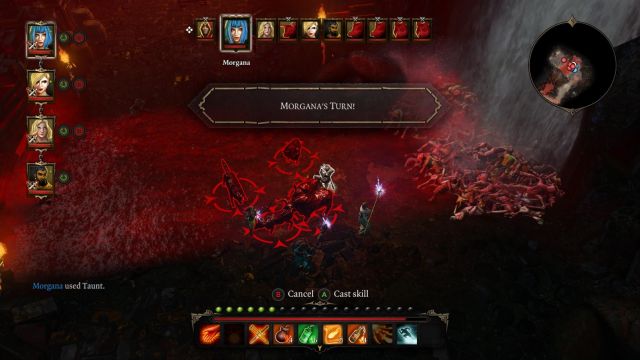 Jareth is one of the optional bosses in the game, but this encounter is one of the most difficult in the game. In contrast to other boss fights, there are no enemies here which can be ignored while you deal with the others. The boss himself is able to cast powerful spells, such as Earthquake and Deadly Spores, which means that you have to refrain from packing your group tightly at all costs, as those spells are easily able to take out half of your characters' health bars.

The blood monsters that the enemy summons are equally dangerous. They won't be casting powerful spells like their creator, but they can cause bleeding, and their physical attacks deal huge amounts of damage - 2-3 of those attacks against a non-tank character (mage, ranger) will kill that character. To make matters worse, the monsters are quite resistant to attacks, given their large health pools - you won't be able to get rid of them quickly, in one go, even with the help of master-level spells. 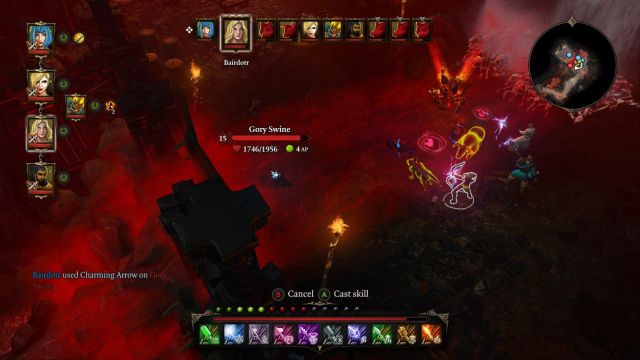 Use the charm to pull one or two enemies on your side.

A proper approach will make this encounter a lot easier. As soon as the battle starts, use all your arrows and spells that are able to cause charm effects on the summoned monsters - they are quite vulnerable to that effect, which should allow you to pull 2, or even 3 of them on your side. Afterwards, move all your characters away from monsters and let them attack each other, and focus all your attacks on the boss.

It's worth to knock down, or stun Jareth - the first effect is extremely effective against the boss, as he's vulnerable to it. When he is lying on the ground, use all your attacks to get rid of him as quickly as possible - the boss is a powerful mage, but he lacks durability. When Jareth is dead, focus your attacks on the remaining monsters - kill those which aren't charmed and then finish the remaining ones to end the battle.