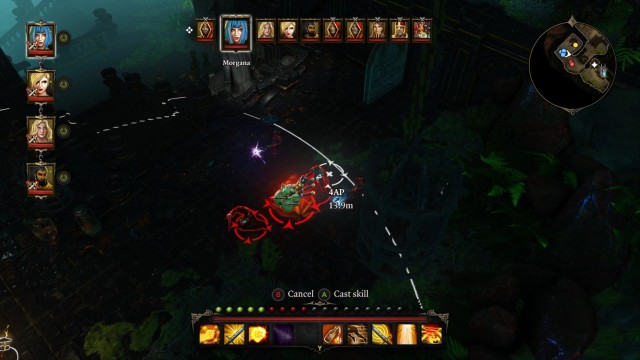 One of the easiest fights in the entire game.

This boss fight is quite weird, as even though you will be fighting a large group of enemies (5, including the boss), it's one of the easiest encounters in the entire game. The main reason for that is the fact that at the moment the fight happens the player has access to powerful spells and abilities, while the resistances, as well as hit points of the enemies aren't high enough to withstand the damage you are able to dish out.

There's also another reason - the enemies will be clumped in a tight group, standing practically "one atop of another", and their low initiative value won't allow them to move before your whole party. As you've probably guessed, before they are able to do anything, most of them (if not all) will be already dead. 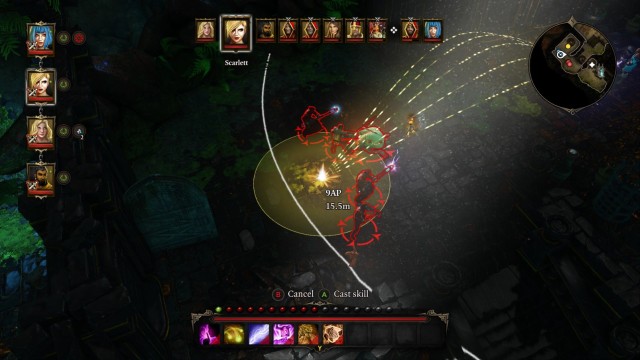 Master-level spells - Deadly Spores on the screenshot - will empty the health bars of the enemies.

If one of your mages has access to a spell of a master level (Storm, Meteor Shower, Hail Attack, Deadly Spores), use it on the enemies - one of those powerful spells should be sufficient to take out at least 3/4 of health of all of the enemies, regardless of the difficulty level. Afterwards, you just have to finish them off - either by using normal spells, or another master-level one, if you have access to it. The battle should soon be over.