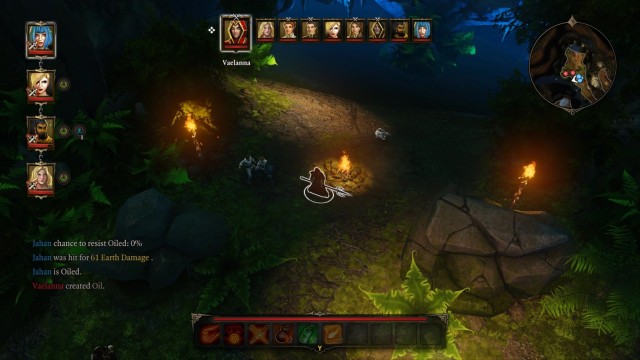 Vaelanna is quite a specific boss, and the encounter with the woman differs slightly from the rest. The main difference is the fact, that the longer the fight lasts, the harder for you it will get. That is because the boss, after two full rounds have passed, will summon a pair of Earth Elementals (on the Tactician Mode the amount will increase), which are extremely hard to defeat (given their high resistances) and have access to some nasty spells. 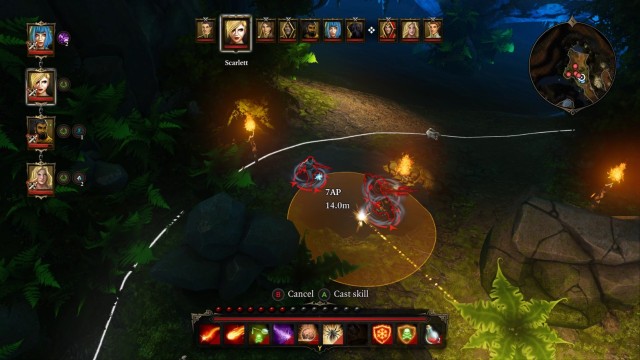 You must defeat the boss as quickly as possible.

Aside from that, Vaelanna is accompanied by a number of allies, which, fortunately for you, are nothing special - typical cannon fodder. Her dog, Artherius, can be quite annoying, but after defeating the boss it will lose the agro on your party and leave the battle, becoming neutral towards the player. That is one of the reasons (aside from the elemental summoning, of course) why you should, in contrast to other boss encounters, focus all your attention on the main enemy and defeat Vaelanna as quickly as possible.

The encounter is mostly the same, with two significant differences. The first one is the amount of earth elementals that Vaelanna summons - this varies from 3 to 4 (instead of the normal 2), which makes the whole encounter a lot longer and more difficult. The second one is the fact that the archer accompanying the woman (Immaculate Ranger) will throw Frost Grenade all the time, which, coupled with the presence of earth elementals and a high chance to freeze your party may be fatal.

Just like in the "normal" difficulty, you have to take out the main enemy (Vaelanna) as quickly as possible and refrain from keeping your party in a tight group, so that they won't be affected from a single frost grenade.