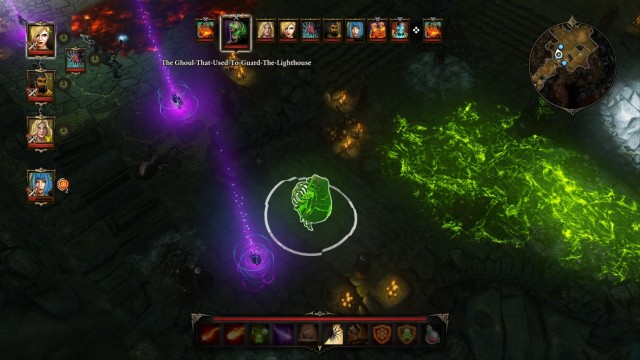 Send your summoned unit to keep the attention of the miniboss off the party.

The encounter with Braccus Rex is one of the most difficult, if not the most difficult in the game, which you will learn very quickly, as soon as the fight starts, if you are not careful enough, as the boss casts the Meteor Shower as soon as one of your characters enters his vision - at this point in the game your characters will most likely die due to lack of resistances and hp.

The solution to the problem is quite simple - you have to divide the party into two groups (one with a single, resistant character, such as a warrior, and the rest of the members in the second), and then send the unfortunate one ahead, so that he provokes the boss and takes the meteor shower on himself. Before you send your character, it's worth to cast the Avatar of Fire spell on him, making him invulnerable to burning effect and have his fire resistance slightly increased. If you have the Fire Absorption Shield spell and / or scroll, use it instead - this way your character won't be damaged at all. 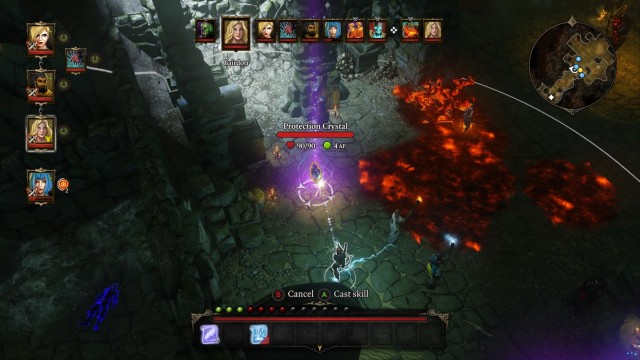 In the Tactician Mode, you will have to destroy special crystals, in order to damage the boss.

As soon as the boss casts the Meteor Shower, join in with the rest of your party and cast a summoning spell (the Spider one is the best here, because of the immunity to poison), placing it a little to the light and down of your party (there are stairs there). That is done in order to divert the attention of a miniboss, The Ghoul-That-Used-To-Guard-The-Lighthouse - otherwise the enemy will spam poison-based attacks on your party. As soon as a summoned creature is in the miniboss' sight, it will focus its attention on it.

Aside from that, Braccus Rex will be accompanied by two another minibosses - Baron of Bones, and Twins-By-Fire-Joined. The first one is a powerful skeletal warrior, while the second is a fire demon. You should try disable them from the fight, so that you can eliminate them one by one - the Baron is vulnerable to knockdown, which can be easily applied with a ranger, and the fire demon is vulnerable to water-based attacks and spells from that school will easily freeze it. When those two are taken care of, send your warrior to intercept Braccus Rex. 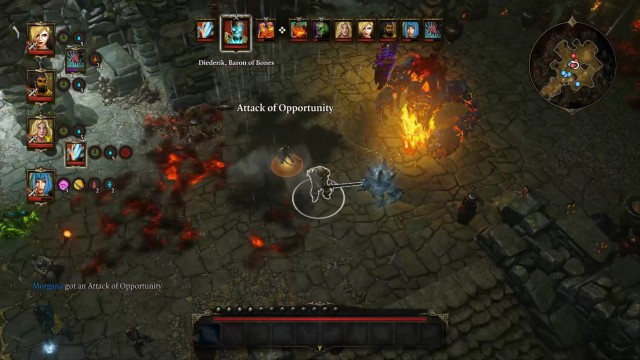 Start off by eliminating the fire demon, Twins-By-Fire-Joined - a couple of more powerful spells and the enemy will bite the dust. When you are done with it, concentrate your attacks on the Baron - he's a lot more durable, but at the same time extremely vulnerable to knockdown effect, making the encounter with him easier than with the fiery demon. When those two are taken care of, you can focus your attacks on the boss, or on the poisonous enemy (if it's in the range). When all enemies are down, the encounter will end.

The Tactician Mode makes this whole encounter a lot more difficult, and you will have to destroy some additional targets. As soon as the battle starts, the enemy boss will summon three Protection Crystals, which make the boss invulnerable as long as they are standing. To be able to inflict any damage on Braccus Rex, you will have to destroy all three of them. Here's the catch - the boss will summon them again, after 2 rounds (countdown starts as soon as you destroy the previous crystals). It means that the whole encounter will last a lot longer.