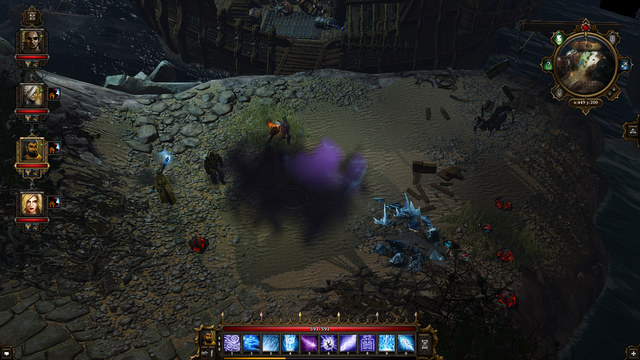 Developers have introduced an interesting system of interdependence between elements. Thanks to this, if you know the mechanics of the game, you can easily raise the effectiveness of your attacks. Apart from the four basic elements, also derivatives, such as acid, electric discharges or oil have been introduced. The dependencies are not one-staged ones, e.g. water puts out fire. If you have the appropriate spells and scrolls, or abilities, you can create more complex mixtures e.g. flood the enemy with acid, cause it to explode by setting it on fire, then put out the fire, which creates vapor, which you can then turn into an electrostatic cloud. That is why, it is recommended that you have, at least, two mages on your party, who are versed in the elements that complement each other. 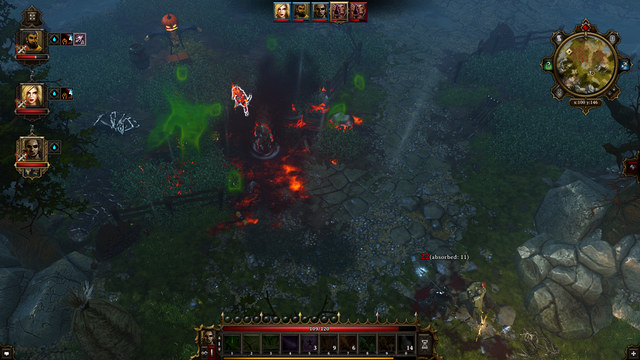 The below table presents the main interdependencies in the game, which you can easily exploit, while planning on your tactics. They are worth remembering and using with each opportunity.

Of course, as you can figure out, the majority of these can be used to alleviate a given effect (by using fire, you turn ice back into the water or, by using water on the burning enemy, you put them out). Also, it is worth remembering that there are exceptions, e.g. Acid or Oil do not conduct electricity. Also, there may occur a problem with using some of the spells, directly on the elements - you need to find out if the spell allows for that, or whether you can only use it against enemies and objects, or even enemies only.

Important! Using an element of a kind, on an opponent of the same kind heals that opponent (e.g. using fire on a fire elemental, or poison on zombie).