Type of a secret: Skillbook
Comment: In the Knight's Tomb on your right side after reaching the stairs you'll find some treasures and a Skillbook.

Typ sekretu: Skillbook and Bloodstone
Comment: In a tomb you'll find a Skillbook and some crafting ingredients on extension of a hallway after bridge, also Bloodstone behind Cassandra's grave.

Chest 4/4  Last chest requested to open "Last Chest" in The End of Time.

1  Type of a secret: Chest
Comment: Chest guarded by ghosts.

3  Entrace do cellar with valuable items in sight after pulling torch on fireplace.

4  Barrels of mage Bellegard - choose one. If you wanna trick him you'll recive nothing.

5  Type of a secret: Buried chest
Comment: Chest burried in the garden.

6  Type of a secret: Chest
Comment: To get to the chest localize hidden hatch in a bushes.

7  Type of a secret: Bloodstone
Comment: At the end of the road you'll find a broken mirror and Bloodstone is buried on left side behind the bench. 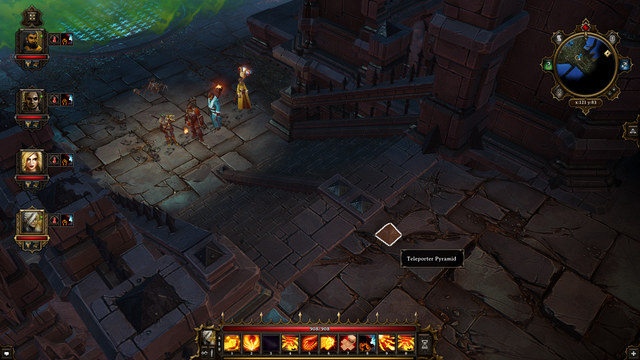 1 - it may be quite problematic to reach the secret skillbook. Once you walk onto the flooring, you will notice the changing "warm" and "cold" effects. Approach the stairs, as close as possible to make the effect change to "cold" and throw the orange teleportation triangle onto the top of the stairs, as a character with high strength factor. On top, there is no threat of lightning anymore - it is enough that you now use the blue triangle, so the entire party can reach the collectible. 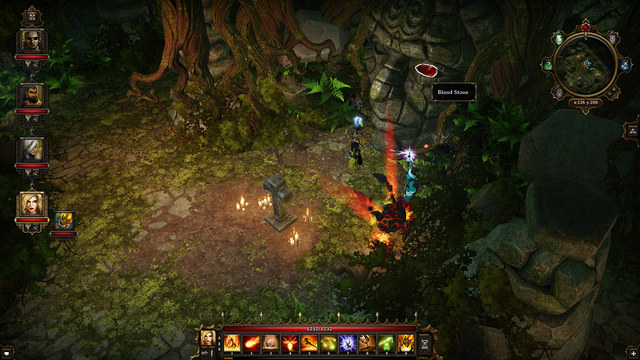 A Bloodstone behind the tombstone

2 - inside the grave, after you pass by the wooden drawbridge, on the fork, do not take the right turn and go straight ahead, instead. Behind the pillars, you will notice a secret skillbook and lots of natural resources for crafting. After you return to the fork, go towards the turn, but do not take it yet, and go through the opposite wall. There, you will find a grave and, in the right eye of the skull behind it, a bloodstone.

8 - here, you meet wizard Bellegard - he will tell you to pick one of the three barrels. Each one of them contains a valuable - up until you collect, you can see the contents of the remaining two barrels. An attempt to collect quickly and destroy the barrels results in the disappearance of all of them, which leaves you with nothing. 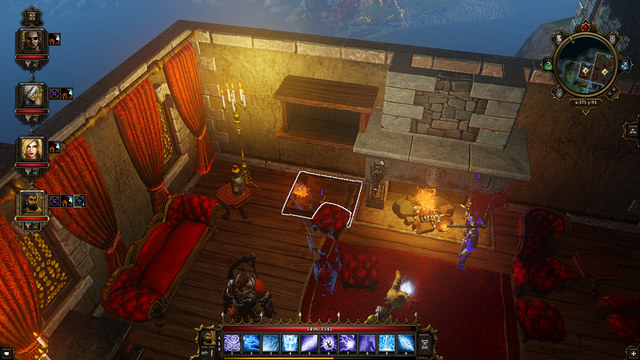 3 - while in the tavern cellars, you must have noticed the other room with valuables in it. to access it, go to Grutilda's room and pull the torch on the fireplace. Then, there will appear a hidden passage into that part of the cellars. Also, you can teleport from the first, to the second part of the cellars, by using the small window between them and an appropriate spell. 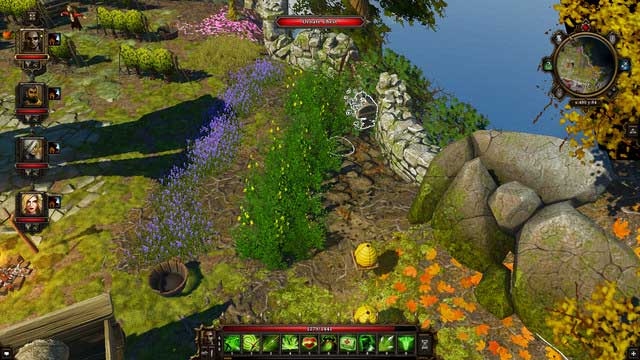 Chest 4/4 - in the wizard's garden among the bushes, there is the last, fourth chest that you need to find to be allowed to open the Last Chest in The End of Time. If you have opened all of them, you will be able to open the last one, which will make questions, concerning the chests, appear in the dialogue. The answers to these questions are encrypted on the old parchments that you find inside the chests. If the last chest does not ask questions, this will mean that you must have missed one of the four sisters.