Jahrl of Hunter's Edge told you about the mysterious disappearance of one of his men. You need to exit the building and follow the bloody marks, up to the entrance to the "King Tomb", which is being guarded by an orc band. You can convince them to let you through but, if you fail, they will attack.

To open the gate to the tomb, you need to pull three levers. One of them is next to the gate, the other one is on the right, below, between the statues. The third one is behind the illusion of a tree, on the left - also between the statues of women. 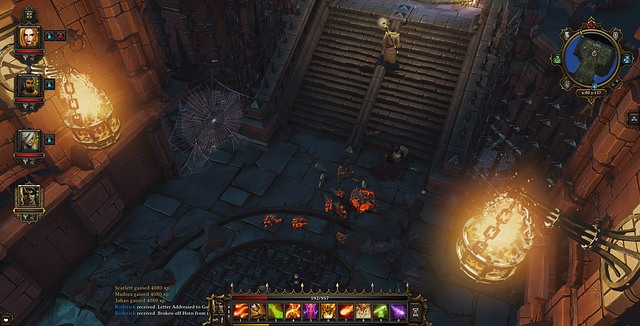 You will find the missing man at these stairs

After you enter, you will be greeted by the guard. If you do not know his language, he will disappear and leave statues with swords after him. They are resistant to fire and have high health level. The worst news is that their attacks are very strong and it is best for elementals to take damage from them. If you know the titan language, you can try and convince the guard to let you through. To talk to him, you need to have the "Titan Dictionary" on you , which can be collected at the mage's house, in "The Hunt in Hunter's Edge"

Above, there is a surface that can shock you with electricity and kill you. You need to stand only where your character receives the "Warm" effect. If it receives the "Chilled" effect, the next step in a wrong direction will be fatal. It is best to let a character, with the teleportation pyramid, do that. Still, there is a way to avoid this "warm-chilled" play.

The first one is to have a high perception level. Thanks to this, there will appear footsteps that you need to follow. If there is nobody like that, in your party, you only need a level 19 fire elemental. If you summon him, he will detect the footsteps also.

You need to get to the middle door, which is behind the four statues of knights. You will get there over the footprints, and behind the door, you will find the body of a dead cultist. Collect the note and the horn, and return to the city. 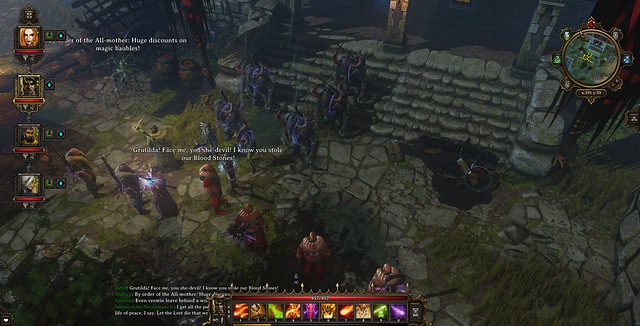 The fight between the humans and the orcs was unavoidable

After you show the horn to the Jahrl, he will gather his men and dart to the tavern. After the conversation with the mother of orcs, the battle between men and orcs will start. The mercenaries will be running all around the city, until all the orcs fall to the ground. After that, one of your characters will say that this was the last one. Talk to one of the mercenaries and the quest will be completed.