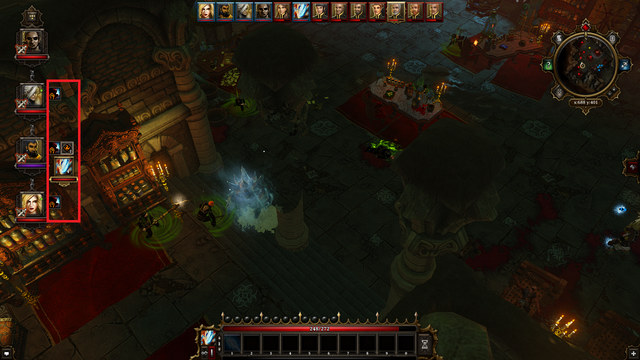 Using spells, food, potions and some abilities may cause setting certain effects - these are called buffs, in the gaming jargon. Also, debuffs are frequent. These are additional bonuses that last during combat, and outside of it, like e.g. raising of statistics or poisoning, which lowers the amount of health points, temporarily.

In the case of food and potions, the success of setting an effect always equals to 100%. This is not true for spells and abilities. Each ability, if it is capable of setting an effect, comes with the percentage possibility of setting that effect. You need to lower that amount by the partial, or full, resistance of the target to that effect (e.g. you cannot poison skeletons) or the dependency of the other, current, effects (e.g. an attempt to freeze a burning opponent). The majority of the effects that are worth remembering have been provided below. Apart from them, there also are the effects set by potions and food, which set their own effects, depending on the item type.

These are not all of the effects that occur in the game, but rather the ones whose value is constant and which occur the most frequently. For example, healing, in itself, is also an effect, but it depends on the spell/potion used.