Quest: A Long Fuse - activation will make an explosion in next door prison.

Quest: Miner Control - begins after entering into mine. In this point you can find a totem, which you have to destroy.

Katherine - If you can convice her, that you're Immaculate, she will sell you some good armour and weapons.

Portal  Witch this portal you will escape from temple.

Portal II  Portal into surface. After using this portal Luculla Mines won't be available no more.

Tenebrium  You'll find here a few Tenebrium ores which Brandon in Silverglen is looking for. 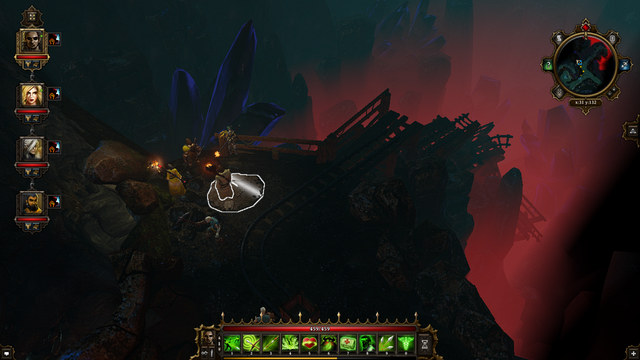 The hidden treasure- At the turn, the character with a high level of perception notices a chest buried in the ground.

Katherine - (1) she offers very good gear but, to be allowed to barter with her, you need to convince her that you also belong to the covenant. Still, if you leave them alive, you will be attacked, once you try to use the detonator "A Long Fuse" (1) - for using it, even if there is nobody in the prison, you will be rewarded with lots of experience. If you do not want to fight, and you still want to use the object, use an invisibility spell/potion. 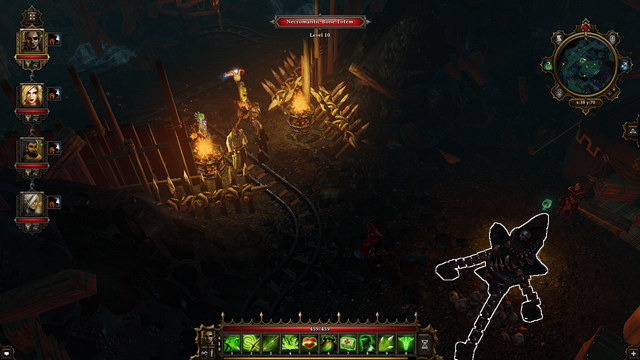 Miner Control - (2) after you enter the mines, you will receive a quest to free the skeletons that work inside. In order to do that, you need to destroy the totem of the Immaculates. Of course, at the first attempt to destroy it, you will be attacked but, the fight should not be too much of a challenge. After you destroy the object, go to the North, a bit, where you will notice the skeletons, clustered together, who want to thank you. The problem, for some, may be the fact that to reach the totem, along the corridor, you first need to destroy the rubble in the tunnel. 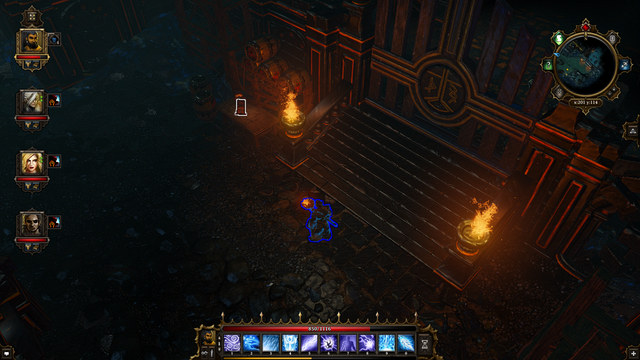 The gate to the temple

The gate to the old temple - you will open it with a password that you learn from the undead that you freed, in the Miner Control quest. To reach the gate, head Eastwards - you need to avoid the Death Knights, because they remain indestructible, at this stage of the game and the only option is to reach the gate, while remaining undetected. Do that by using invisibility spells/potions. Walk over there, as one of the characters, who has the teleportation triangle and join in, as the rest of the party, using the other one, as soon as you get there.

Tenebrium - the scattered Tenebrium can be collected - you may need it for crafting or to sell. Still, you need to watch out - carrying it around, without the Tenebrium skill causes the "Rot" status, which drains 1HP per second. You can heal it by using the Bloodstone in the party. A Tenebrium fragment is also wanted by Brandon on the square of Silverglen, who rewards your entire party with the Tenebrium skill, after you bring it to him.