In Divinity: Original Sin, the gold pays a crucial role. If you don't want to be losing gold to bad deals with the merchants, the first thing for you to do is to invest a couple of points into the Bartering skill, which will have a positive impact on the increase of your sales revenue, as well as lower the prices of merchant's products. Additionally, remember to sell items after you've identified them. If you lack the skill (or it's too low) used in the item identification (Loremaster), most of the vendors can offer you the service of identification for a small price, increasing their bid on the item by a great deal. 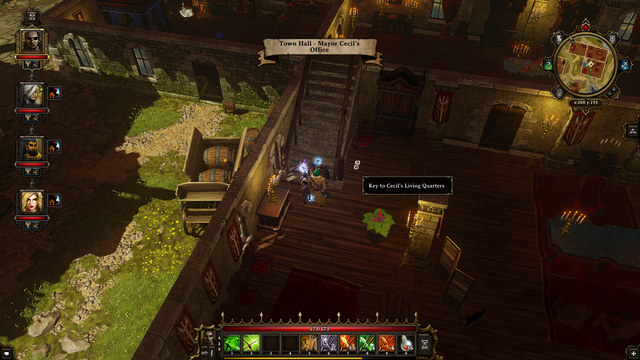 Cecil's apartment and the key hidden under the pot.

Robbery - without a doubt, the best method of earning gold. It's quick, often of almost no risk and it guarantees you huge profits. The game allows you to enter each and every house, search every chest and pick up almost every item. Additionally, you can find hidden / closed rooms in the houses of residents, where you will find a chest. Remember - the key to the room is always inside of the house. It will either be in the possession of the owner of the house, and, if not, in some of the adjoining rooms. Use the button responsible to highlight surrounding items, because the key is often hidden under furniture or recesses. If you still can't find the key, try searching under various objects - under a bucket, or a pot. The most valuable items, besides the contents of chests, which can be found inside of houses, are paintings, golden cups and tableware (plates and cutlery). It's recommended to buy the spell of invisibility (from the school of air magic), so you can avoid spending money on scrolls and potions.

Collecting - contrary to your first thought, collecting everything you can find and selling it for nothing isn't really a very effective way of earning money. Remember, that your characters have a limited amount of weight they can carry, and sometimes it's not worthy to go back to town to just sell some junk. What you should be collecting, are weapons and armors (especially those magical), potions (even the ones you won't even bother using - you can sell them for some good amount of gold), golden elements (especially tableware), gems and, most of all, paintings, which are extremely valuable. If you are willing to craft, you can make more valuable items from those which aren't very profitable to sell. 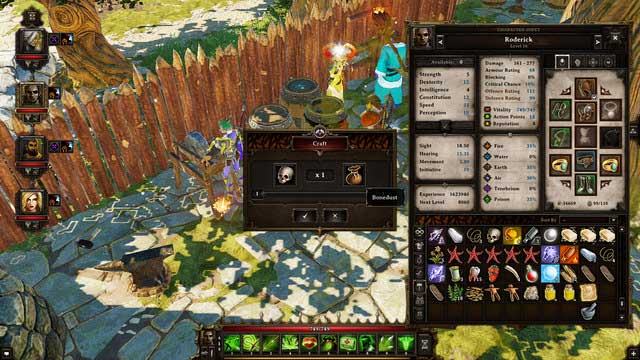 Every item in the game can be processed to something else.

Crafting - it's one of the methods to process ingredients of low value into more valuable (or extremely valuable) products, like magical potions (which can be easily replaced by using magic, like spells for regeneration instead of using healing potions) from mushrooms, or crafting pieces of armor from ores, which are common and free. Remember, that the higher the level of the character and it's crafting skills, the better the end products of crafting will be - and the more valuable they become.

Pickpocket - this skill becomes useful only when you max it. However, it's still hard to find any NPC with a decent amount of gold or any valuable item in their inventory - there's also a limit on how many items you can steal from somebody. Additionally, without developing your sneaking skill, or having an invisibility spell, the whole process of pickpocket is pointless. It's recommended to buy / find a spell of invisibility (in the school of air magic), to not use gold on scrolls and potions. Because of that, pickpocketing isn't really the best way of earning gold, even when there are times when you will find some valuable loot. 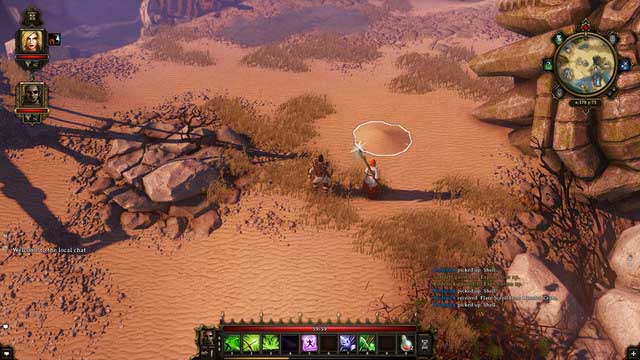 A mound on the ground signaling a hidden treasure.

Secrets - secrets in this game are the legendary chests, with a very valuable loot hidden inside. They are often buried in the ground, or you need to do something specific to put your hands on the treasure. Maps of secrets can be bought from the special NPCs, like Geronimo in Cyseal. After reading the map, the location of the secret will be marked on your map and in your journal (in the secrets tab), sometimes with a little hint on how to get it. All of the secrets were marked on the maps in the next chapters of this guide.