Key points of Quests and points of interests in Hiberheim - Divinity: Original Sin

Prisoners in quest Captives in the Crystals

Prisoners in quest Captives in the Crystals

Quest: The Captives in the Crystals
Arroka: First prisoner in a crystal.

Quest: The Captives in the Crystals
Haizea: Second prisoner in a crystal.

Quest: The Captives in the Crystals
Antzigar: Third prisoner in a crystal.

Almina  Quest: Find the Witch!, The Lady int the Lake 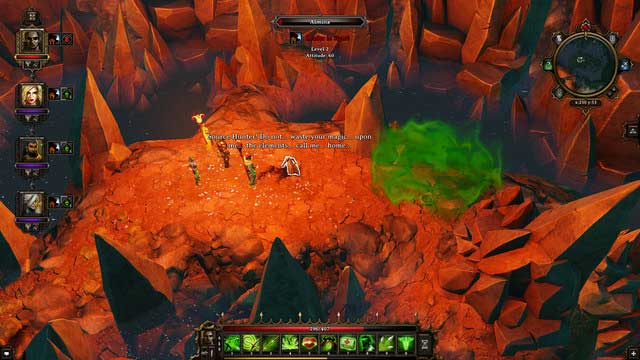 Almina - go here as soon as possible. You need to talk with Almina, to continue on with the Find the Witch! quest. 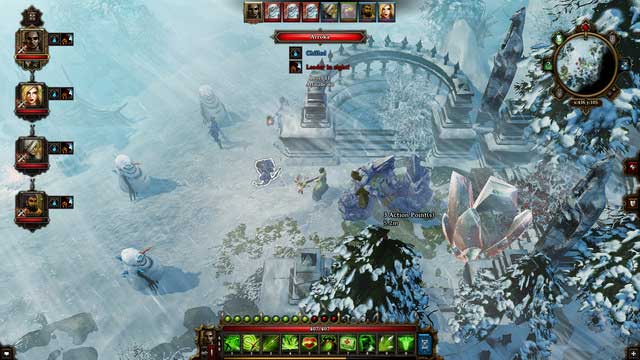 One of the elementals attacked by the snowmen.

Captives in a Crystals - the only quest which begins and ends in Hiberheim. After setting the elemental-slaves free, a group of snowmen, being the guardians of the place, will appear. You can either cooperate with them, or help the elementals. In exchange for you help, they will provide valuable information about the land and the quests. 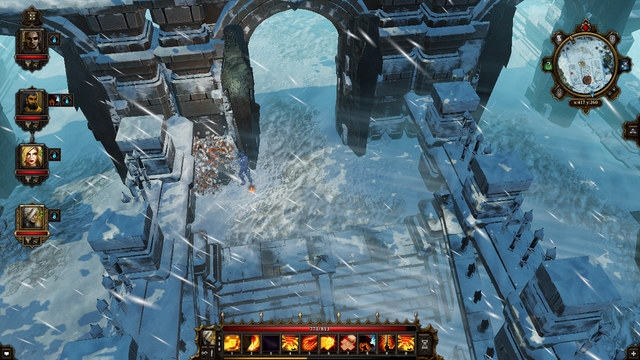 The lever in front of a gate, located to the left, between the bushes.

Second well - if you've started The Wishing Brothers quest in Cyseal, you had a chance to get into Hiberheim for a short while. Now, you can release the second well and choose a wish - get rid of the never-ending blizzard or the flame hail in Hiberheim. To release the second well, you will need a scroll from the King Boreas' Treasury (the entrance to the treasury is unlocked by the statue). Before that, you must defeat the Guardian (a slow, and extremely durable creature). Afterwards, open the door - the lever is hidden between the bushes, on the left.

Conduit location - you must travel here in order to continue with the main quest. You will also find there a document (Orders), unlocking the passageway to the King Boreas.

Stove - you must destroy the King Boreas' staff in this stove, to continue on with the Find the Witch! quest. 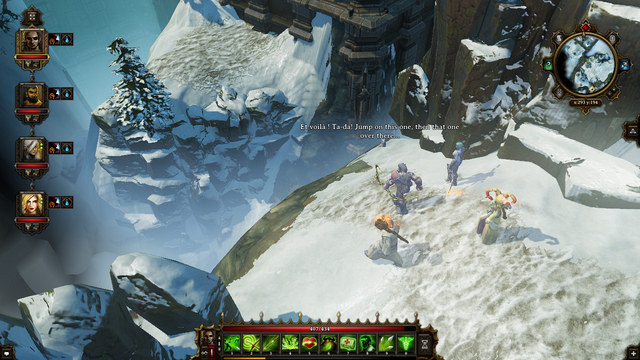 A hare will lead you to the place marked on your map as an optional passageway.

A hare chased by a snowman - if you attack and destroy the snowman, you will be able to talk with the hare called Hopper (provided that one of your characters have a Pet Pal trait). In gratitude, he will show you a secret passageway leading to the castle, through the rocks near the wall. However, you will need a character with an ability which allows him to jump that distance (an archer, for instance). Afterwards, you can open the gate from the inside and enter the castle with your whole team.