For Whom the Troll Tolls 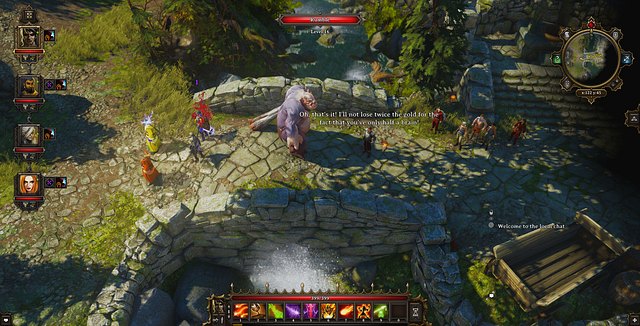 An argument with a troll

After you enter the Dark Forest, you will notice a troll to the South. As soon as you approach, you will have a choice. Either pay the toll for everybody, or fight everybody. If you choose the first option, you will receive a medallion from the commander, which will allow you to enter the city and, if you take the second one, simply collect the medallion from his dead body.

Hortun - the skeleton mage, who is hanging around the entrance to the village, warns you that the cultists have seized the city. To enter, you need to win the paper, scissors rock game, against the guard, or show to him the amulet that you can receive in the "For Whom the Troll Tolls" quest. After you enter the city, the quest ends.

At Hunter's Edge you can meet a skeleton that is considering the replacement of his skull. You can help him choose one, or tell him to go in peace. In this case, he will turn to dust.

Orc Gural tells you that he lost his armory key and asks you to help him find it. 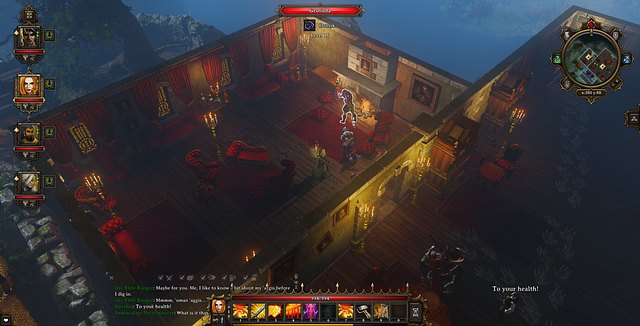 You can take the key back to the orc leader

The key is in Hershel's chest, who is the bartender at the orc tavern. The chest is in the cellar and it bears his name. To get inside, you need to either convince the proprietor to give it back, or destroy the chest with your weapon. You can either take the key back to the orc leader, or to the orc that lost it. If you do the former, she will be happy to get it back and she will go to kill her soldier.

You overheard that one of the orcs is in love with a human male. You can tell it to the orc leader and, thanks to this, you will improve on your relations with her. The quest will be complete.

In the swamps, close to the Phantom Forest, you can find a heap of gold. After you interact with it, it disappears and the wizard known to you appears instead (most probably, only if you have saved him in the "Talking Statues" quest). He adds a new location to your list of teleports, called Bellegar's Maze.

Once you get there, you will see a huge playing board and three levers. On the board, there are three different items: a bone, a fish and cheese. The levers are for turning a piece, in succession, into a dog, a rat and a cat. De relationship is this: the dog eats the bone, the cat eats the fish and the rat eats cheese. As you turn your piece into something else, you need to attain three glowing points, which open the three chambers with treasures. Once you do that, the quest will be over.

The Watch is Coming 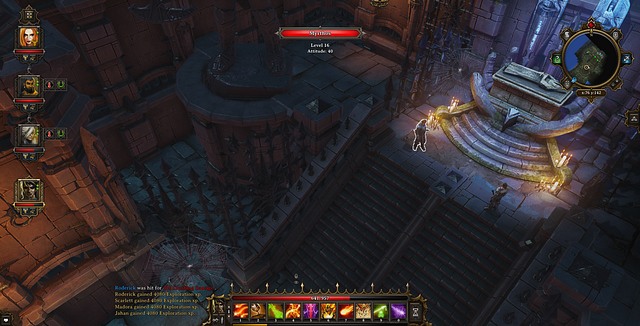 You meet the warrior at this sarcophagus

During the "War of the Stones" quest, while paying a visit to the tomb, you will encounter two warriors, who are looking for imps. You can tell them that there are imps at your plane of existence and they will teleport there. You can also lie and tell them to look at the Cyseal beach. If you select the latter, you need to get to the beach, in order to complete this quest. Use the teleporter to the "Cyseal Beach South", and you find them behind the bridge, which used to be guarded by the two drunken guards, at the beginning of the game. If, however, you choose the former, you will find them in "End of Time", where they take your imps and fly away.