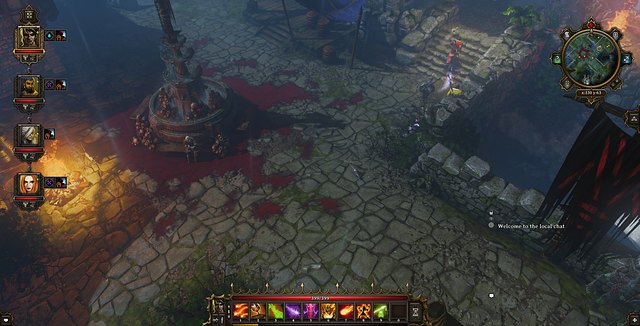 From the orc named Ratcatcher, who can be found near the tavern, you can learn about him trying to find the citizens with the help of rats.

By using the trait Pet Pal, speak with the cat named Jinxika (which will simply be called as "Cat"). The cat will ask you to kill those rats. The problem is, that the locals won't like this, so you must resort to a little trick. Take cheese and poison flask (both of them can be bought on the market in Cyseal), combine them and place it near one of the burrows - after a short while, the king of rats will emerge. All you have to do now is to kill it. If you've done that, you can just go back to Jinxika, and the cat will tell you where to find the citizens. Skip the next three paragraphs.

Second method of completing the quest 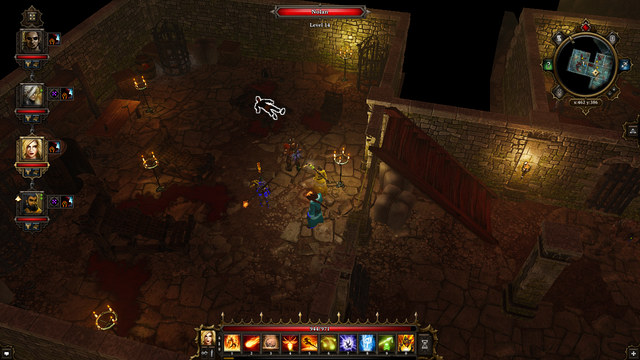 A prisoner inside of a torture chamber.

After the conversation with the cat, go to Jahrl in the Tribesmen's Warehouse, opposite the tavern. After speaking with him about the hiding citizens, he will inform you, that one of them is located in their dungeon. Afterwards, you can go below via a hatch on the floor. There, behind grating, you will see a torture chamber, and a prisoner called Nolan, with two characters torturing him. After a short conversation, you will be able to convince the watchmen that you know how to torture and to let you have the prisoner for yourself for a while. After a successful persuasion (an unsuccessful one ends in the watchmen attacking you), you will be able to speak with Nolan for a short while. Note: a conversation between the main characters will commence - you will have to select the second option, to try to silence Nolan, before he attracts attention. Of course, it will cause the watchmen to attack you. 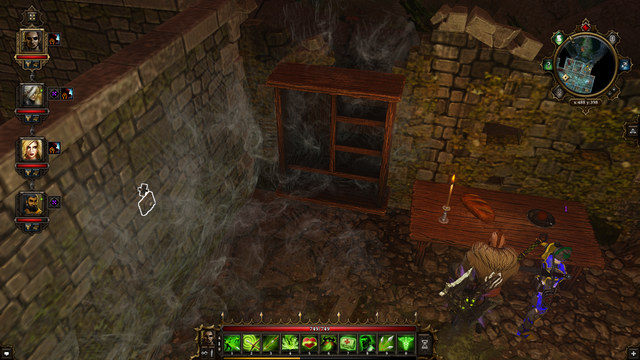 A switch to a secret tunnel.

After the fight, speak with the captive - he will inform you, that he will tell you the information you seek only after you've gotten him and his two co-captives from the nearby cell outside the dungeon. To do it, go to the end of the corridor - between the spider web, you will be able to see a switch opening a secret passageway. Clear the corridor of the enemies. Afterwards, you will stumble upon a group of five mushrooms - all of the elemental attacks heal them, and non-magical attacks make them explode. To avoid it, use the rain scroll / spell - wet mushrooms won't explode anymore.

After clearing the passageway, get back to Nolan. He will tell you to get the prisoners from a nearby cell outside. The key can be found by the corpse of a watchman. After setting them free, follow them - after they've stopped, you will learn about the location of the key and the entrance to the hideout.

The refugees are hiding behind the hut, close to the gate (marked on the map). The key to the hatch can be found in the bee hive behind the house of the wizard, on the east side of the city (the brighter part). After destroying the rocks and getting inside, you will find a group of refugees hiding from the orcs. If you convince them that you're on their side, you won't have to go to the white witch to get a proof that you're the wizard's friend. 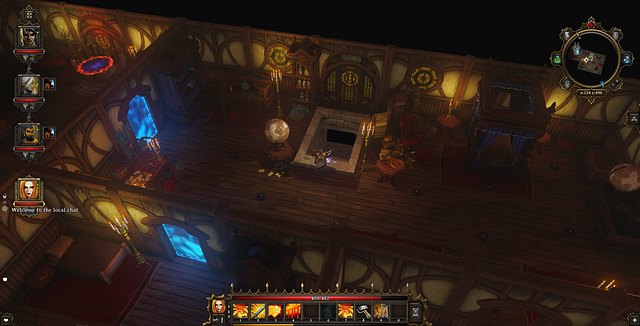 After convincing them, they will give you a portal activator, which will teleport you to the wizard's apartment, which is full of traps. To avoid them, move with a single character at a time.

By going up, you will find a room on the right side - go through the portal located in the middle of the room (to activate it you must light up all the candles). Flip the lever in the next room, which is located in the flooring, and after that do the same in the next room. The defense systems should be now turned off, so go tell the hiding refugees about it.