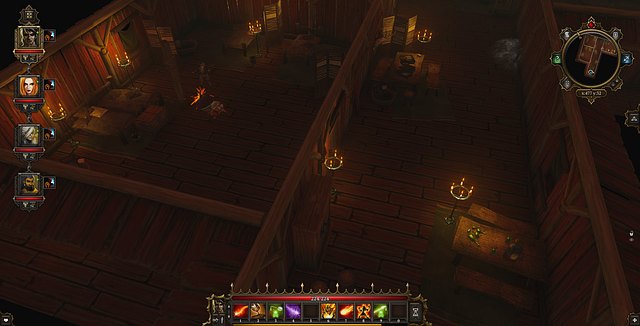 Boomer - one bad move and ka-boom

At the tavern, at the upper floor, courtesan Bonnie has been trapped inside one of the rooms with an explosive skeleton, which threatens to kill blow up and you will not be able to use the teleportation spell. If you select the second option, he will not blow up and you will be able to use the teleportation spell, to take him to the antechamber, where he explodes and the quest will be completed. If you go for the first option, you will receive the trait "Valiant" but, the girl will die and you receive no experience for this quest.

An A-mount of healing magic 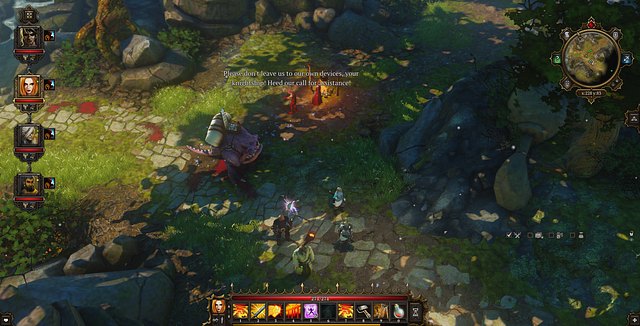 The wounded animal - you can either try to help, or not

To the West of the Silverglen, you meet Bjorn, whose horse is wounded. You can help escort Bjorn, and leave the animal, or try to heal it first. To heal, you are going to need a strong source of healing magic.

You can use the blood gem, which you can find at Loic's study, after you complete "The Initiation". You will then lose one of the rooms at your home location.

In the South-West of the forest, you meet a troll, who wants a toll of you, for passing the destroyed bridge. After you ask enough questions, you will learn where the troll king is hiding. Finally, you can either fight him, or pay the toll.

The Captive in the Crystals

In Hiberheim, in the frozen part of the area, to the East, you can find a frozen troll. Cast a spell over him to unfreeze him. Still, you will then be attacked by two snowmen. Just like any snowman, they melt under fire. 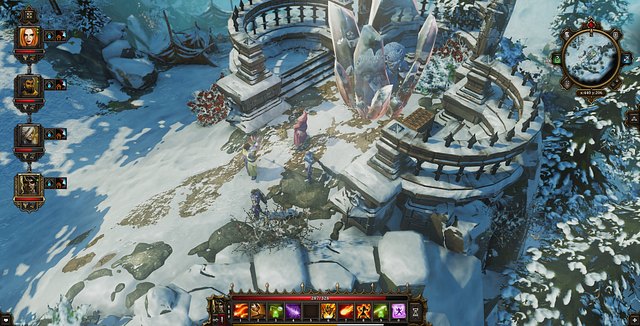 After you defeat them, the troll asks you to bring him the teleportation scroll. You can either agree to do that, or fight him If you agree to bring the scroll, you will find him in one of the cultist groups, which is roaming this land.

To the North, it is possible to find a frozen ice elemental. If you unfreeze him and help him fight, he will tell you that you can receive the ring of winter, using a secret medallion. All you need to do is put it on, in the center of Boreas's chamber with treasure. You can find the medallion in the chest, next to the woman trapped in the wall, from "The Wishing Brother".

To the South, you will find a trapped earth elemental. After you rescue him, he will go away happy.

Beauty and the Beast

Under the exit from Silverglade, you will find troll Fumble, who asks you to help him find a girl. return to the village and find a woman named Ruby, who is a courtesan, and tell her about the lonely troll. Remember to start this conversation, as the character that has more than 2000 gold, because this is as much as Ruby requires for her services. Once you pay her, she will go away, to the troll. Visit them to receive your reward.

To the East, behind the goblin village in the Luculla Forest, you will find Roy, who is leading the animals to the village, where they are to be slaughtered. The task is to prevent that from happening. You can convince Roy, to let the animals free, you can buy them from him, or you can simply kill him.

After making up your mind, you gain possession of the animals and you can decide of their fate - if they are to be brought to Cyseal or set free. If you decide for the latter, you need to skill to speak with animals.